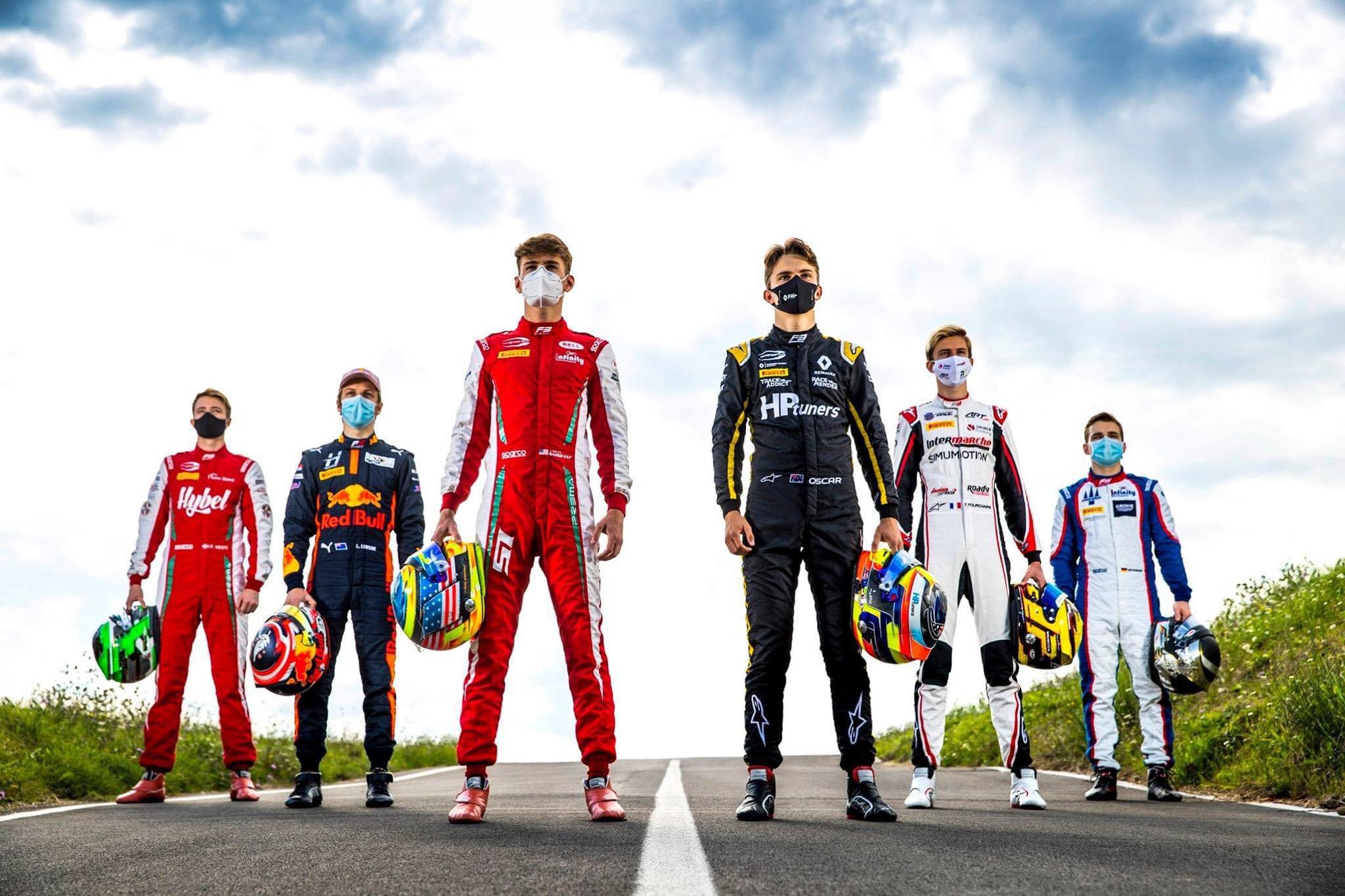 A truly incredible second instalment of the FIA Formula 3 Championship reaches a climax at Mugello, with the Drivers’ Championship still up for grabs after a dramatic weekend at Monza. Frederik Vesti took victory in Race 1, clinching the Teams’ Championship for PREMA Racing on home soil, while Jake Hughes won Sunday’s Race 2.

David Schumacher enjoyed his best F3 session of the season, topping Friday’s Free Practice in his Carlin Buzz Racing machine, before Liam Lawson was promoted to pole position after a Qualifying session that saw Théo Pourchaire, Lirim Zendeli and Alex Smolyar among nine drivers to be handed grid penalties.

Saturday’s action was intense, and Pourchaire clearly had the bit between his teeth – the Frenchman rose from P6 to lead from Lawson by the end of Lap 4. There were overtakes aplenty throughout the order, and Vesti wasn’t hanging around either. The Dane surged from ninth on the grid to catch and pass Pourchaire with two laps to go for his second win of the year. Oscar Piastri grabbed third place, and with it the Championship lead, having started 15th.

The result meant that PREMA were crowned Teams’ Champions for the second year running, but if the Italian outfit thought they could celebrate on Sunday they were mistaken. All three drivers failed to finish Race 2, which Hughes claimed comfortably. Pourchaire snatched another second place finish after Lawson was hit with a time penalty, with ART teammate Smolyar gaining his first podium in third.

It’s still all to play for in the Drivers’ Championship with just two races left in the season. Piastri (160 pts) has moved back into first place, eight points ahead of teammate Logan Sargeant (152). Pourchaire (136) is third, 24 points off top spot and still in contention. Likewise, Lawson (127) in fourth and David Beckmann (123.5) in fifth are still able to take the title if things go their way.

PREMA Racing (429.5 pts) have already secured back-to-back Teams’ titles, but will no doubt look to increase their margin over compatriots Trident (227.5) at another home event. ART Grand Prix (214) have closed the gap from third however, so the battle for second place is on. Hitech Grand Prix (151) are fourth ahead of MP Motorsport (103).

A new addition to the calendar, Mugello presents a new challenge on Pirelli’s hard compound. We’re in a for an amazing F3 finale!

FROM THE GRID – LIRIM ZENDELI (TRIDENT)

“What I like about Mugello Circuit is that it has a lot of flow. I like fast tracks and Mugello is a really fast track. There’s not really a slow corner on it.

“I’ve driven at the circuit before and was quite competitive. I did my first Formula Regional race there. I’d never driven the car before, but I got two podiums, so I have good memories there.

“Tyre management will be important. We’re using the hard compound, but it’s an aggressive track. The tyres are being pulled almost all the time. In Formula 4 and Formula Regional tyre management was a big thing. Even in F4, you could no longer take some of the corners flat out like you could do in Quali. That will probably be the biggest issue compared to other tracks. I think Spa was pretty bad, but there could be worse.

“The biggest challenge will be staying behind through the sections. There’s a lot of chicanes and quick corners where you lose the downforce, and when you come to the straight you need to be close to overtake. It’s quite a long straight, so overtaking is possible, but you need to stay behind other cars through the quick sections before, and that will not be easy.

“There’ll only be one main overtaking zone and that’s into Turn 1. I can imagine if someone makes a mistake into the right-hander before the last corner, that could also be an overtaking possibility.

“I hope to be able to finish the season on the podium, and I’m pretty sure we will be really competitive. I’ve had a lot of bad luck this year, so unfortunately I don’t think P5 and P6 are possible anymore, but I’d like a second win this season to grab P7 in the Championship.”

“Last Sunday’s Formula 3 race was perhaps one of the most unpredictable that we have ever seen, but throughout all the incidents and overtaking, the tyres performed extremely well, ensuring breath-taking action from start to finish. Congratulations to PREMA for an excellent result on home territory, winning the F3 Teams’ Championship.”