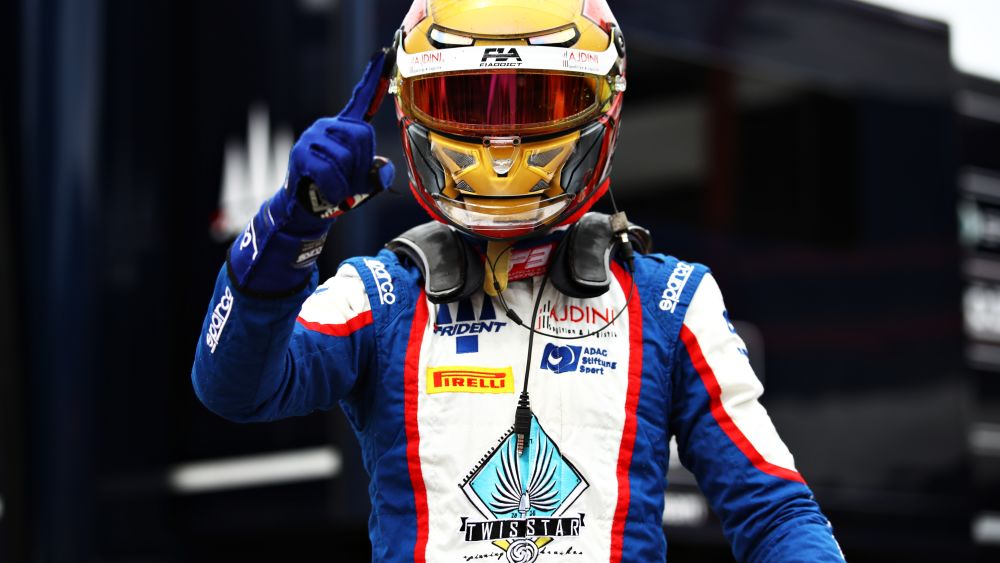 Formula 3 qualifying for the Belgian Grand Prix began against a backdrop of threatening skies. The potential for rain had engineers telling their respective drivers to push for a fast lap during the early stages of the session. Respected motorsport Journalist Peter Windsor explained on Fox Sport that drivers were faced with the dual dilemma of trying to find clear track whilst at the same time looking for the tow from another car in order to produce the optimal lap time.

Jack Doohan had set the standard in the earlier practice session, but was now faced with the inevitable traffic that followed from the HWA RACELAB’s position in the pitlane, a problem that also faced Jenzer Motorsport’s Calan Williams and the Campos of Alex Peroni who sat towards the last of the cars awaiting the chance to go out on track.

The field went out on the medium compound tyres for the 30 minute qualifying session with the Trident, HITECH and ART teams the first out, with PREMA’s championship contenders Logan Sargeant and Oscar Piastri in close pursuit.

Cars completed their first lap in warm up mode, well off the pace as they weaved across the track to gain tyre temperature. It led to a gaggle of cars three wide across the track and thwarted any early attempts to gain speed. Such was the lack of speed that some elected to back off and find a gap, while others elected to soldier on amongst a traffic jam of cars.

“What is going on?” Hughes exclaimed to his engineer as he sat sandwiched between a group of dawdling cars some four minutes into the session. “Why is nobody overtaking?” Hughes added shortly after.

Doohan finally set the early benchmark time of 2:05.393 with just under 8 minutes of the session completed only to topple to 5th behind Zendeli, Pourchaire, Smolyer and Verschoor as the first drivers completed their lap.

Michael Belov brought out the red flag as the field looked to complete a first flying lap. The Charouz Racing System driver had made heavy contact with the barrier at Pouhon Corner which tore the rear wing from his car.

The session had counted down less than 20 minutes by the time the circuit had been cleared and cars returned to the circuit. There was the familiar scenes of heavy traffic jostling throughout the field as drivers looked to gain an advantage at the expense of those around them. At the end of the first runs Zendeli held the fastest time from Pourchaire and Smolyer. Championship leader Sargeant had climbed to 4th, Oscar Piastri to 8th and Alex Peroni held 10th. Doohan had dropped to 14th and Calan Williams 21st.

Light rain began to fall around the highest point of the circuit near Rivage which threatened to derail any hopes of a faster lap later during the closing stages of the session. The majority of the field ventured back out on track as the clocked ticked down to the final ten minutes of the session, however the PREMA cars and the Campos of Alex Peroni remained in the pitlane with rain falling around turn 8. The decision appeared to be well justified as cars sprayed water into the air near Rivage and risked losing adhesion on their medium compound slick tyres.

The deterioration in track conditions assured Zendeli, who had been amongst the first of the cars on track and in clear air, of pole position for the race. Most teams elected to remain in the pitlane for the final minutes of qualifying, whilst some made a futile attempt of etching out a competitive lap. ART driver Pourchaire and Smolyer were also amongst those to find clean air near the front of the pack and snared 2nd and 3rd on the grid. Sergeant, Beckmann, Verschoor, Lawson, Piastri, Vesti and Peroni completed the top 10. Doohan and Williams also remained in 14th and 21st respectively.