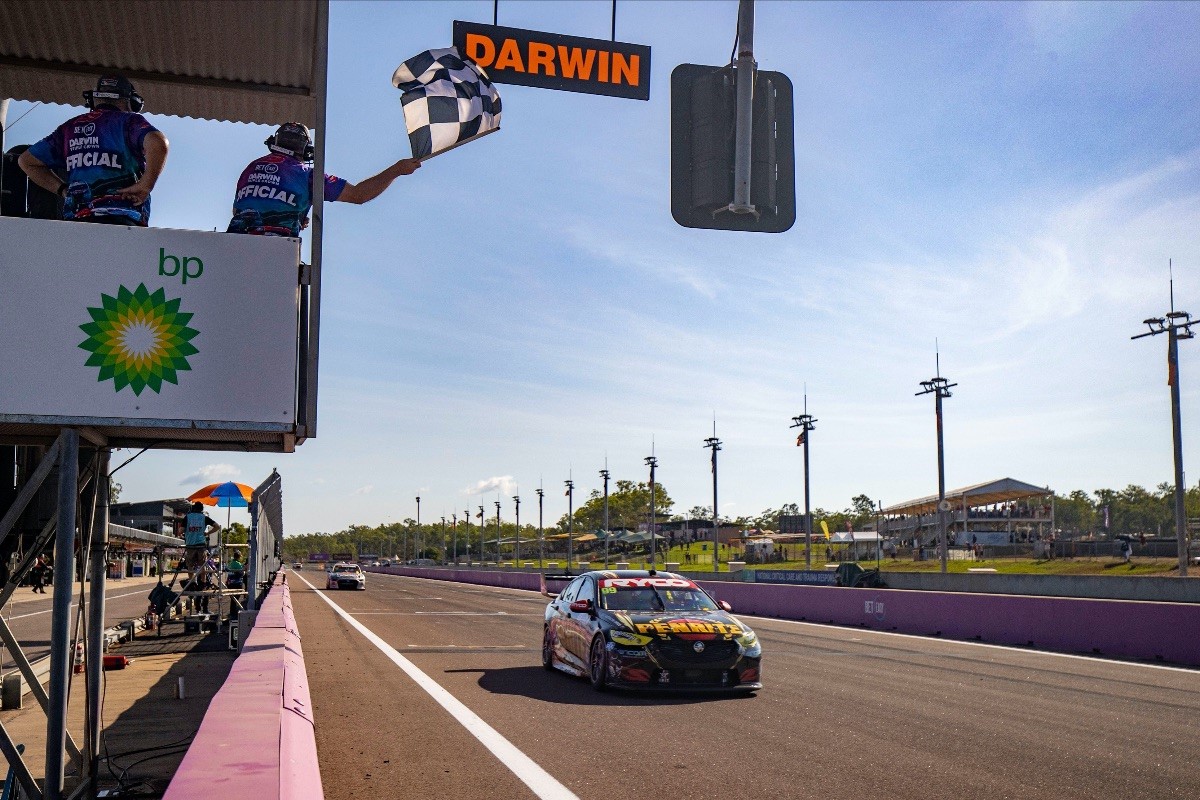 A maiden win in his third year in Supercars has given Penrite Racing’s Anton De Pasquale a taste of success, something he is keen to replicate when he gets a second crack at the Hidden Valley circuit in Darwin this weekend at the Darwin SuperSprint.

Reflecting on his victory last Saturday at the Darwin Triple Crown, De Pasquale said the winning feeling was something he could get used to and is confident the team can continue the success.

“It was awesome, everyone dreams about winning their first Supercars race and you always enter every race you compete in to win, so to get that one under my belt is really cool,” said the 24-year-old Victorian.

“Darwin has been a place that’s been really successful for us as a team overall, so to get the win up here is really fitting. We just seem to click up here and everything just seems to work. We’re feeling really good heading in for another crack.”

De Pasquale showed great pace last weekend and although the team used up both sets of soft tyres in the winning race, the pace the car showed over the whole weekend was encouraging.

“Even though we had a strategy advantage on the race we won, the pace that we had was pretty fast compared to what would have won the next day.

“I think we backed that up by qualifying third on partially used rubber on Sunday, when everyone else had fresh new tyres, so it showed how good our car was. We were on the back foot but our car was still as fast as most people.”

With the entire field running on soft tyres this weekend, De Pasquale is confident that the team will be on the pace and that the luxury of having time to adjust the car is a bonus for everyone.

“Back to back racing is good. We get five days to analyze data, dissect all the information, understand it all and come back and do it all again. I think that is a massive advantage that everyone has so rolling back out onto the track I think most people will get a bit more out of the car.

“Our base is pretty good so just need to fine tune a few things and hopefully be somewhere up the front battling again this weekend.”

And as for all the teams running on soft tyres, he is unphased.

“We are in a situation where we are probably transitioning into doing what the fans want, entertainment I suppose. Whatever the rules are and whatever is happening on any given weekend, we just have to maximise everything for our brand and our team, so it doesn’t really bother me. I just get into the car and drive as fast as I can.”

This weekend’sDarwin SuperSprint will feature three 38-lap races, with one on Saturday August 22 and two on Sunday August 23.