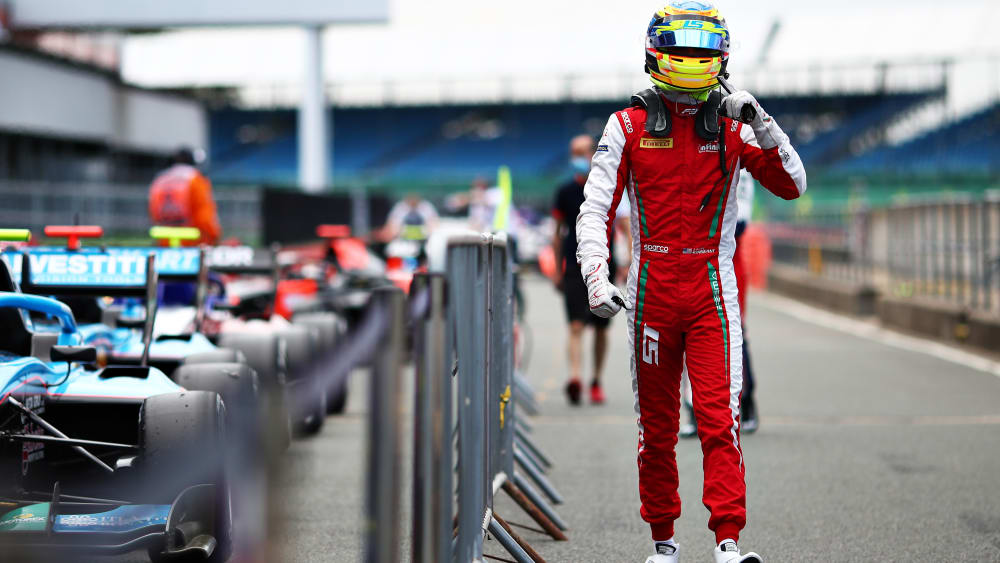 PREMA Racing’s Logan Sargeant became the first double-polesitter of the season in FIA Formula 3, finishing 0.2s ahead of Hitech Grand Prix’s Liam Lawson in Round 5 at Silverstone. The Kiwi racer claimed his second front row start of the year, just beating out the much-improved HWA RACELAB of Jake Hughes.

Alex Smolyar was the first out on track in his ART, followed by teammates Sebastián Fernández and Théo Pourchaire. It was the Frenchman who set the quickest early time, getting 1:46.743 on the board.

Pourchaire was dropped down the order when the bulk of the times started coming in, as Lawson took control of the session, six tenths faster than the ART.

That was until PREMA unleashed their machine on the session. Sargeant and Oscar Piastri both bettered the Hitech driver for first and second. The American took a cool down lap before throttling it around again and bettering his own time by nearly five tenths to remain P1.

Hughes and David Beckmann managed to break into the top four ahead of the second stint, pushing Lawson back to fifth.

Piastri’s PREMA machine was continuing to cause him trouble in Round 5. The Australian had been forced to retire from Free Practice with mechanical issues and looked to be suffering from similar problems in Qualifying, stopping on the side of the road on his entry to the pits.

Piastri was firmly aware of how crucial a blow it could be to his Championship hopes if he failed to get back out on track and was desperately trying to restart his engine. Eventually, he did manage to force his PREMA back into action, and dragged it down the pitlane for his engineers to take a look at.

PREMA worked hard to get him back out on track, but their efforts weren’t quite enough, as he pulled over for a second time on his return to the track. He’d not get going again this time, bringing out the red flag as his car was recovered.

All bar Piastri managed to get back out for one final push lap, and the Australian would ultimately plummet down the order, all the way to 11th.

His teammate, Sargeant, could not be beaten around one lap and confirmed pole with a time of 1:45.063. Lawson came the closest, but fell two tenths short and had to settle for second.

HWA RACELAB enjoyed a resurgence as two of their drivers made it into the top seven. Hughes clinched his highest Qualifying position of the campaign with third, while Jack Doohan managed to nab seventh at the death.

Alex Peroni will start from 18th with Calan Williams Racing from 20th.

Sargeant is still searching for his first win in F3 and will hope to seal a lights-to-flag victory around Silverstone in Race 1 tomorrow at 9.25am local time. 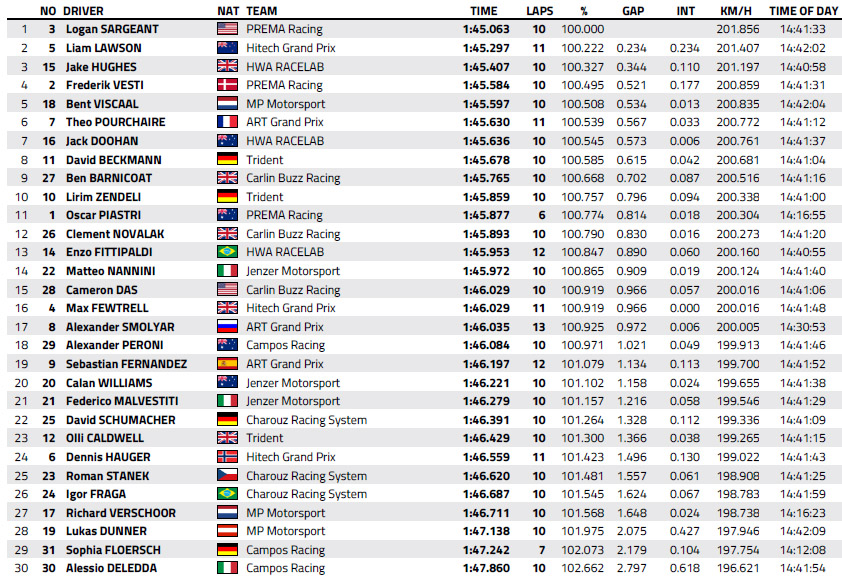