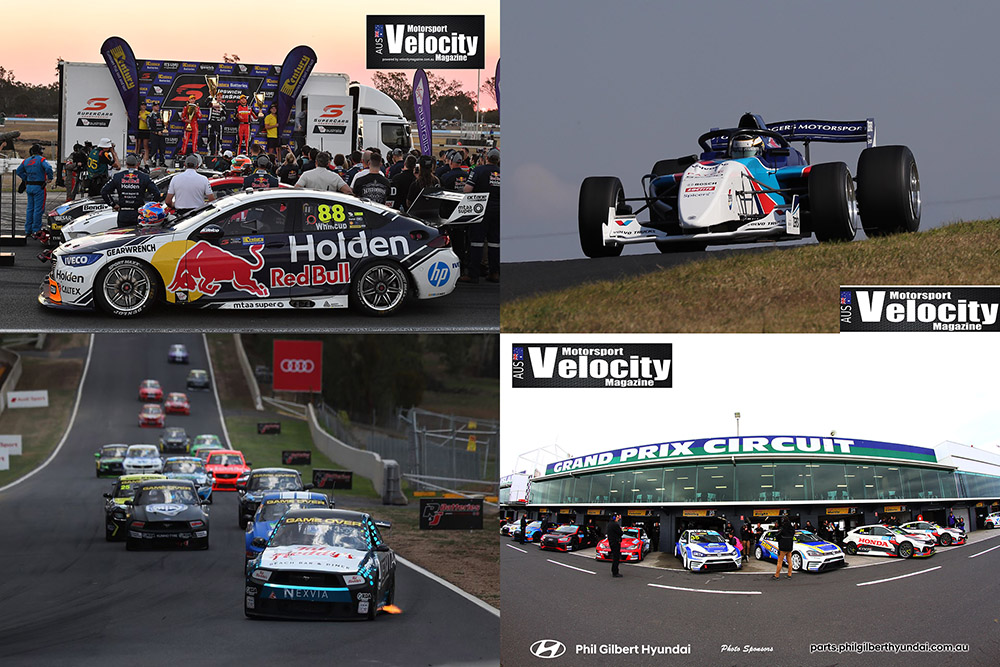 The second wave of COVID-19 that is sweeping across Victoria, may well spell a premature end to Australian Motorsport, at least from a National perspective, sooner rather than later.

Since June 9, Victoria has confirmed 10,600 cases of COVID-19 with 128 deaths, a figure greater than the combined total for the entire nation during the first stage of the Pandemic. Several clusters spilled north with a further 695 infections recorded in NSW and 2 deaths as of 5 August 2020. Queensland and the Northern Territory governments reacted with renewed border closures for residents of NSW and Victoria.

It is understood that a News Limited story today quoted modelling data which predicts infection rates throughout Victoria won’t peak until late August. High infection rates are suggested to continue throughout September and October of this year. If accurate, border closures seem likely to stay in force for much of what remains in 2020. The data was neither confirmed or authorised by Victorian and Federal Health Officers.

Sean Seamer, Supercars CEO, confirmed yesterday that the CoreStaff Darwin SuperSprint will take place after the BetEasy Darwin Triple Crown, which has been pushed back by a week to accomodate the late arrival of teams and enforced isolation periods. Townsville will also run from August 29-30.

From that point, the 2020 schedule remains fluid, with Queensland Raceway a possible addition to the schedule.

“We’re absolutely looking at that as an option,” Seamer told Supercars Media. “It’s obviously in a good location from an operational point of view for the teams but we have just got to keep an eye on the hotspots over the next couple of weeks. I think if nothing else, the events over the past couple of weeks have shown us that it’s extremely difficult to plan more than four to six weeks in advance at the moment,”

The relocation of Victorian and New South Wales teams has taken a heavy toll on personnel and team finances. A proposed rest break prior to Bathurst now appears unlikely, given travel restrictions across the southern states. The possibility of the championship being decided at Bathurst has been mentioned as one possible solution.

“I think the thing that’s at the forefront of our minds is the amount of time that our people, teams, TV, our partners and suppliers are spending away from their families is taking its toll, so that is a consideration,” Seamer explained. “We are looking at that as part of our planning but like I say, there’s four or five different scenario plans that we’ll execute under a range of circumstances.”

“It (The 2020 Supercheap Auto Bathurst 1000 as the final race) is an option and I know that that’s something that’s attractive to a lot of people because everybody has wanted Bathurst to be the finale and they feel like it should be,” Seamer added. “It is our finale in so many respects, but we won’t be making a call on that until closer to Townsville.” READ MORE FROM SUPERCARS HERE

Sean Seamer believes that the collateral damage from an early conclusion to the 2020 Virgin Australia Supercar Championship is limited.

“The good thing about Tasmania, Perth, QR, Bathurst is that they’re not street races, so the builds aren’t as significant and I think what our team has shown is they can quite quickly get an event up at a dedicated racetrack,” said Seamer. “Deadlines associated to those types of events is really down to the travel timeline.”

While the 2020 Virgin Australia Supercar Championship may look to Bathurst for the close of the 2020 season, could ARG be looking at the same venue to kickstart a belated season for TCR?

AND this morning the Aussie Racing Cars cancelled their next round at Wakefield Park.

PLUS Supercars have just today confirmed a doubleheader for Townsville too.

We understand that stakeholders have recently discussed a range of scenarios for 2020, of which cancellation of the year was not considered to be an option. As ARG category management and a significant percentage of team are based in Victoria the restart of Supercars and the relocation of teams was a moot point, as was the possibility of joining some categories within state-based racing for the short term.

Given the Victorian health modelling figures and the tightening on travel permits, it seems highly unlikely that interstate travel will resume any time soon. Should infection rates follow the forecast, there may be a theoretical possibility of national events occurring in the final months of 2020, though as we have come to understand, any plans would need to be fluid.

“We are working very hard on all sorts of contingencies to ensure we can get racing as soon as possible,” said Paul Riordan, Motorsport Australia’s General Manager for Media and Communications, when contacted by Velocity Motorsport Magazine.

November 12-15 had been slated for the Bathurst round and may just sit inside a window of opportunity, should the season get the green light. The series was set to adjourn during December then conclude with a Tasmanian double header in late January. Should Bathurst go ahead it opens the door for a potential summer series throughout December and January. Such a concept would be reminiscent of the old Tasman Series, which rather ironically included Australia’s premier open wheel series of which S5000 may now take claim.

With the international cricket season on hold and the northern winter it may well provide the ideal opportunity to showcase ARG’s categories on a world stage.

Have your say below in our comments section, we would love to hear from you.  John Morris & Darin Mandy.