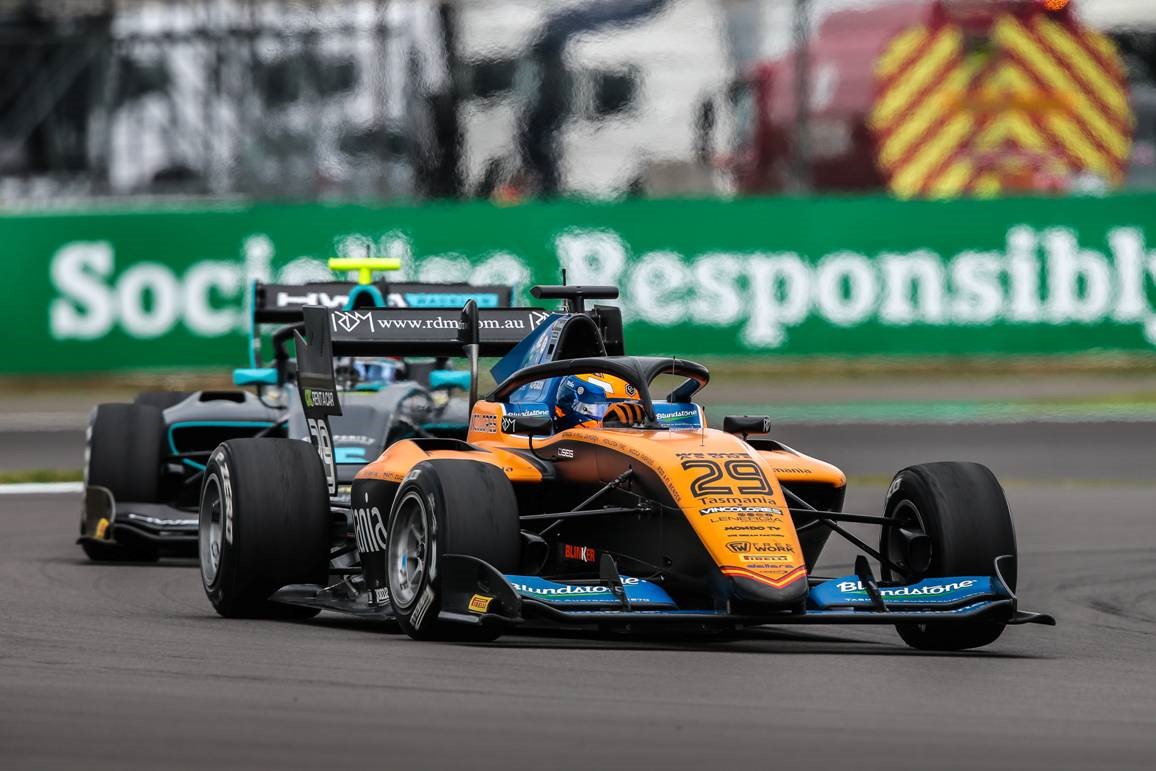 Young Tasmanian Alex Peroni’s resurgence in the FIA Formula 3 Championship continued on the weekend with strong results in round 4 at Silverstone in Great Britain.

In a hard-fought 20-lap, 118km contest, he finished less than a second behind German winner David Beckmann and Briton Clement Novalak.

That was after officials demoted the first driver to cross the Finish line, Russian Alexander Smolyar, to sixth for a driving infringement.

The result elevated Peroni to eighth in the pointscore from ninth, where he’d slumped from third after the opening race at the Red Bull Ring last month.

He failed to add to his tally when his car lost power in the second Red Bull Ring race, then was off the pace in both races the following weekend in a second consecutive round at the Austrian track.

Point-scoring seventh and 10th places last time out at Hungary’s Hungaroring a fortnight ago marked the start of Peroni’s recovery.

With four rounds completed, his 42 points far exceed the meagre five he accumulated from the six rounds he contested in last year’s FIA Formula 3 Championship, before a horrifying crash at Monza prematurely ended his campaign.

The series continues next weekend with another consecutive round at Silverstone.

“It was good to be top six in qualifying and the first race, and finish the weekend with a podium,” Peroni said.

“The second race was close all the way, but I really couldn’t have finished any higher. It’s very hard to overtake in dirty air when the driver in front also has DRS (Drag Reduction System), unless he makes a mistake.

“But this weekend I had the car speed to take advantage of any overtaking opportunities. We made progress throughout the weekend with a good step forward in race 2.

“We can still improve, and I hope we can keep that going in the remaining rounds.

“Thanks to Campos Racing and my sponsors and supporters for their ongoing support.”