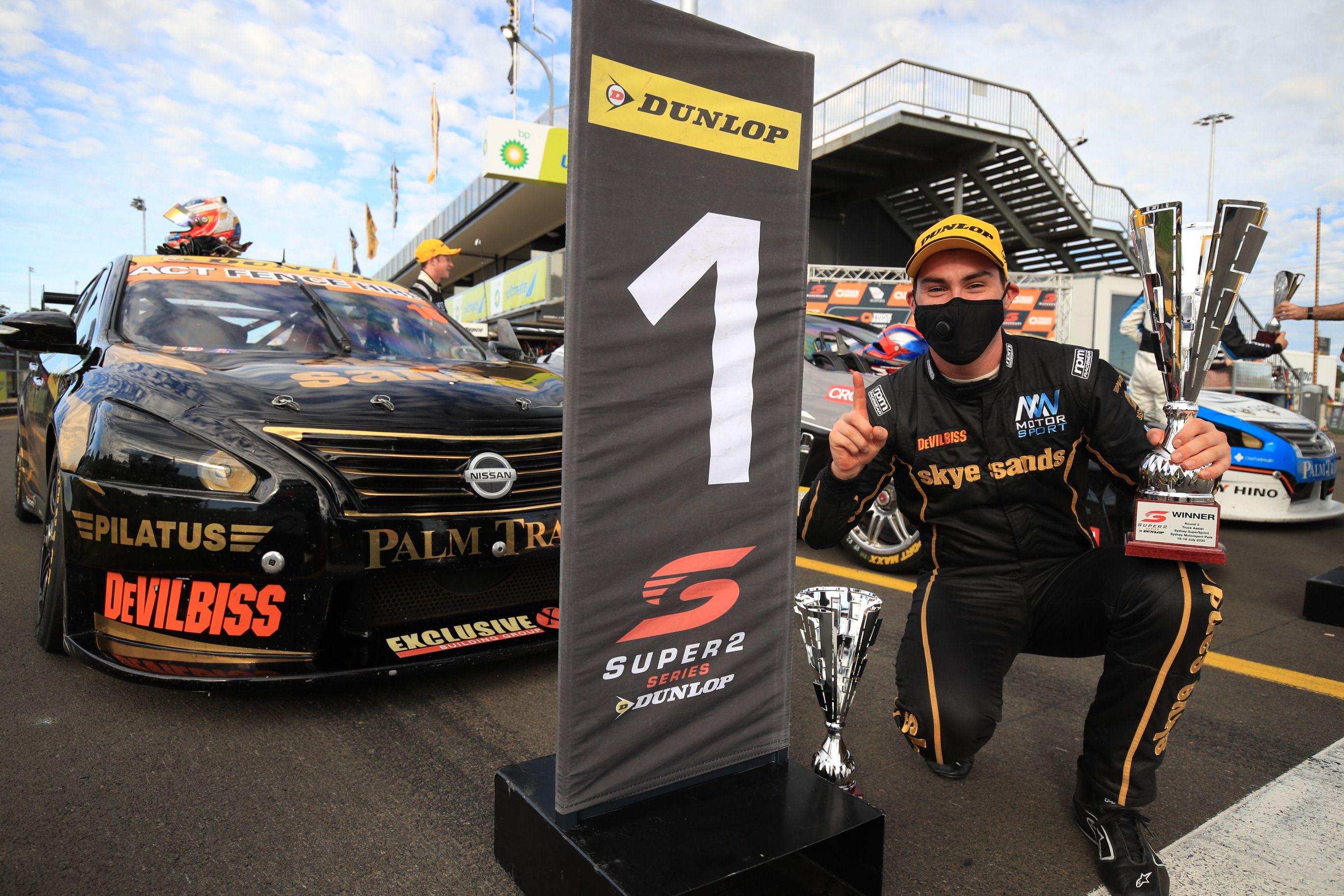 Thomas Randle is celebrating a brilliant weekend in Sydney which saw the 24 year-old dominate the Super2 weekend and take the lead of the championship.

The MW Motorsport driver took out both pole positions to continue his perfect qualifying record for 2020, before finishing second in the controversial opening race, and then taking out yesterday’s feature Sunday race – leading every lap.

Randle called it one of the most satisfying weekends of his career, considering the upheaval he and his Melbourne based squad have endured with the closing of the New South Wales borders last week which forced his team to flee Victoria.

“After everything this team has been through the past week and a half, to get the guys such a great result is so rewarding,” Randle said.

“The crew have been away from their homes and their families for two weeks, and after a five month break from the track – to be right on the pace shows that Matt and his team are some of the best in the lane.”

“And then for us to land a 1-2 finish, with my MW Motorsport teammate Jayden Ojeda grabbing second, was just terrific.” 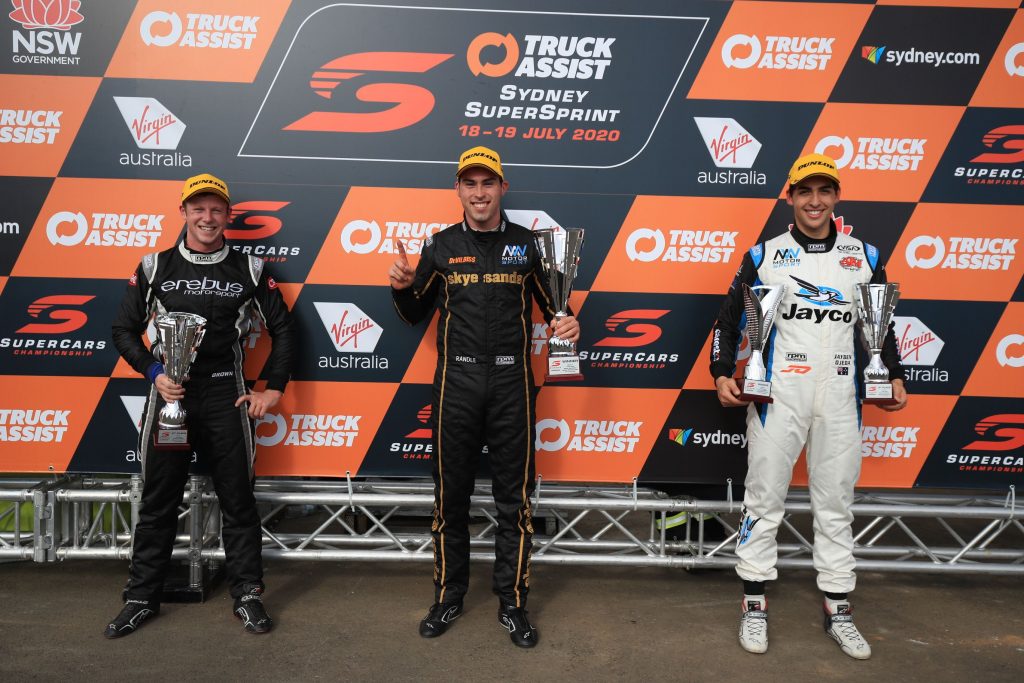 Indeed the only issue for Randle came post-race on Saturday night – after he was earlier penalised by stewards, but after appeal – had the decision overturned and a second placed finish reinstated.

“The restart incident in Race 1 was unfortunate. I was glad that Bairdo and the stewards were able to look into that. That would have really changed the course of the weekend.

“There was clearly a yellow flag on the restart which made me baulk – and once the stewards saw that they were happy to concede.”

“To also get both poles and help MW Motorsport now have the most poles in Super2 history, is really cool.” 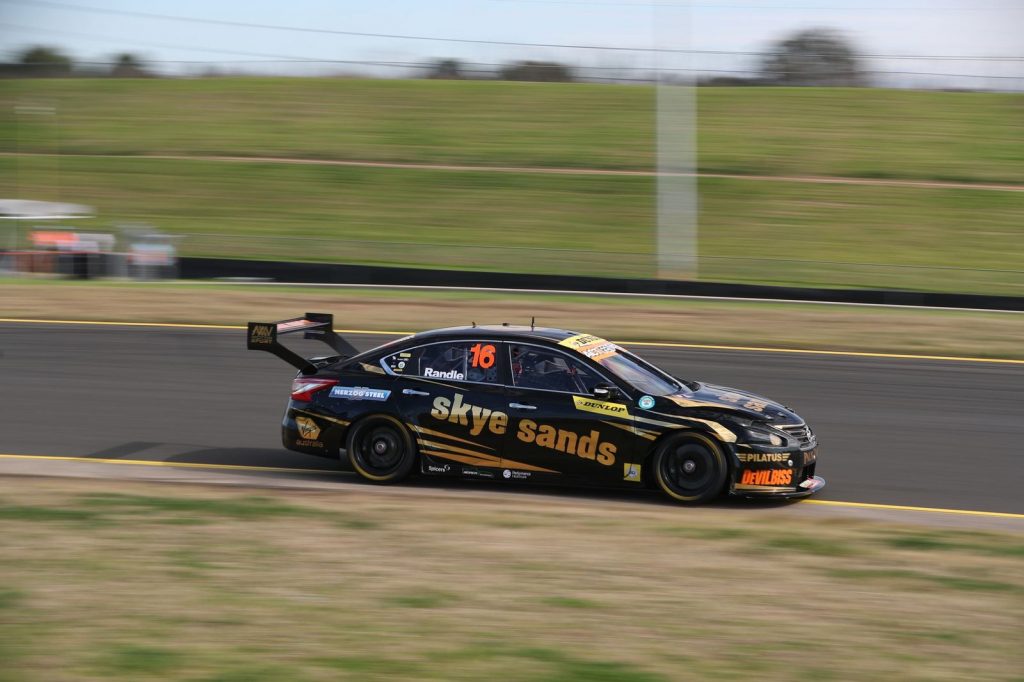 “There’s a bit of controversy yesterday for Thomas, but none of it was his doing. It was a shame not to have the win, because he earned that as well, but to come away with two poles, and to have the series lead is excellent.”

Randle now leads Holden driver Will Brown by 38 points in the championship.

“It’s nice to lead the series right now, because right now who knows when we will be next racing,” Randle said.

“We raced in Adelaide in February, and then had to wait until July to race in Sydney, so at the moment – we’re still waiting on what’s next.”

“I just want to thank my brilliant team – from Skye Sands, ACT Fence Hire, DeVilbiss and new partners Herzog Steel, Exclusive Building Group and Weber Stores. It’s been a great weekend and its a fantastic way to repay them for all their support in these challenging times.”

The next Super2 event is scheduled for Sandown on September 19 – 20 – but with the extreme COVID spike in Melbourne that now seems no certainty.