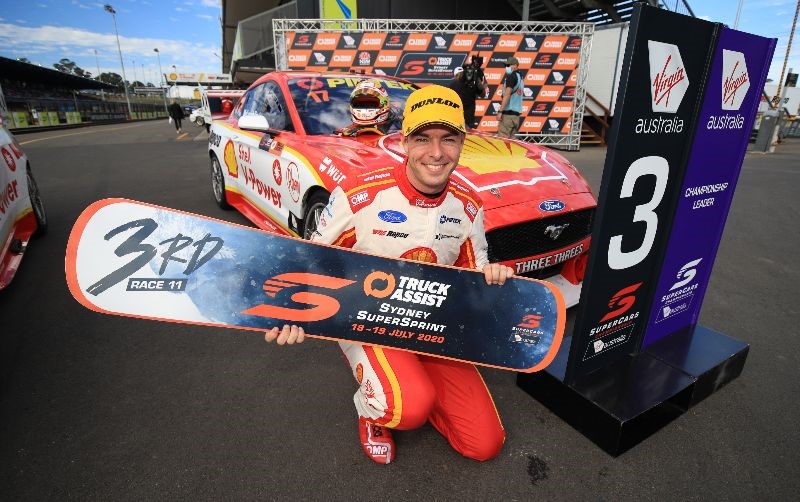 Glass half full or glass half empty?

Where should I start?

Let’s start with the positives of the weekend first.

Again, it was awesome to be back at the track and providing entertainment for everyone in these tough times.

The light towers the team at SMP have built are brilliant and the action looked spectacular.

It was great to be right on the pace – with a couple of poles, a win under the lights, and a really cool podium finish on Sunday.

It’s great for smaller teams like BJR to be on a roll with another race win, and for Jack Le Brocq to get his first win in the main series.

Again I loved the short and sharp format – with practice sessions, qualifying and racing sandwiched into a tight two-day format.

And I seriously loved seeing some fans back in the stands – I know there weren’t many of you, but we could hear you and loved seeing supporters back trackside.

I don’t want to be all negative Nelly – but you only had to see the angry folk up and down pit lane last night to know plenty were upset.

The buzzword was tyres – we spoke about them WAY too long all weekend.

I totally understand the limit on tyres being brought into the sport, but in my view tyres had too much of an influence on the on-track action.

Hard compound tyres were introduced to the mix this past weekend – and we had to juggle three sets of hards and two sets of softs for the duration of the event.

There was no way you could contend in all three races – and we were shot ducks for race three when we had nothing to play with.

We are all competitive guys and we don’t want to run around for 14th – and there were plenty in the same boat – which is why there were so many disappointed faces after the weekend.

And for all the good I mentioned before – I reckon it wasn’t Supercars at its very best.

No one wants to see some in the Shootout have a crack, and some save their tyres – and be three seconds off the pace.

I’m not sure if we want races where the sport’s biggest teams can’t even contend because their tyre bank is cooked.

So I like the fact the sport is trying new things – they are willing to have a crack at just about anything right now to ensure the sport continues in 2020 – but if it was my call, I’d be supporting sticking to one compound from now on.

In the end, first, third, and 14th across the three races were still good enough to land the overall round win.

We turned a 49 point championship lead into a 107 point lead over Jamie Whincup, so again, a positive to finish on!

Before we go – I’d also like to give a shout out to the Victorian teams who are helping the sport continue – it can’t be easy for any of the guys and girls to be away from home and loved ones for such a long period – but we all appreciate it.

I hope you guys can enjoy some Queensland sun, before heading for the NT.

And for the Supercars fans in Victoria, I hope you’re staying safe.

See ya in Darwin.