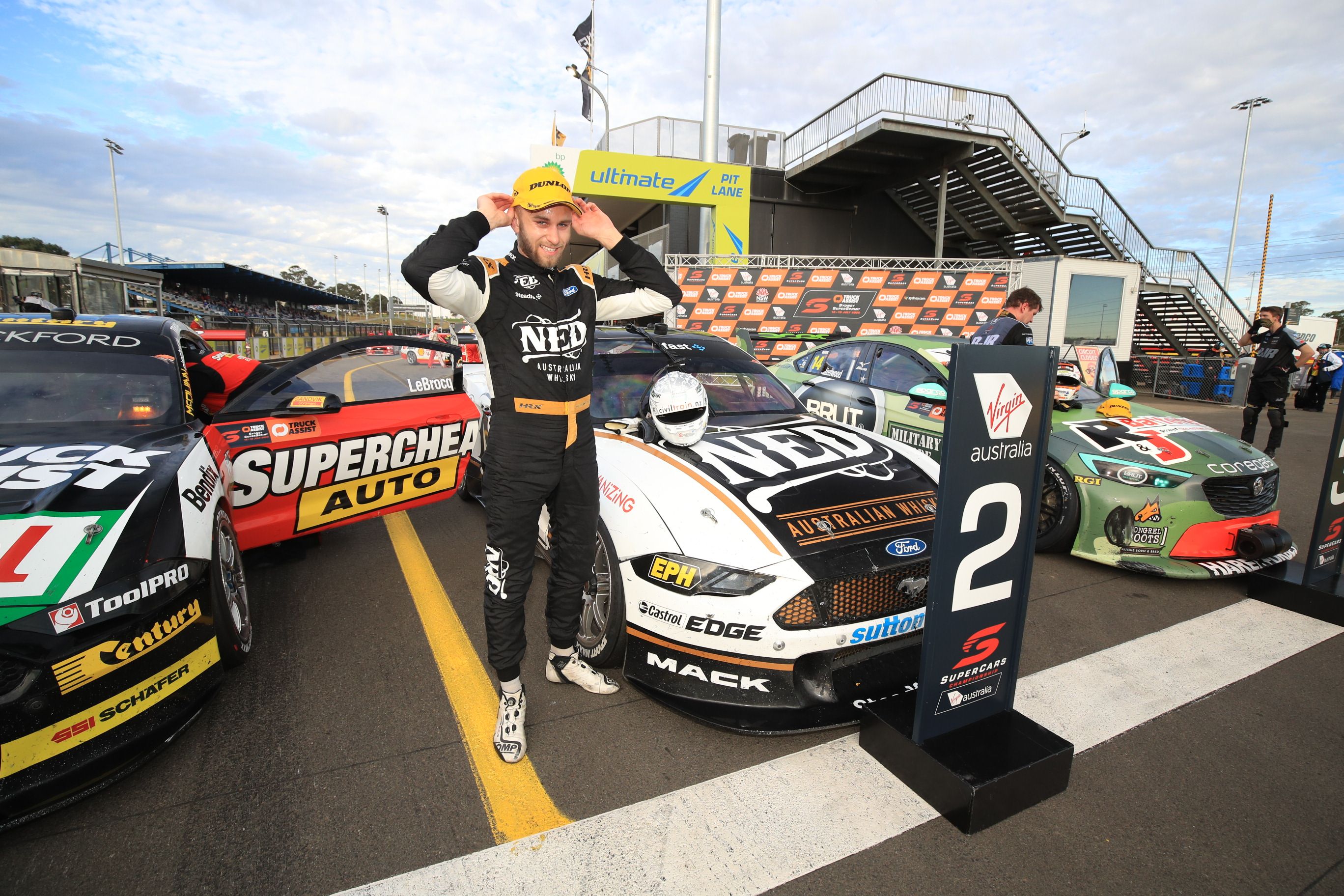 Kelly Racing has rebounded after a challenging start to the TruckAssist Sydney SuperSprint, highlighted by NED Whisky Racing driver André Heimgartner securing his first Supercars career pole position in qualifying. By holding back yesterday and running only the hard compound Dunlop tyres, the team was able to maximise its performance today on its allocation of the quicker soft tyres.

Heimgartner started the day with a solid outing in qualifying for Race Eleven of the Championship claiming P4. In qualifying for Race Twelve, André set one lightning-quick lap time at the start of the session which couldn’t be beaten, giving him his first Supercars career pole position and the team’s first pole with the Ford Mustang.

In Race Eleven, Rick got a fantastic start while André played it safe to ensure the car was in good shape for the final race. Rick was able to leap into the top-five within the first lap on his soft tyres and give fourth-place Fabian Coulthard a run for his money.

At the pit stop Rick bolted on a second set of fresh soft tyres to get to the end of the race and went after Courtney and Coulthard ahead. In the closing laps it was a three-horse battle for the final spot on the podium between a hard-charging Mclaughlin, Courtney and Rick Kelly.

Rick was under pressure from McLaughlin behind and right behind Courtney in third place. On the final lap Rick had a look down the inside, but was then forced wide by McLaughlin onto the grass, allowing Chaz Mostert to also come through. Rick eventually crossed the line in a still-respectable P6. André meanwhile was focused on having a clean race on hard tyres and finished P12.

The final race of the weekend saw André Heimgartner start from pole position for the first time in his career in the NED Whisky Ford Mustang. André got a great start alongside veteran Jamie Whincup and held onto P1 on the run into the first sector. André was able to manage the pace with a decent buffer back to P2 for the first stint of the race.

After the pit stop, André re-joined the race on cold soft tyres just ahead of Jack LeBroq. However LeBroq’s warmer green tyres had more grip and André couldn’t hang onto the position. The two drivers fought all the way to the flag and had company from Reynolds and Hazelwood in the closing laps as the tyres went off. André did a great job to maintain his composure and claim the team’s first Mustang podium in P2.

Rick meanwhile used his soft tyres in the previous race, so he only ran hard tyres for the final. The Castrol Racing driver enjoyed a few good battles on his way to a seventeenth place finish.

The team now looks ahead to continuing its success in Darwin as the Championship heads north for two back-to-back race weekends at Hidden Valley Raceway.

“The race went fairly well for us, we got a good start and had a good battle there with Jamie through turn one which was cool. The car was really speedy in the first stint, I was able to drive away and build a pretty good gap to the car behind and wasn’t really phased by too much, the car looked after its tyres really well.”

“We pitted and came out and Jack was right on our rear bumper and on cold tyres I did all I could to try and keep him behind but he just snuck by on his warm tyres. When you’re close behind someone the aero wash deteriorates the tyres so I tried to save them a bit and have a go at the end but it wasn’t meant to be.”

“I think we lost a little time in the pits compared to Jack, but overall that we had pole position, we came second and the speed was very impressive. It’s a big tick in a lot of areas and now we have to use this as motivation to go forward. We haven’t unlocked it all just yet, we still have some work to do and go to Darwin and have a big crack at it.” 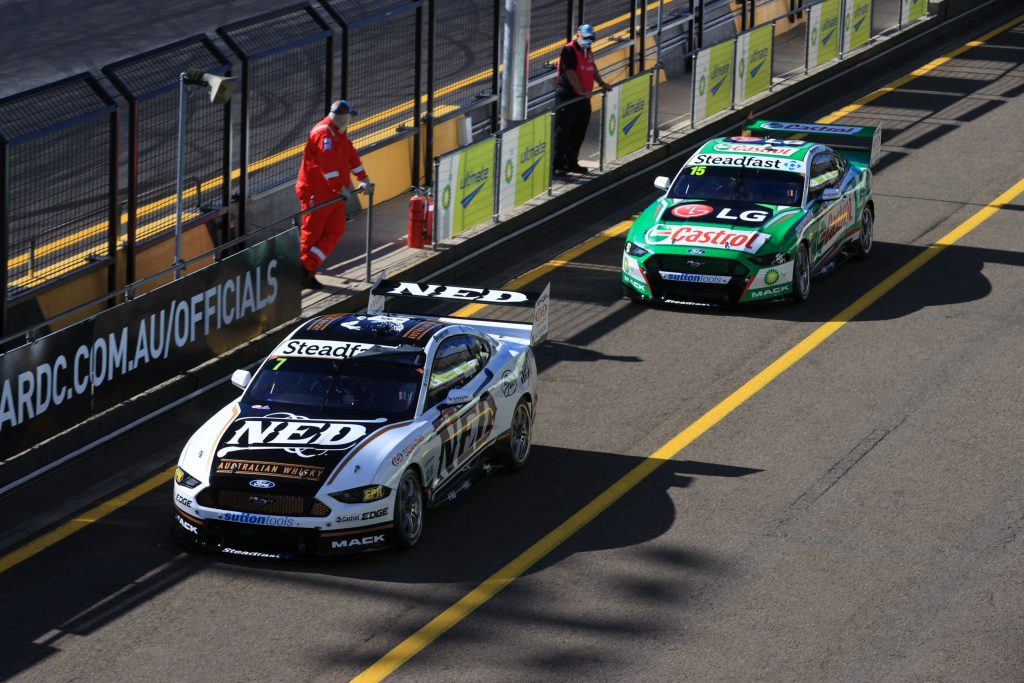 “As we mentioned yesterday we saved up all the soft tyres for today, ran a set in each qualifying session and opted to run two sets in the race we qualified best in. Unfortunately that was the first race and there was quite a few other fast guys on the same strategy that were in front of us on the grid.”

“We did what we could, we were sniffing at a podium there for a while. Again we lost a bit of time in our pit stop which hurt us and put us behind Courtney with track position and then we lost a few more right at the end fighting with McLaughlin. It was a great battle and good fun.”

“In the last race we used the hards and just fell away in the end there with the strategy we used. All in all it was a good weekend, stoked for André and the car #7 crew on the pole and the podium, it’s a really good pat on the back for the guys, we had a big struggle three weeks ago at this place and a very disrupted preparation and they managed to improve the cars significantly and also showed us a few key areas we can improve on so looking forward to heading to Darwin and seeing what we can do there.”