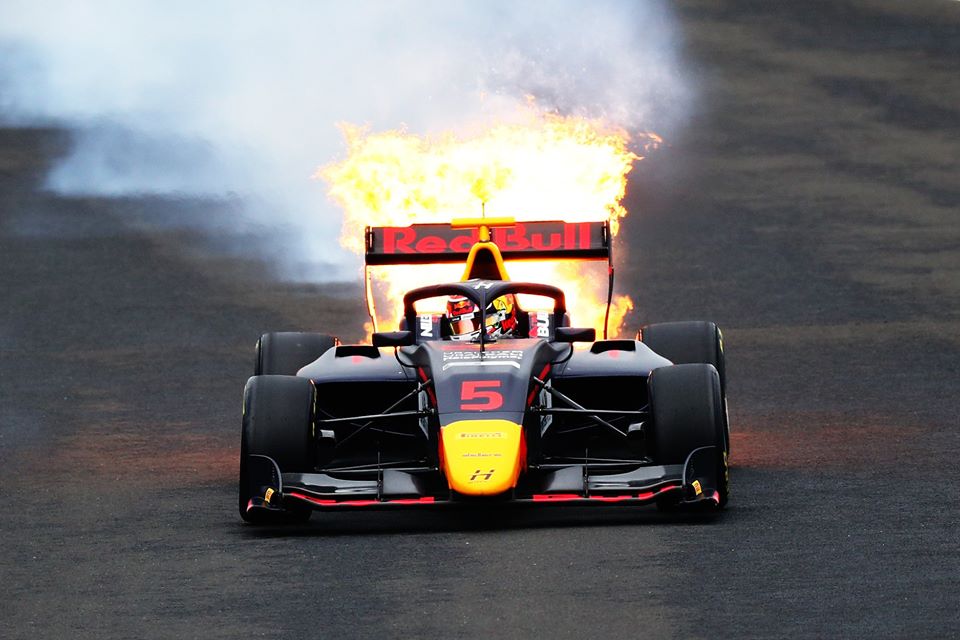 Calan Williams drove brilliantly in qualifying for the Hungarian Grand Prix, only to see his race end at the first corner of the race. He was an innocent victim to the absurdity that followed those initial moments after the start of the opening Formula 3 race of the weekend. After the heavy rain the day before, the race was set to run in drying conditions with the field shod on the medium compound tyre. 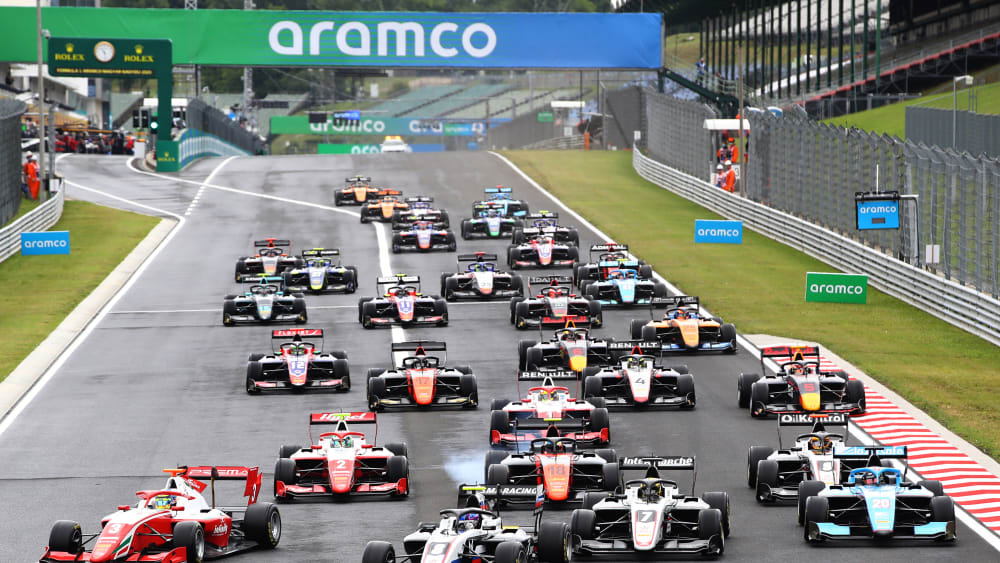 Smolyer lead the field towards turn 1with Fernandez immediately behind. Poulchaire ran two wheels off the outside of the circuit as he looked to squeeze past Williams who had been sandwiched by Fernandez. Williams baulked momentarily as the number 7 swerved left towards the Australian. Logan Sargeant swung inside, only to lose the front end of his Prema Dallara and run over the painted kerb.

He slid back onto the track and into the side of Smolyer. The Russian spun out towards Williams who somehow managed to miss the number 8 ART machine only to be tagged from behind by Viscaal, who had locked his left front under brakes. Williams spun back across the track and lost the front nose of his car in contact with fellow Australian Oscar Piastri.

Williams was then t-boned by Vesti with the Trident of Caldwell also involved. As in Austria Theo Pourchaire capitalised on the incident to take the race lead from Piastri, who seemed to have escaped relatively unscathed from the heavy contact with Williams. Sargeant, who had started the chain of events, sat in 3rd. Alex Peroni had managed to avoid the drama and leapt into 11th place as the Safety Car was deployed.

The race resumed at the completion of lap 2, with Pourchaire and Piastri battling for the lead. Sergeant quickly dropped away from the leaders and reported that his car had suffered damage in the initial incident. On lap 5 Fernandez locked his front wheels and speared off the track as flames flickered from the rear of Liam Lawson’s Red Bull sponsored HITECH car that sat just ahead. Lawson pulled to the side of the track as Piastri pushed for the race lead. A second Safety Car was called, while marshals removed the stranded Lawson.

Cars were then called to the pits with the race suspended. Lawson’s engine failure had left a trail of oil on the track which had caught out not only Fernandez, but Viscaal and Fewtrell as well. Crews threw absorbent material over the rich seam of oil that ran from the pit straight to turn 3, while a fleet of street sweepers mopped up the remains.

The field eventually moved back onto the track behind the Safety Car for a couple of sighting laps before the race resumed on lap 8. Pourchaire opened up a 3 second lead over Piastri by lap 13 with Sergeant 3rd. Alex Peroni continued to move well into the top 10 after a spirited battle with Fittipaldi and Fewtrell. He held a comfortable 7th place on lap 14 after Fittipaldi had been issued with a pit lane drive through penalty for a restart infringement and Fewtrell dropped down to 9th after complaining of a steering problem.

“I am really happy to win my second race in Formula 3 – the second race in a row. It is Race 1 this time, so it comes with more points. I qualified in P3 and had a really good start. I was P1 all of the race, and at the end I was quite fast. I want to thank the team for the car and thank Sauber Academy as well.”