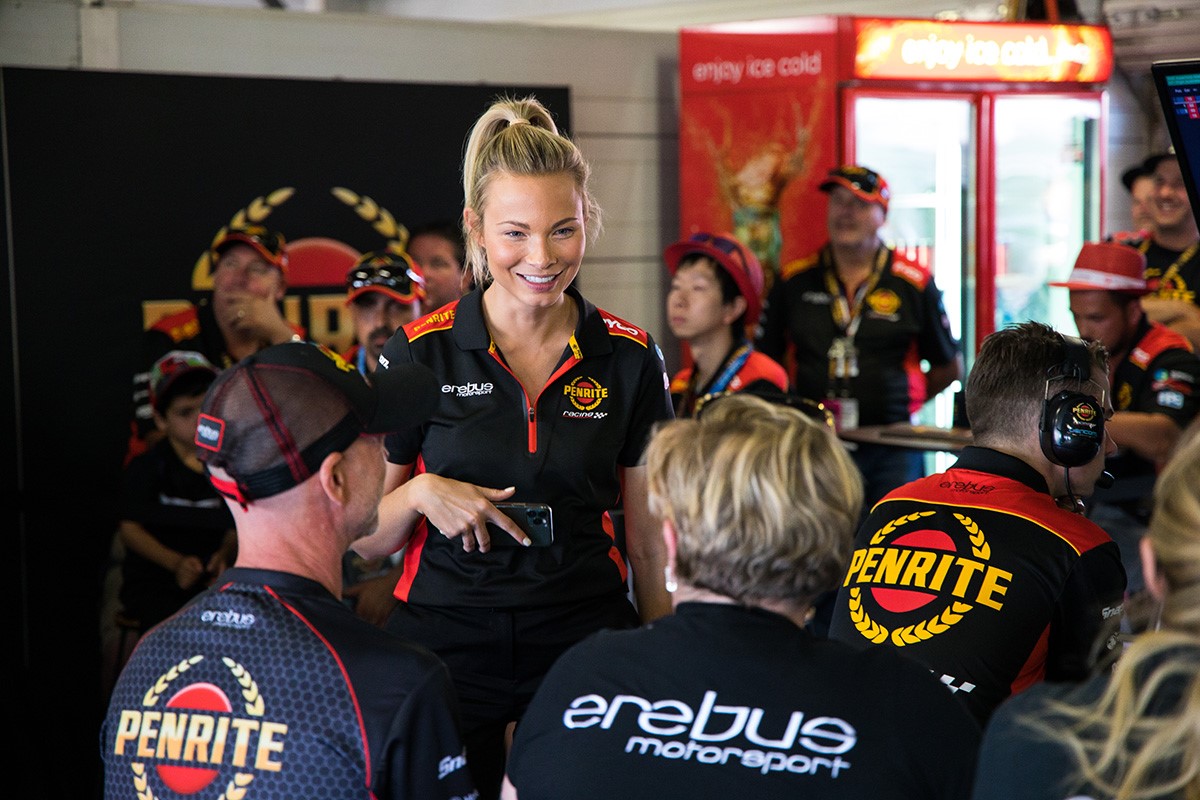 Celebrating four years with Erebus next month, Ms Kiely will continue in her current role, whilst also stepping up to take on her Managing Director duties.

The newly created position was introduced to assist CEO Barry Ryan with the day to day running of the business; recently announcing an expansion in its operations with Erebus Garage, in addition to its various Erebus Motorsport operations.

Upon announcing the appointment, Erebus Team Owner Betty Klimenko said; “Shannen has shown over the years that she can handle the job.

“She’s been a key member in our team and demonstrated leadership and capabilities across multiple facets of the business.

“Shannen has handled a lot of the commercial aspects of the business on her own for many years. She helped put in place the programs for many aspects of Erebus, so she has earned the position on her own merits, her work ethic and her commitment to the team.”

Ms Kiely started with Erebus in 2016 with a solid motorsport background. She began in the role of PR & Media Manager after spending several years in similar roles at Walkinshaw Racing and now defunct Lucas Dumbrell Motorsport.

Ms Kiely said it was an honour, privilege and great responsibility to be appointed Erebus’ Managing Director and that she was looking forward to moving forward with the business and helping to guide its continued success.

“It’s a huge vote of confidence from Betty and Barry and I want to thank them both for having faith in me to do the job,” she said.

“I have grown with the team since we started in Melbourne and have been involved in many different facets of the business and it’s something I’ve taken great pride in.

“We have built a reputation and a brand we are very proud of and I look forward to what lies ahead.

“I still have a lot to learn, but we have a great supportive team, so I know I have the backing of everyone which will make the transition a lot easier.

“I didn’t think I would take on a role like this at 27, but I am so excited about the future of Erebus and all the opportunities and big plans ahead.’’

CEO Barry Ryan also commented: “Shannen is someone who is not afraid to take on any task and does not need to be pushed to work hard.

“Shannen is exceptional and passionate about her current role and I know that giving Shannen more authority to make the harder and bigger decisions will assist Betty and myself to focus on the core business and its growth.

“As a team we are all taking on more than normal to ensure we get through these tough times and having the best and the most pro-active people in these important roles will keep our team strong and future proof it.”

Shannen grew up in Cairns, Queensland and attended Trinity Anglican School before completing a Bachelor of Communications majoring in Public Relations and Journalism at Griffith University on the Gold Coast.

Shannen interned at Lucas Dumbrell Motorsport in 2013 whilst completing her final year of university, before relocating to Melbourne and taking a full-time role with the team in 2014.

She moved to Walkinshaw Racing at the beginning of the 2015 Supercars season before finding her new home at Erebus in July 2016.

Shannen started in the role of as Public Relations and Media Manager in 2016 before being promoted to General Manager – Communications in 2019. She will now combine her Communications role with that of Managing Director.

Her proudest moments with the team include the 2017 Bathurst 1000 win, 2017 and 2018 Retro Round Campaigns, winning the Supercars Best Presented Team in 2019 and the 2019 KISS Campaign that saw the team work with the world famous rock band running a KISS themed livery, which also saw them win “Best PR Effort” at the 2019 Supercar Media Awards.

When not the track Shannen is an avid runner and has competed in the 2016, 2017 and 2018 Melbourne Half Marathon, the 2018 Honolulu Marathon as well as having a Brown Belt in Bushikai Freestyle Karate.