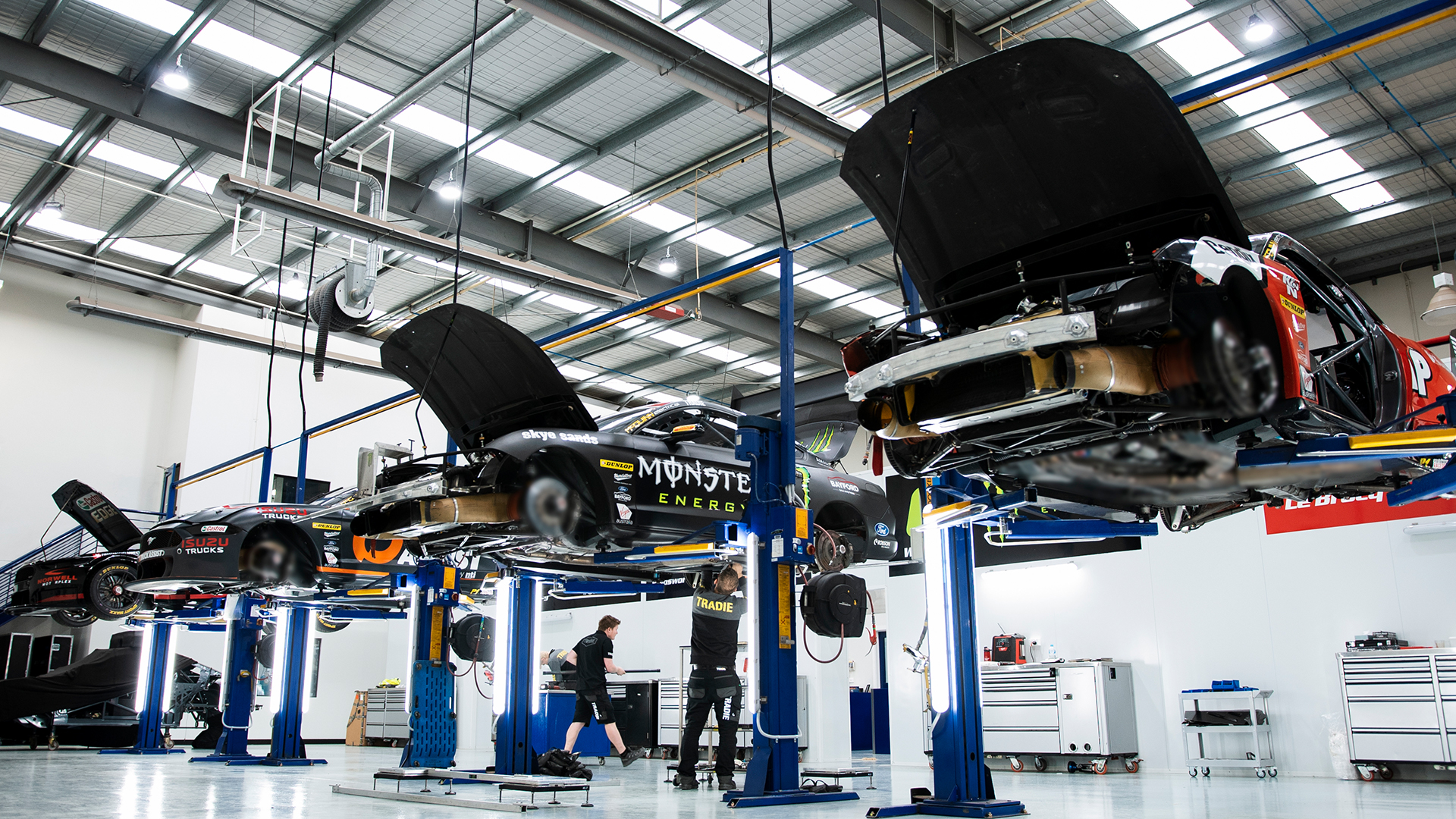 Tickford Racing used its coronavirus-induced downtime to complete a major workshop renovation ahead of Supercars return to racing.

Since the Virgin Australia Supercars Championship was put on hold as a result of COVID-19, Tickford Racing’s staff have made changes to the Melbourne facility to accommodate its five-car operation.

“We used to have all the cars on nearly a 45-degree angle to the workshop,” said Tickford Racing truck driver and certified builder Colin Schwartz.

“It was just becoming impractical as a five-car operation to make that effective and work properly.

“So we’ve changed the workshop to more like a dealership and everything is all in line, parallel.”

“There was always a plan to have the workshop upgraded and just make it a bit more user friendly.

“So this was the perfect time, with a bit of downtime, to make this happen.”

Hoists have been fitted with new McQuinn-supplied lights and new divider walls and new parts racks have been installed.

The hoists have been repositioned as well so that workshop staff can access the Ford Mustang fleet easily.

The electrical department has also been relocated to empty office space, while the team’s composites division has been moved into the workshop.

“Behind that as well you’ve got sub-assembly, so all the car parts and componentry gets manufactured in there, repaired, fixed, and then brought out for the guys to use.

“Another big part is that we used to have a second building down the bottom, and that used to do all of our composites and repair work for the panels on the car. That’s now been shifted up here into this backroom.

“Those guys are now part of our workshop, so it makes it so much easier in getting things repaired and then back to us a little bit quicker, a little bit streamlined.”

The team will have a new face onboard when racing resumes, with James Courtney set to make his debut in the Boost Mobile Racing Mustang formerly driven by Will Davison.