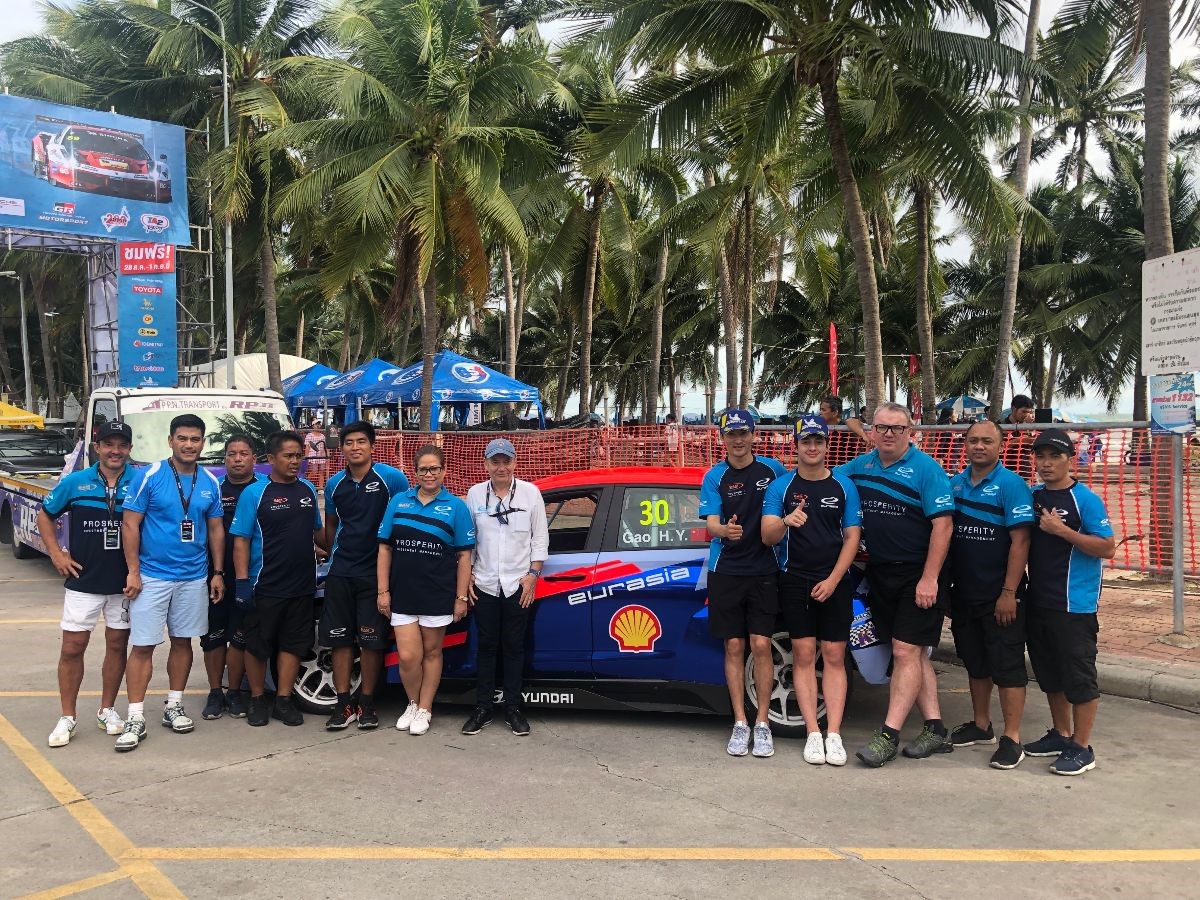 The final round of the TCR Asia Series took place at the tricky street circuit of Bangsaen and for Eurasia Motorsport, it proved to be a bitter-sweet affair with ‘Zack’ Gao Hua Yang claiming his first podium while Daniel Miranda was involved in a multi-car accident that compromised his weekend. Ultimately however, the latter did enough to take the prestigious Asian Drivers’ Championship at the season finale.

For Daniel, the race weekend got off to a good start as he qualified in fifth position in the 20 Hyundai i30N TCR for the opening race of the double-header but a stall at the start saw him drop to the tail of the field.

Zack meanwhile gained a position from the start in the #30 Hyundai to run in sixth position ahead of the almost inevitable first lap incident. Pepe Oriola tipped Luca Engstler into a spin, the latter all but blocking the circuit. Zack was able to squeeze by running fourth whilst all those behind stopped in the traffic jam.

Daniel soon got back underway in sixth position, gaining ground and closing, and then passing his teammate. He slotted in behind Kim Jin Soo who subsequently lost control at the turn 11 chicane and hit the barriers. As the #97 car careered across the circuit, Daniel – with nowhere to go – hit him at high speed only to be collected by Jakraphan Davee. Zack was able to clear the incident with only minor damage to his car, but Daniel’s day was done.

The race the ended under the safety car with Zack on the second step of the podium but an hour after the race the stewards unfathomably revoked a rival’s penalty putting him back to third, first in the Asian Driver Class.

“One side of the garage is really happy, this is easily the best performance from Gao this season and he thoroughly deserved his overall podium,” stated Team Principal Mark Goddard. “Daniel was really unfortunate, there was no way he could have avoided the accident and the impact even broke the engine block. Hyundai make a strong car and Daniel was able to walk away uninjured.”

Day two saw Daniel back in action following an all-nighter from the Eurasia team, and he went on to finish in sixth position following a clutch issue, while Zack secured fourth position to make the season finale one to remember. Indeed, Zack led the race initially, but ultimately had to settle for the fourth place, first in the Asian class.

“Our guys worked overnight to rebuild Daniel’s car, achieving the all but impossible,” Goddard continued. “However, the clutch went at the start, probably a result of the accident damage. He was able to coax the car to a finish, winning the Asian Drivers’ Championship in the process. Mission accomplished!”