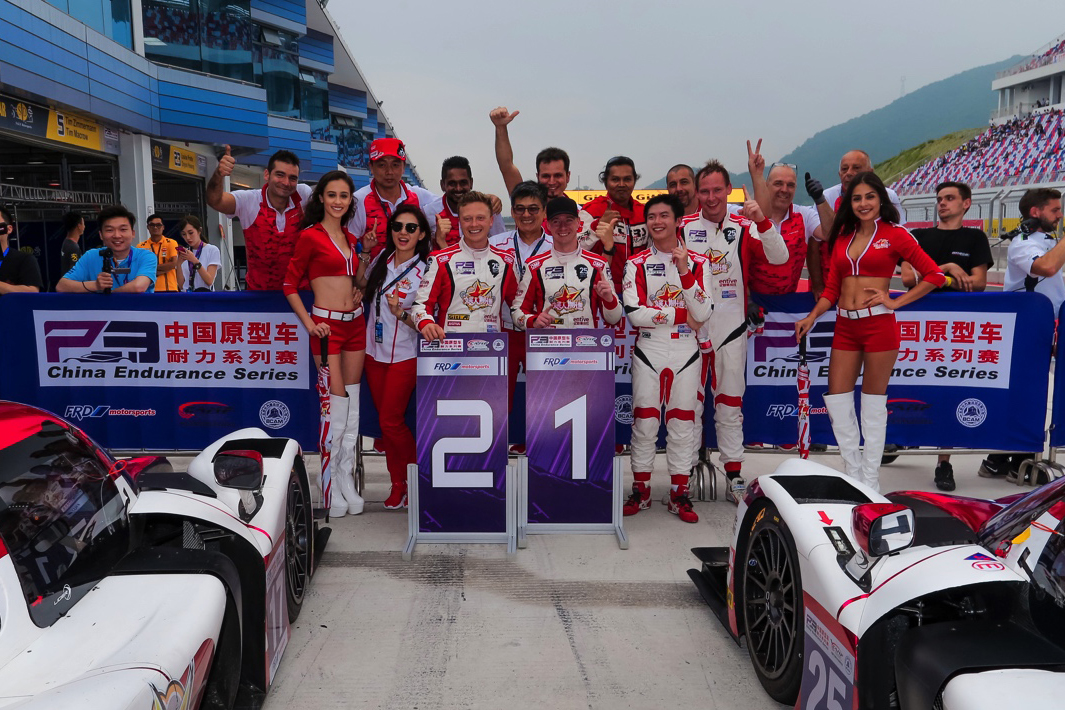 Team PTRS have topped the podium in the first race at Ningbo International Circuit, taking out first and second place.

Joshua Burdon had a fantastic stint in the PTRS car 25, as he wasn’t going to let an incident at turn one bother him, he pushed on from there to regain track positions pushing the team into first, then handing over to Benny Simonsen. Benny displayed a lot of confidence in the car thanks to the remarkable setup by the PTRS team. Benny then went on to bring the car home to victory.

Andrew Waite in the PTRS 17 car drove from P3 on the grid, but didn’t get the start that he would like as one of the Eurasia cars got a better jump off the line and made the pass. Andrew soon made some ground back by retaking third and then ultimately second. The car was then handed over to the speedy Leo Ye, who in the later part of the race produced the fastest lap of the race and made some excellent time up on the PTRS 25 car.

Joshua Burdon – “Starting from pole was good, but I made it hard for myself as I drove off the track at turn one and that dropped me back to third, but I made that up in one lap.”

Benny Simonsen – “We had great speed, and we had plenty of confidence in the car, the guys did a terrific job on the setup, not only our car but Andrew and Leo’s as well.”

Andrew Waite – “Like Josh, I made it hard for myself with one for the Eurasia cars coming out of nowhere, but I managed to make my way back in from that by overtaking Garnett and Winslow when the opportunity arose.”