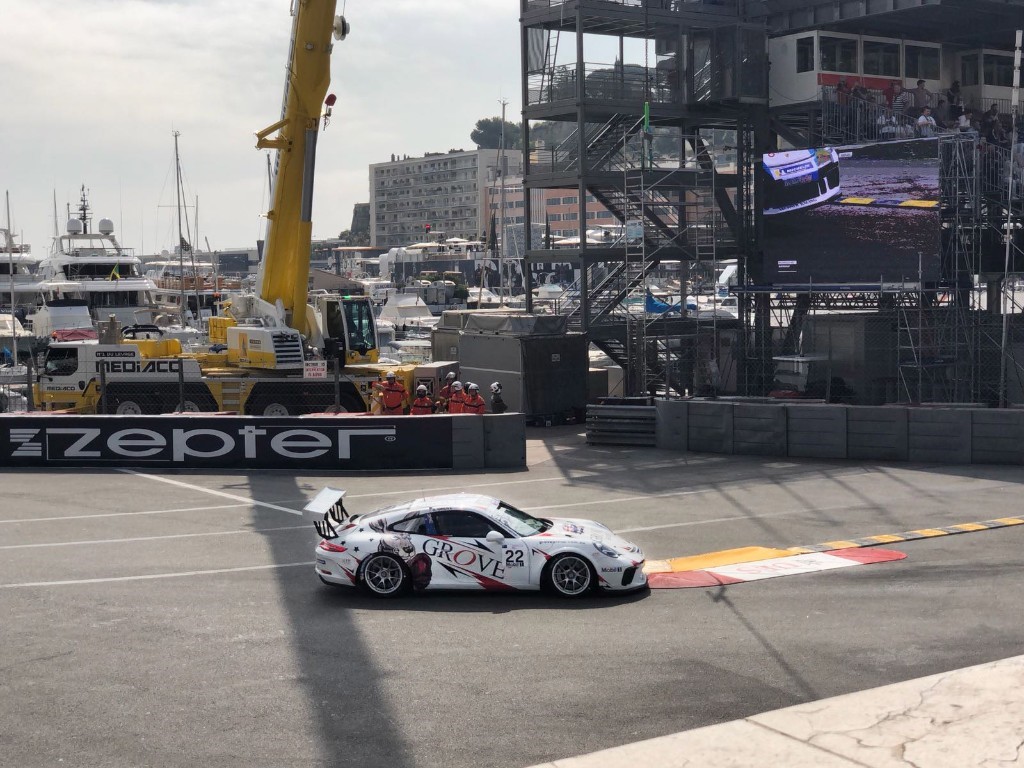 The Melbourne-based driver was quick straight out the box, finishing third in class for the sole practice session of the weekend on Thursday as he adapted to the tight, twisty and iconic street circuit.

Track time proved invaluable with practice only 40-minutes long ahead of the all-important qualifying session which took place on Friday.

Grove secured sixth in class for qualifying after being baulked by traffic on the narrow 3.3km layout, before having to abandon his final flying run when a red flag was thrown late in the hit out.

“To learn the track in such a short amount of time is pretty tough,” said Grove.

“We only had one practice session and then we jumped right into qualifying, but I’m very happy with where we are at.

“Being quick here is all about local circuit knowledge and I’m trying to gain that as much as I can and as fast as I can.

“Qualifying was pretty tough, traffic is unbelievable on the circuit. Everyone is trying to get a run and I got baulked a bit on my first runs, I struggled a bit on the first set of tyres.

“I just couldn’t get a run and I caught a couple of slower cars and then you can’t pass them on a track like this, so you have to get out of it.

“We then put another set of tyres on, however, I got baulked again another couple of times, but I managed to squeeze in a reasonably good lap.

“Then on my last flying run, I was half a second up and had three corners to go, but a crash happened right in front of me and the red flag came out so it was game over.

“Mid 1min 38s laps is where I’m at, all the other guys have raced around Monaco before, so to get under a 1min. 40s here is a pretty good job.

“Monaco is an unbelievably technical circuit, it’s hugely technical and to get pace you’ve just got to do lap after lap and drive it a lot.

“It’s a tough track, but I rate it as one of my best tracks I’ve ever driven – I love it, I reckon it’s awesome.”

Saturday marks a ‘rest day’ for Porsche Supercup with no track action as the drivers now prepare for Sunday’s race.

“Monaco is one of the nicest cities I’ve ever been to, so we’ll just be able to relax and prepare for the race,” added Grove.

“The objective for me this weekend is the experience rather than the result, so I’m just happy to be over here and having a go.

“I’ll push as best as I can in the race, but I’ll be a fair bit more conservative than I traditionally would because I just don’t want to get in the way of anyone else’s championship and I just want to make sure I enjoy the experience.”

Eurosport, Channel 511, will broadcast all the action Live, with coverage kicking off at 18:15 AEST