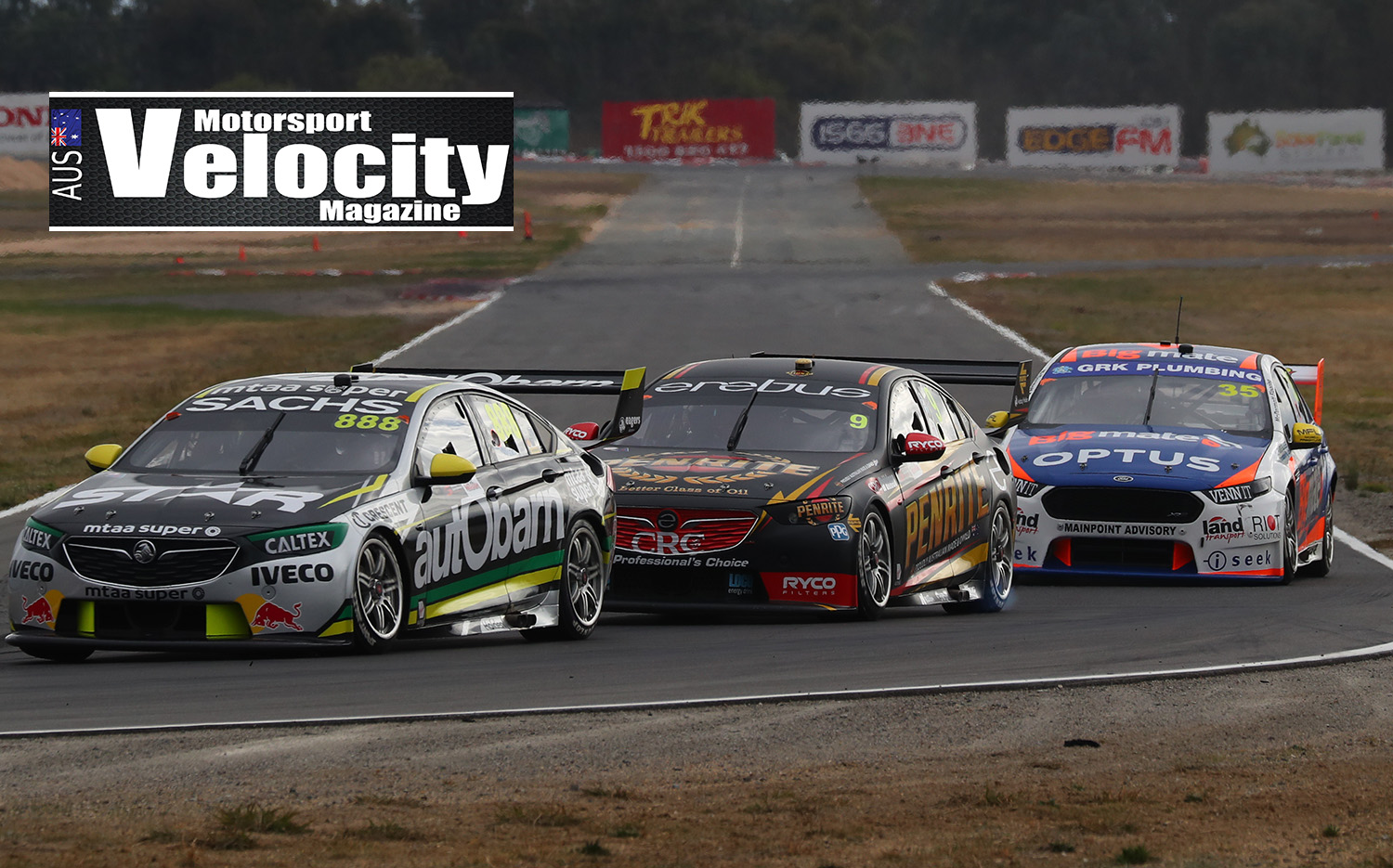 Erebus Motorsport’s David Reynolds has taken a battling 15th place on Sunday at the Winton SuperSprint, with teammate Anton De Pasquale hot on his tail.

Starting from the rear of grid after a mechanical failure forced him to retire early from qualifying, Reynolds raced away comfortably. With today’s aim to make it safely through lap one, the #9 driver moved up to 20th by the end of the opening leg, while ahead of him De Pasquale arrowed straight toward pit lane.

Taking his first compulsory stop for fuel only, the #99 Holden re-joined the field P23 with James Courtney right on his tail. In a similar scenario to yesterday, the two bumped through turn eight as Courtney fell off the road, while De Pasquale was unscathed.

Reynolds, on a different strategy, pit at the end of lap seven, for fuel and tyres. The local wasted no time in making his moves and he muscled his way to 11thby the time the field settled in for their second stint.

Pushing on until lap 25, Reynolds pit again for a long fuel stop that would see him to the end of the 67-lapper. De Pasquale had his turn two laps later and in a repeat from earlier, re-joined the track with Courtney, beginning another battle between the pair. The rookie was kept honest, but was focused on the long game.

Both Erebus drivers put in some fast laps in a bid to jump back up the order, and were elevated to 16th and 17th in the final stages. Reynolds, spotting a slight drop in De Pasquale’s pace, moved past his teammate, trading positions. With a 15-second time penalty in place for Courtney after a tangle with Garth Tander, the pair were further elevated one spot before the chequered flag.

“Unfortunately, we had a mechanical failure in qualifying which followed from yesterday’s dramas and that set up our day. We started last, got a really good start but couldn’t really go anywhere. I pitted quite early and took a risky strategy with a long stint in the end and managed to make up quite a number of spots.

“it was a really hard race, we changed the car a lot overnight and I think the car would have been a jet in qualifying but unfortunately we didn’t get to show it today.”

“Today was hard fought. It started with an average qualifying which was going to make the race a bit more of a strategy game. We were pretty confident we had a good race car. We started really strong and pitted early to try and get a bit of clean air which we achieved. Our pace in that next stint was really fast before we pitted for our last stint, for whatever reason we didn’t get the pace we needed to find a few positions in that window and only managed one spot by the end. It wasn’t our best day but you have those and we just need to make sure we learn from it.”