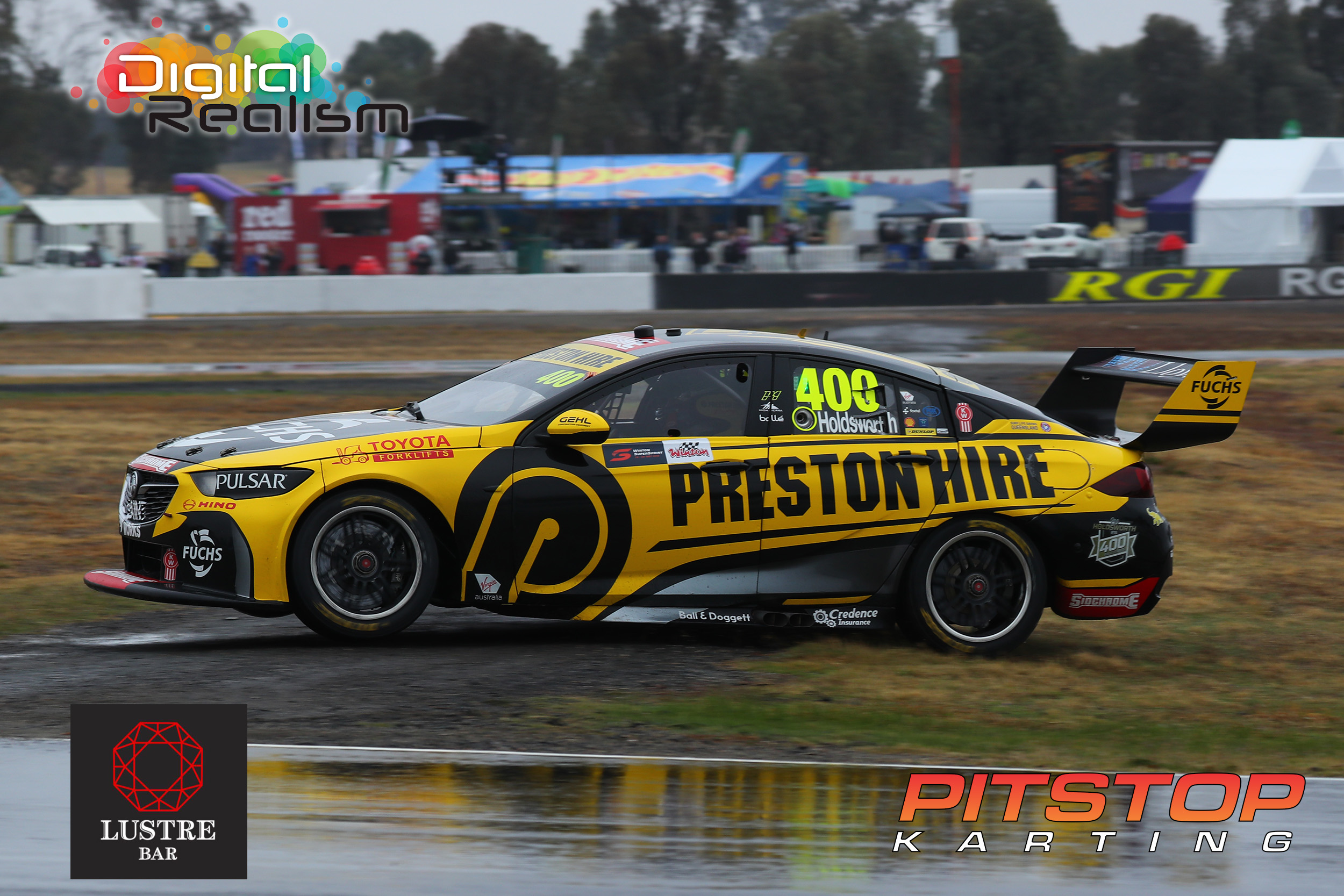 Reports have come through that PIRTEK Enduro Cup co-driver Matt Brabham crashed the Lee Holdsworth Preston Hire Commodore at Winton yesterday and that the damage to the car was sufficient enough for the team to call off the rest of the days testing before midday.  (Photo: Darin Mandy – Brabham during Co-drivers practice Friday morning)

Although Brabham was uninjured, damage to the team’s ZB Holden Commodore rear end made it impossible to continue on.  Reports have said that Brabham went wide on the turn four curb and this then spun the car backward in to the tyre wall damaging the rear chassis.

Brabham has had limited running in the car in the lead up to the Enduros, he had brief runs at Sydney Motorsport Park’s pre-season test in February and the opening practice at the Perth SuperSprint.  On Friday morning at Winton Motor Raceway he completed 14 laps on a very wet track which saw him 11th out of the 21 co-drivers having a run.

As our image above shows he did run wide at turn one during this session, so did half the field, and then the main game drivers had similar issues in their first practice a few hours later, and that was on a drying track!

We believe the incident is very similar to Chaz Mostert’s crash during the 2015 Race 12 at Winton as pictured below.