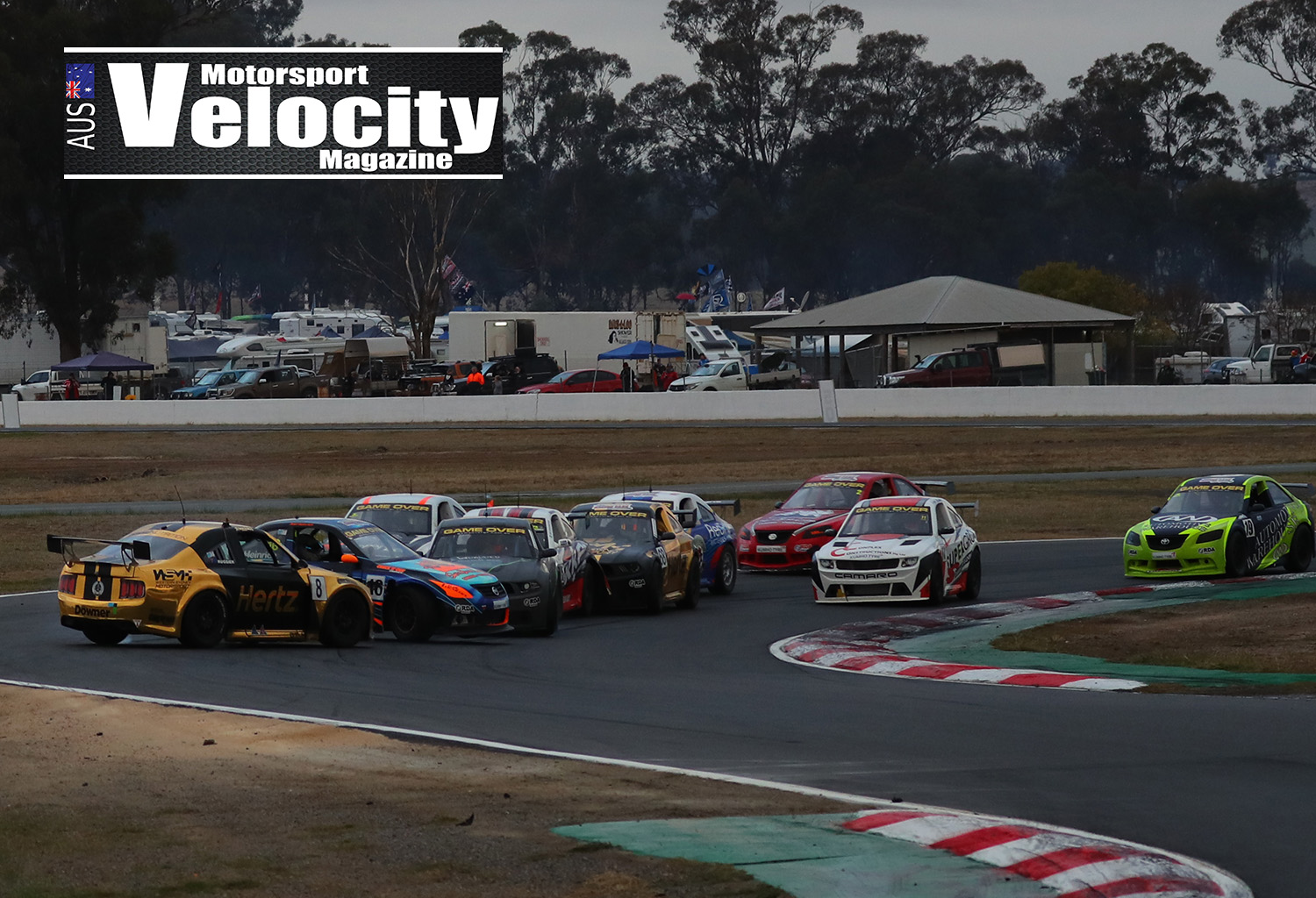 The Aussie Racing Cars are yet to post their round three results from this weekends races at Winton Motor Raceway, it was a closely fought battle up the front with Kel Treseder (KKP Motorsport) and Justin Riggier (Western Sydney Motorsport) needing to win the last race to secure the round win.  Both had scored race wins in the earlier races, however Ruggier was penalised post race three after deemed by the stewards to be outside his starting box on the grid, this demoted him to fourth for that race, opening up the round win to the duo.  This penalty gave the win to Kyle Ensby with Treseder in second, Joel Heinrich was third and had been nipping at the heels of the leaders in each race.

The final race for the weekend was run after the last Supercars race and with the light fading it was another almost night time race (Race one on Saturday was deemed a non race after thick fog blanketed the circuit, so the race was re-run in the evening again after the Supercars and finished in complete darkness, the pocket rockets only have painted on headlights!)

After a safety car in the final stages of the last race on Sunday a somewhat messy restart (Aussies start in two by two rows after a SC) that saw cars more than two wide before the line and very much bunched up into turn one the race leader Ruggier was unfortunately hit by Heinrich which saw them both spin off, this is where the results are being held up due to both the spins and the actual restart.  Ensby ended up over the line first followed by Blake Sciberras and then Treseder.  Ruggier finished in 16th.

The stewards had hearings after the event but need time to consider all of the requests (stories) from the drivers and teams.  There is more to come.  Treseder leads the series after the first two rounds and Ruggier was looking for better results after a tough start to the year.