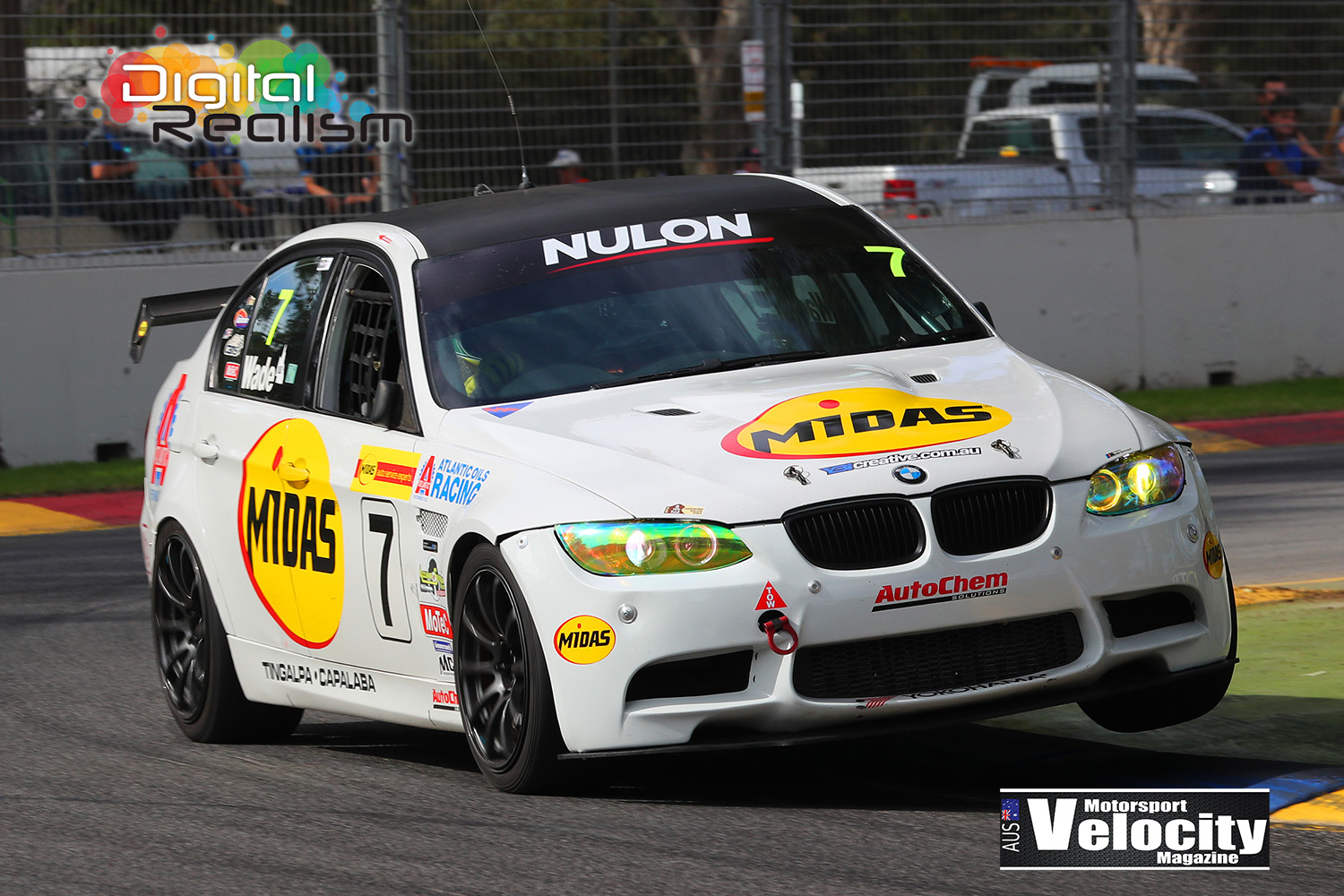 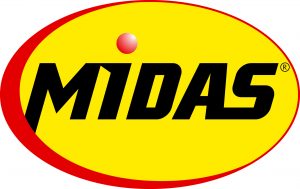 From time to time we run our full stories from the Printed Glossy Magazine that is Velocity Magazine (yes you can subscribe right here) on our website, this time we are featuring the Improved Production story we wrote about the Queensland Midas team of D’Arcy Wade and Troy Marinelli from the Adelaide 500 round.

The Queensland racing team Midas Capalaba and Midas Tingalpa had a very busy weekend both on and off the track at the Adelaide 500.  Both drivers D’Arcy Wade (BMW M3 E90) and Troy Marinelli (Nissan 200SX) were rookies to the concrete lined jungle that is the fast Victoria Park circuit, part circuit part city streets.

Out of the box both cars were quick, Troy Marinelli was third fastest in practice with D’Arcy Wade 17th of the 32 entries. Wade improved in qualifying and was unlucky not to break into the top 10. Marinelli fared slightly better and put the Nissan 200SX into 7th for the first race.

The Improved Production program included practice and qualifying on Thursday and then a race on each of the four days. The category had been dominated over recent times by Ray Hislop in his Ford BF Falcon and the trend looked set to continue on Thursday as he held sway in race 1 and won by more than 13 seconds from local driver, Chris Brown, in the Toyota Sprinter.

It appeared unlikely that anyone would be able to get close enough to mount a challenge to the Ford. The two Midas cars fought amongst themselves with Troy Marinelli in 7th and D’Arcy Wade 8th. The landscape for the weekend changed dramatically on Friday when both Hislop and Wade failed to finish.

D’Arcy had the rear of the BMW step out at turn 7 and he caught the wall with both the back and front of the car. The incident caused a significant amount of damage to the pristine M3 E90,  which included a burst rear window in addition to the panel and suspension damage.

Quick thinking by the BMW driver saw him edge the car into a gap in the fence and off the circuit to avoid the need for the Safety Car. Disaster truck Hislop on the final lap when he lost drive out of turn 7 and failed to finish. Troy Marinelli drove a solid race and made his way up to 5th at the end.

D’Arcy Wade’s team worked throughout the day and into the evening as they battled to have the car on track for the Saturday morning race.  Marinelli worked his way to 5th for race two.

Starting from the rear in race three Wade weaved his way cautiously through the field with a great start, even though he couldn’t see the start lights from his grid position and finished 24th.

Marinelli all but equalled his race 2 result with 6th, having run as high as 3rd in the early stages. Chris Brown took the win from Hislop who had driven through the field after his dnf in race 2.

The last race for the weekend was shortened after a huge crash saw Brad Chick hit both walls at turn  8 in his Mazda 808. D’Arcy Wade was fortunate to have been just ahead of the white Mazda when Chick lost control and slid into the outside wall.

Marinelli had also made an excellent start and earned the praise of the race commentators for his ‘threading the needle’  as he moved into 4th at the hairpin on lap 1.

He dropped back to 5th on lap 2 when David Waldon moved by at the final corner. Troy dropped back to 6th mid race but managed to pass Waldon for an eventual 5th place finish. D’Arcy Wade continued to work his way forward and finished the final race in 13th position.

The Midas name was in clear view throughout the weekend  as the organisation graciously supported Improved Production as a category sponsor.  The Midas logo appeared on the flank of every car, which provided excellent exposure for the brand.

AUSSIE RACING CARS ROUND ONE BASKERVILLE