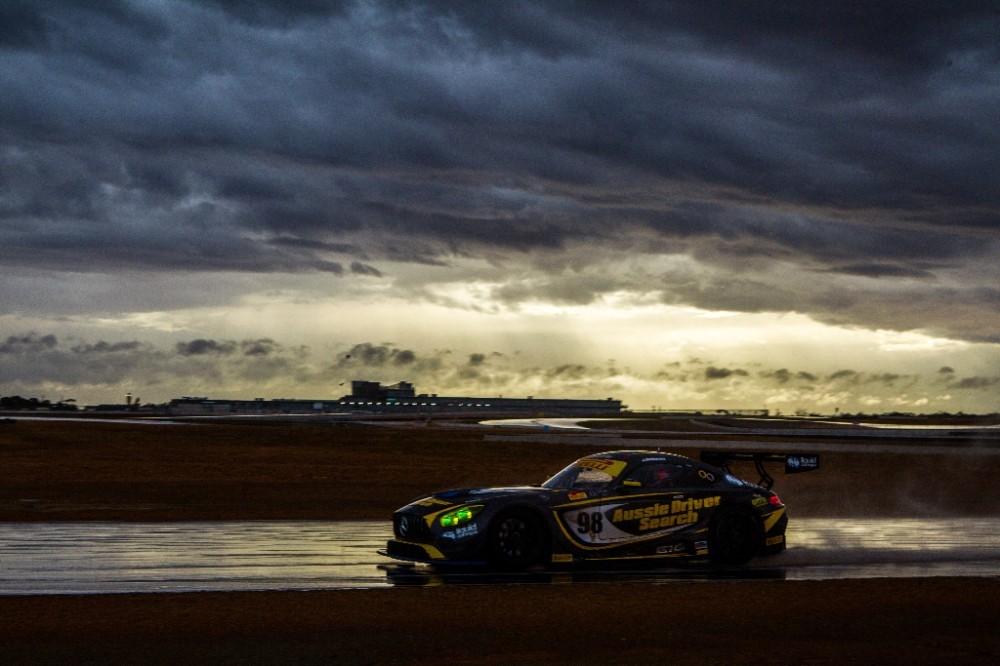 The Aussie Driver Search Mercedes-AMG GT3 set a time of 3:33.724s to head the WM Waste Management entry of Max Twigg and Tony D’Alberto (Mercedes-AMG GT3) by little more than half a second.

The session started in the dry, but rain quickly closed in and doused the circuit without a lap set.

Conditions then settled in, the circuit remaining wet for the duration, adding a further element to the first official Australian GT running on the circuit.

The Robson/Reynolds pairing were among the sessions’ most prolific, banking 14 laps, as did Peter Hackett and Jake Fouracre (Eggleston Motorsport).

With conditions expected to improve for the remainder of the weekend, several opted to limit their running.

Dylan O’Keeffe and Ash Samadi (Ah Apartments) ended proceedings fourth fastest, the tricky and constantly changing conditions, mixed with the long lap, seeing large time gaps between cars.
Scott Taylor had a spin mid-way through the session to draw a red flag after the Mercedes-AMG GT3 he’s sharing with Craig Baird found itself stuck in the slippery infield but still managed the fifth best time of the day.

Also in the ten were Jim Manolios and Dean Canto (Haemokinesis/Trofeo Estate/Prielli) in eighth fastest and the Geoff Emery/Garth Tander (Valvoline) in tenth.

Leading the GT4 class was Justin McMillan and Glen Wood, setting the 14th fastest time overall to head their class by an impressive eight seconds.