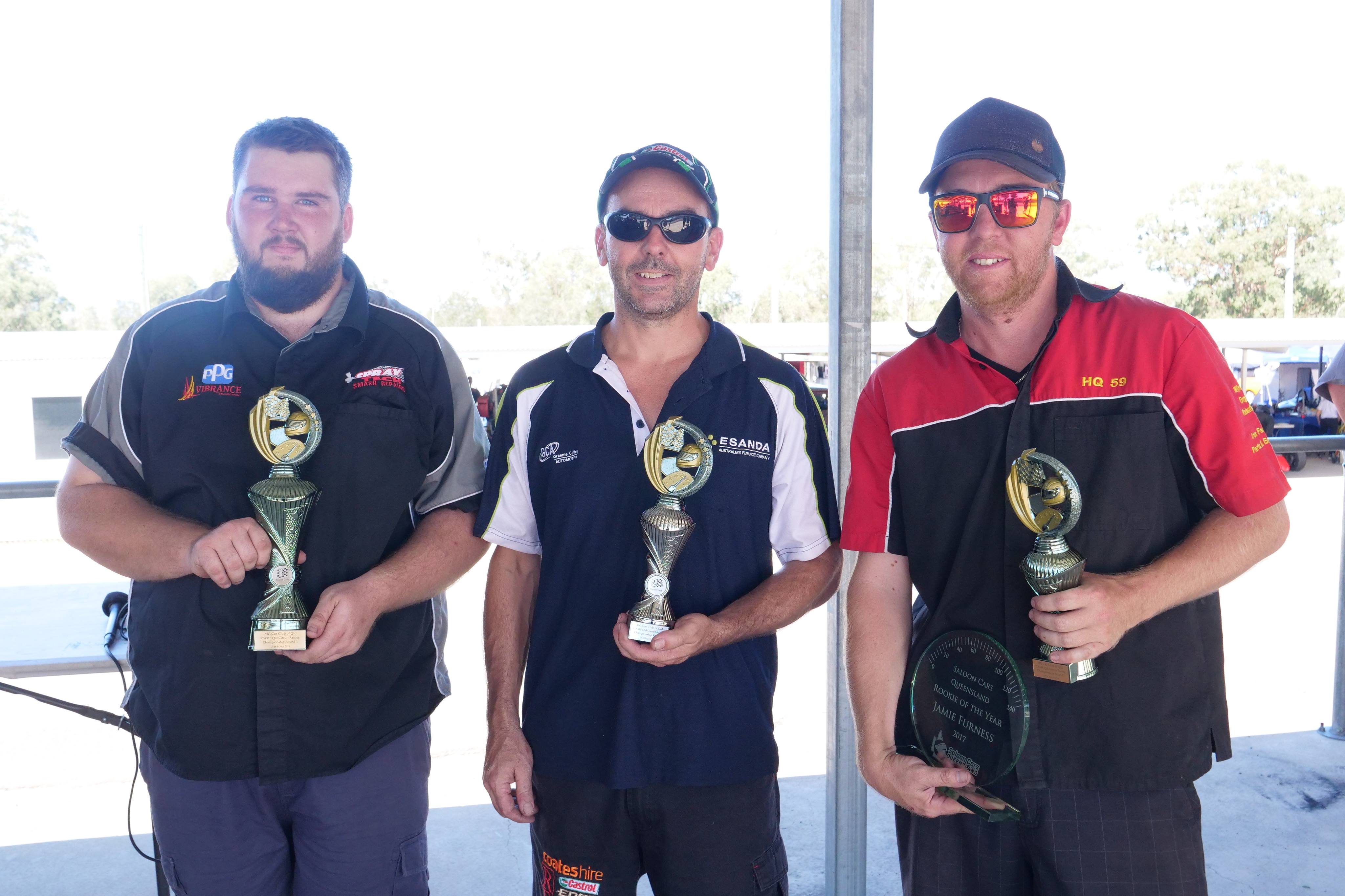 Gympie racer Shayne Hine scored his maiden round victory with a clean sweep of all three races at round one of the 2018 Lighthouse Electrical Queensland Saloon Car Series at Morgan Park Raceway.

Hine got the jump off the start in race one before Carter succumbed to a tyre failure heading under the Morgan Park bridge on the opening lap. Following repair, Carter rejoined the race before suffering another tyre failure which ended his race. Brock Mitchell (Ford AU Falcon) also failed to finish after his front-right wheel departed his car heading down the pit straight on lap eight. Hine gapped the field to take his maiden Queensland Saloon Cars race victory by over six seconds ahead of Beggs and Furness.

Hine took another lights-to-flag victory ahead of Beggs and Furness. Carter recovered from his DNF in race one to climb seven positions to fourth in race two, while Mitchell moved up five positions to sit in the top five. Following a close race-long battle, contact between Brad Carr (Ford AU Falcon) and Tony Shanks (Ford AU Falcon) saw Carr fail to finish as a result of a deflating tyre.

Race three saw Hine lead from the start before Beggs passed him into turn 11 on the opening lap. Beggs held the lead for five laps before Hine regained the top spot and went on to take the win by three seconds ahead of Carter, Mitchell and Furness.

Reflecting on his maiden race and round victory, Hine thanked the efforts of his crew to present a fast race car throughout the weekend.

“We had a few dramas on Friday but the boys got stuck in and fixed the car and it’s been quick all weekend since then,” said Hine.

“It’s definitely been a better start [to our championship] than last year, hopefully we can keep this up and find a bit more pace in the car to match it with the quick guys in the field for the rest of the year.

“It’s always good racing in the Queensland Saloon Cars, the racing is reasonably clean and everyone goes home with a nice, tidy car.

“I’d like to thank my Dad for getting the car here, Wayne for all the mechanical work, Sean Rose for the engine and Anthony for keeping everything maintained.

“I’d also like to thank Spraytech for the nice paint work, and the Hairologists for the haircut and beard trim at the track, it definitely made me feel cooler in the car.”

NEED A MOTORSPORT FIX EVERY FEW MONTHS? SUBSCRIBE TO VELOCITY AND GET A REAL GLOSSY MAGAZINE!