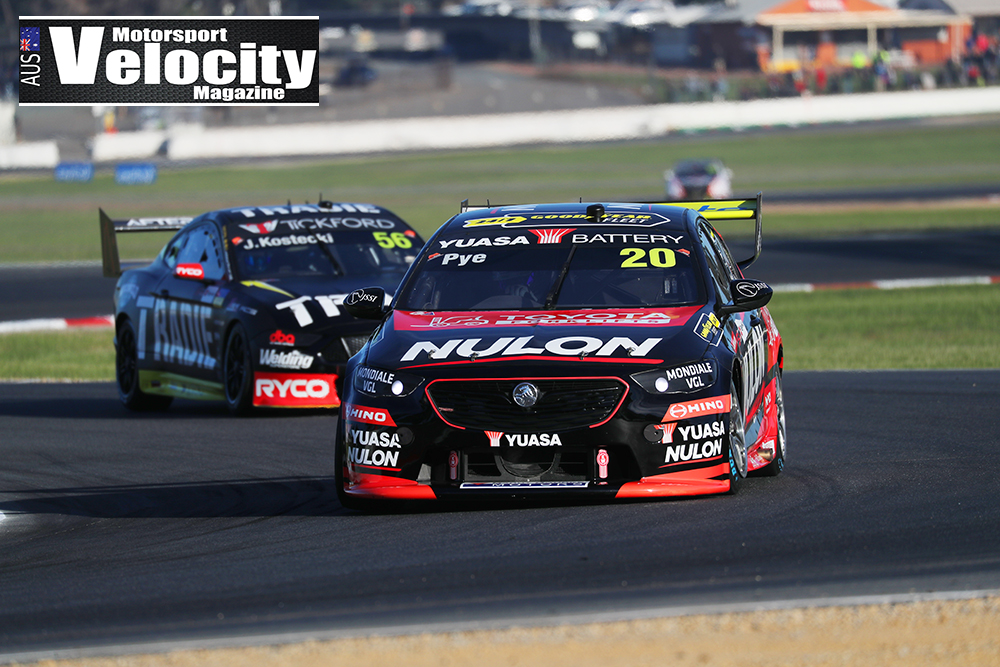 Nulon Racing’s Scott Pye bounced back from a major crash in Perth to score a sixth place finish in Race 13 at the Pizza Hut Winton SuperSprint, while IRWIN Racing’s Mark Winterbottom recovered to 21st position from the back of the grid after a technical issue on Lap 1.

Starting 10th, Pye made up two positions on the first lap and found some clear air once the front-runners pitted, and emerged in fifth position after the pit stop cycle.

Pye held off a late-stopping Holdsworth in the closing stages before dropping to sixth with four laps remaining.

Winterbottom started 12th after being knocked out in an extremely tight second part of qualifying by six hundredths of a second. 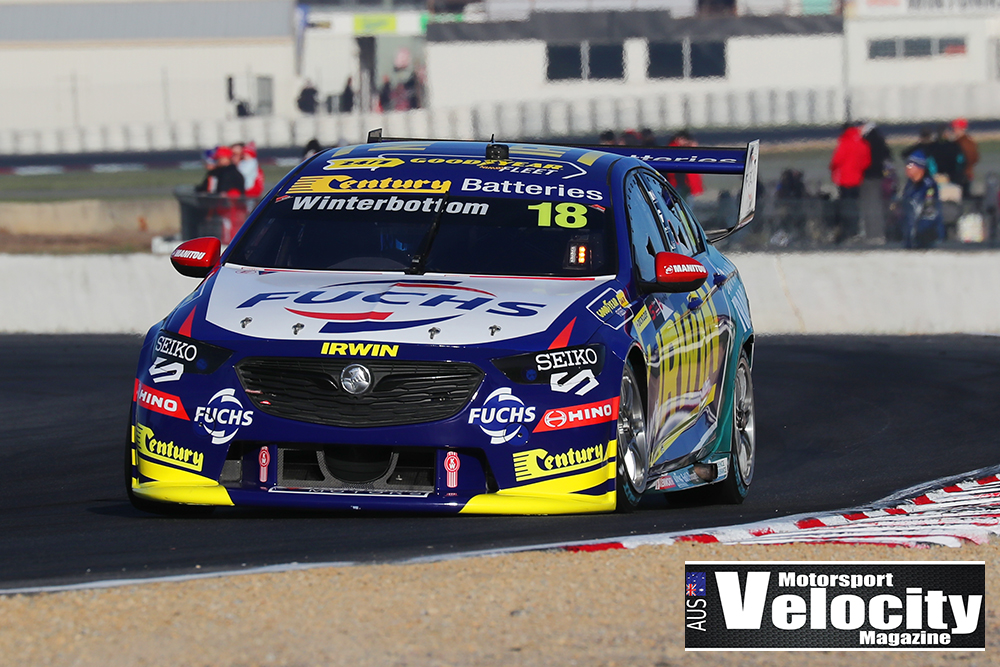 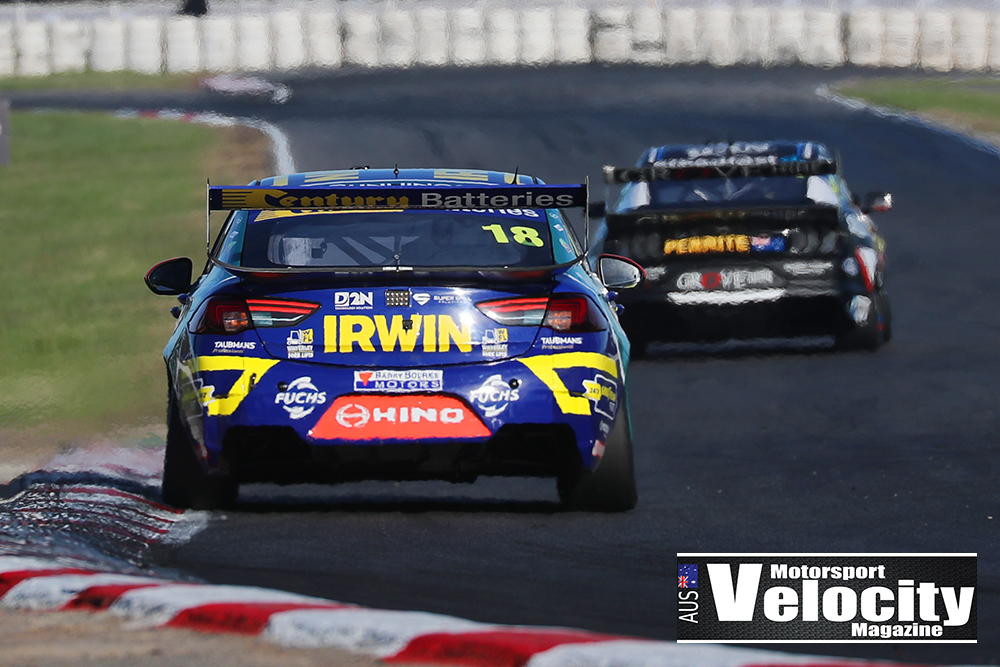 Winterbottom got away to a clean start before the IRWIN Commodore cut out on the exit of Turn 3 with a sudden drop in battery voltage and grounded to a halt at Turn 4. Winterbottom stopped and restarted the car before he continued on with the race without further issue.

From 27th position, Winterbottom was able to claw his way back to 21st at the chequered flag.

Team 18 returns to the track tomorrow for Races 14 and 15 of the Repco Supercars Championship, with Race 14 set to mark the team’s 300th championship start since their debut in 2013.

All the action can be viewed live on Fox Sports and Kayo, with Race 14 kicking off at 12:25pm.

“All-in-all I’m pretty stoked with today. It’s nice to get some points on the board and get this Nulon Racing beast back on track and get some solid results.

“We went just past midway in the race and our strategy worked out really well. We made a good start and that’s what made that a possibility.

“The crew did an amazing job, the pit stops were faultless.

“It wasn’t a great day for us.

“Qualifying was ok but then we had a glitch on the first lap. The car stopped a couple of times and I did a power cycle and restarted the car and got going but we were half a lap behind.

“We charged back through from 27th to 21st to salvage a better result.

“We need a bit of luck, the team are working hard tonight, we’ll fix this problem and turn up tomorrow with a better package and hopefully it goes our way.”