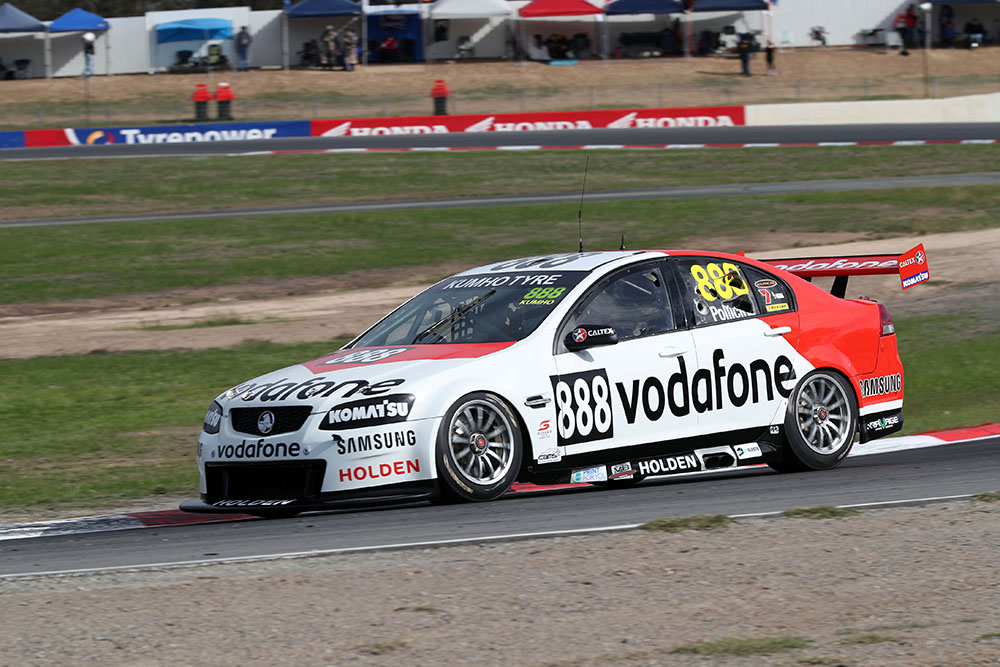 An assortment of classic V8 Supercars from the 1990s and 2000s will take to the grid when the Kumho Tyre V8 Classic Racing Series comes to life at Sydney Motorsport Park, as the category makes its debut on the Australian Motor Racing Series bill this weekend.

The entry list features a number of familiar names including Sydneysider Jim Pollicina, known for his exploits in a range of V8 machines including HSV production cars and his Torana in Touring Car Masters. This weekend, Pollicina slots into his ex-Craig Lowndes Triple 8 Commodore, famous for running a Peter Brock tribute livery in the 2012 Bathurst 1000 where it finished third in the hands of Lowndes and Warren Luff.

Pollicina said the Kumho V8 Classic Racing Series is appealing to owners of V8 Supercars with historical significance, who want to enjoy racing their cars without the pressure of competing against younger, aspiring professional racers.

“I love the thrill of driving my old V8 Supercars, but I recognise I’m a ‘gentleman driver’ and I’m racing for enjoyment, rather than trying to forge a professional career,” Pollicina said.

“This new series is attractive for drivers who own older V8 Supercars, many of which have appreciated significantly in value because they are highly sought after by collectors.

“All the Kumho Series rounds are on permanent circuits, so there’s less propensity for damage than there is on street circuits and it’s aimed as a relaxed, friendly and enjoyable series. There are some competitors racing this weekend who haven’t been on the track for a while, which is very encouraging.

The remainder of the entry list is populated with an assortment of familiar names, including Shane Beikoff who will arrive in Sydney with two historic cars. Beikoff famously owns one of the oldest Supercar spec machines still running, the 2002 AU Falcon, which he will drive himself. Beikoff also recently acquired an FG Falcon that was built by Triple Eight. Jarrad Danaher will have the honour of steering that car, formally owned and raced by Jon McCorkindale and taking a race win in the Super3 Series.

Damien Grima will be bringing a famous Ford Falcon to the track, with the New South Welshman in possession of the 2012 Bathurst runner up that was driven by Dean Canto and David Reynolds in dogged pursuit of Jamie Whincup. At the beginning of 2020, the car was returned to the green Bottle-O livery it carried in that famous Bathurst battle.

The last Orrcon Falcon from Larkham Motorsport will also be in action at the hands of Tasmanian Ray Hislop. The car was piloted by Mark Larkham in his last Bathurst 1000 start and was also raced by Mark Winterbottom in his first two full-time years in the Supercars Championship.

The Dick Johnson Racing podium car from Bathurst 2007 is another storied addition to the field, with the BF Falcon to be driven by Jason Foley. Before Foley acquired the Falcon, it was driven to multiple Development Series wins by Grant Denyer.

Perhaps one of the most pivotal chassis in Supercars history is the one that Jamie Whincup used to reinvigorate his career in 2005 with Tasman Motorsport after a year on the sidelines. The Holden VZ that Francois Habib will drive in Sydney has been previously raced by Whincup, along with the late Jason Richards, Fabian Coulthard, Tony D’Alberto, Andrew Jones, Owen Kelly, Mark Noske and Jason Bergmuller.

Another familiar name on the entry list is Bathurst resident Michael Anderson, who will steer the ex-Cameron Waters Tickford FG Falcon driven to runner-up in the 2014 Super2 Series.

Derek Hocking completes the field in a 2010 VE Holden Commodore. Hocking raced last year at the opening AMRS round with Stock Cars Australia but will feel right at home amongst fellow classic Supercars this year.

The Kumho Tyre V8 Classic Racing Series competitors will enjoy two 10 lap races on Saturday morning before an 18-lap finale in the afternoon.

PRESS RELEASE/Kumho Super 3 - Photo: A formal agreement between the series and Supercars will…