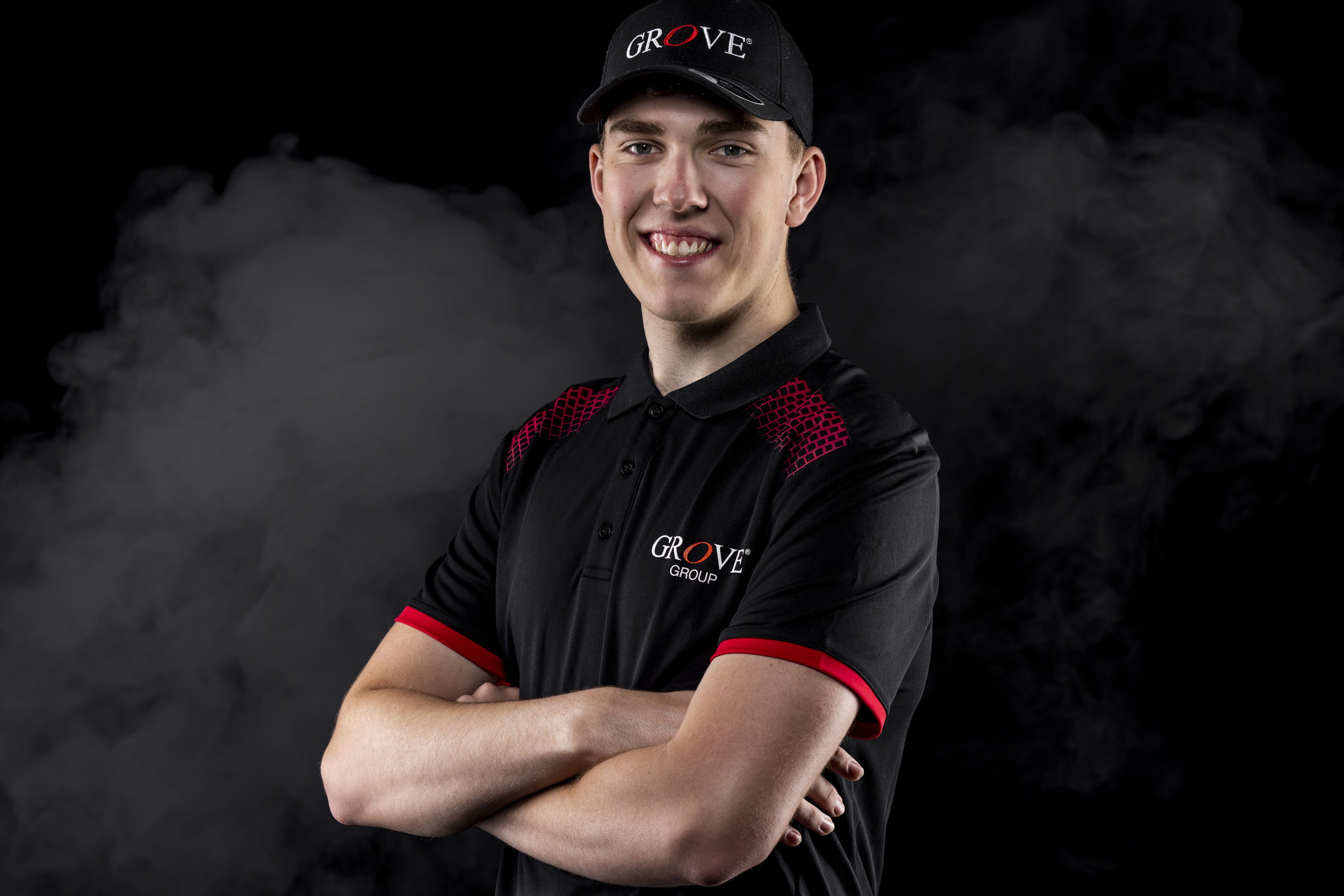 Applications to become part of the Grove Group’s much-anticipated junior driver and development program have opened.

To be known as the Grove Junior Team, the program is aimed at unearthing the next wave of motorsport stars and harness the skills of exceptionally talented Australian and New Zealand racing drivers via structured development plans, career progression and financial assistance.

In a similar vein to the famous Red Bull Junior driving program, the ultimate aim for the Grove Junior Team is to create direct pathways for chosen drivers to compete in the Repco Supercars Championship.

Prospective drivers will be able to apply to be part of the initial three-driver squad, with the program to offer, among other aspects, driver and engineering training, sports psychology, plus business mentoring and financial literacy. 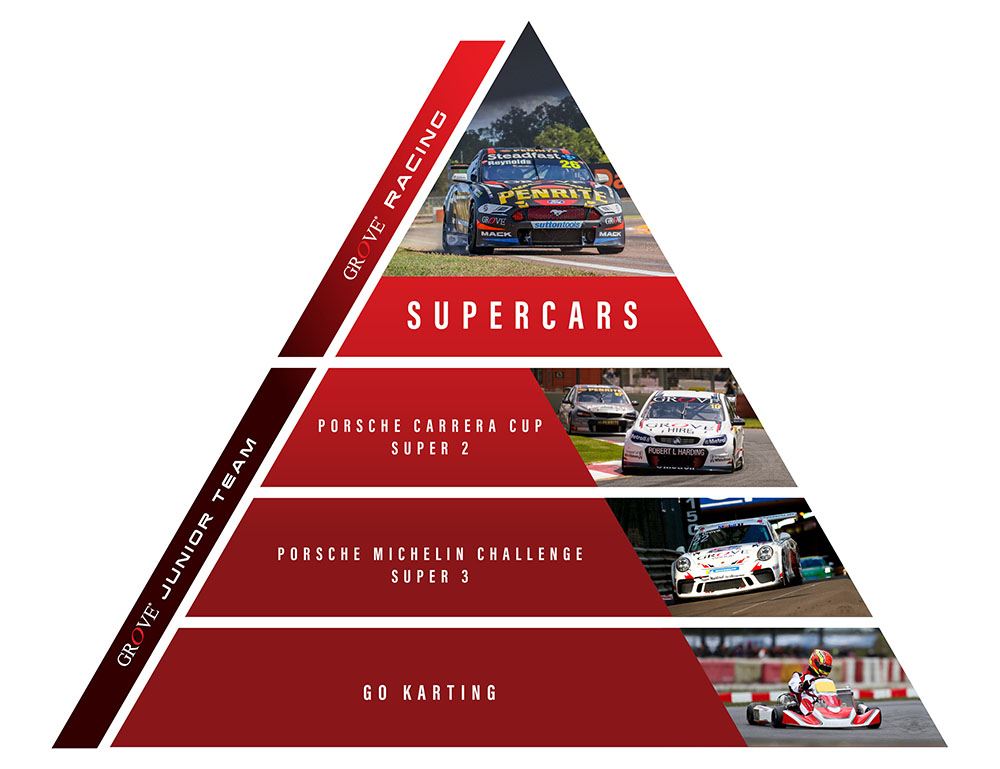 Successful Grove Junior Team inductees will receive a contribution to their racing budgets, underlining the squad’s determination to fast track the careers of young talent.

Inductees may be selected from as young as the age of 12, with any karter in Australia or New Zealand eligible for selection.

The inaugural Grove Junior Team’s inductee, Matthew Payne, has already enjoyed the fruits of being in the program, having recently been part of a driver evaluation day in a Super2 Supercar at Winton.

The gifted 18-year-old New Zealander has enjoyed unprecedented success in karting, before winning the Toyota Racing Series last year and making a dynamic start to his Porsche racing career in 2021, taking his maiden race win in only his third start in a race car at the Townsville street circuit.

Payne will complete the 2021 Porsche Paytner Dixon Carrera Cup season, as well as driving a Grove Racing-prepared entry in the Dunlop Super2 Series in the remaining rounds.

Applications to join the Grove Junior Team are open for the month of October, where judges Stephen and Brenton Grove, plus other renowned motorsport identities, will select the two extra inductees to join Payne.

The Grove Junior Team is a natural evolution of the group’s rise in the sport. Owners Stephen and Brenton Grove have been long-time entrants in Australian and international sportscar racing, competing and winning in the Porsche Carrera Cup, GT World Challenge Australia, and claiming a bronze medal in the inaugural FIA Motorsport Games in 2019.

At the start of 2021, the Groves formed an alliance with Supercars Championship team Kelly Racing. Next year, the family-owned team headed by Stephen and Brenton Grove, will up its investment at the top end of the sport, taking a 100 percent share in the Melbourne-based team for 2022.

Applications will be able to be submitted via the Grove Group website, starting October 1, 2021 and close at the end of October.

“The Grove Junior Program has been set-up to identify young drivers in Australia and New Zealand that have potential to build a racing career, who may not have the resources or expertise to be able to follow that road map,” said Stephen Grove.

“It’s something that we’ve put in place and we’re really excited about.

“In Australia and New Zealand, we’ve identified an area to give young kids the opportunity to progress. One of the models we’ve used is the global Red Bull Junior program, which has been able to discover and foster some of the world’s best drivers.

“Grove Racing has a variety of racing programs from Carrera Cup to Supercars, and once we entered Supercars team ownership earlier this year, we identified that it was really important to start bringing young drivers through a development program. There’s nothing really like it here in Australia and New Zealand.

“We’ve had a pretty close relationship with Scott McLaughlin through a long-term sponsorship and we’ve watched him develop from Super2 into Supercars and now IndyCar where he is making us all proud over in the US. These are the types of drivers we are looking for – next generation of young drivers that can come through and we can all be entertained by in Supercars.

“When we sat down and developed the program, one of the very important items highlighted by the team was to make sure we had the resources to be able to teach the drivers about all components contributing to becoming a professional.

“These included teaching young drivers about the fitness requirements, media training, the commercial side of the business, liaising with sponsors and making sure they are getting a return on investment.

“This will form the basis of our program for the young drivers we select for our program.”

“We’ve seen how successful other motorsport academies have been across the world and the Grove Junior Team is aiming to join the elite in this area,” said Matthew Payne.

“I’m so grateful to be the first inductee to this junior program and I just can’t wait to represent it on the racetrack.

“It’s an awesome opportunity for myself to progress my career as we know these days it’s really hard to keep climbing the motorsport ladder and it’s great to have Stephen (Grove) helping out other young drivers looking to boost their careers as well.

“It’s really hard for young drivers to make their way into Supercars because there are so many top athletes in the sport already and it’s hard for the next generation to get into it. I think the Grove Junior Team program does a good job of giving us the support network we need to boost ourselves to that level. I think the opportunities it provides are unlike anything else.”