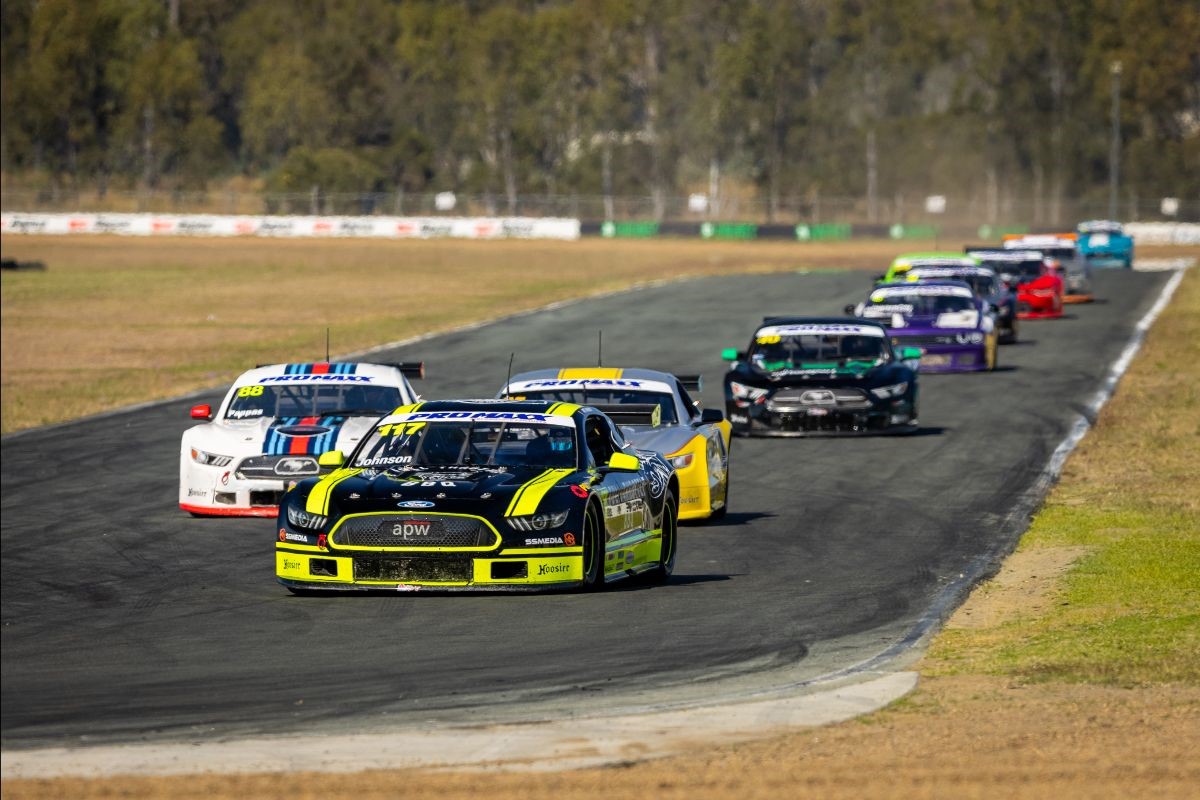 Following his maiden circuit racing victory in Race 1 yesterday, Johnson put the metal down and cantered away to win the final three races of the weekend, by margins of 3.7 seconds, 2.1 seconds and a massive 7.5 second margin in the final.

Starting third, Pappas got the jump on Wright off the start of the first race of the day before Wright regained second place under brakes into Turn 3 and remained second.

After he was caught up in the first lap incident in Race 1, Adam Hargraves made up six spots from the rear of the grid to finish fourth from Karl Begg, Peter Robinson and Murray Kent.

Wright encountered a slave cylinder issue in Race 4 and dropped further back the field again, as Pappas maintained second place.

Murray Kent and Karl Begg battled for fourth position before the pair clashed on Lap 8 as Begg tagged Kent’s Camaro into a spun on the run out of Turn 3. Begg crossed the line fifth before he was handed a 30-second post race penalty for his part in the incident.

Johnson took his fourth win from as many races to take the lead in the PROMAXX Performance Exhausts TA2 Northern Series standings by nine points over Russell Wright. 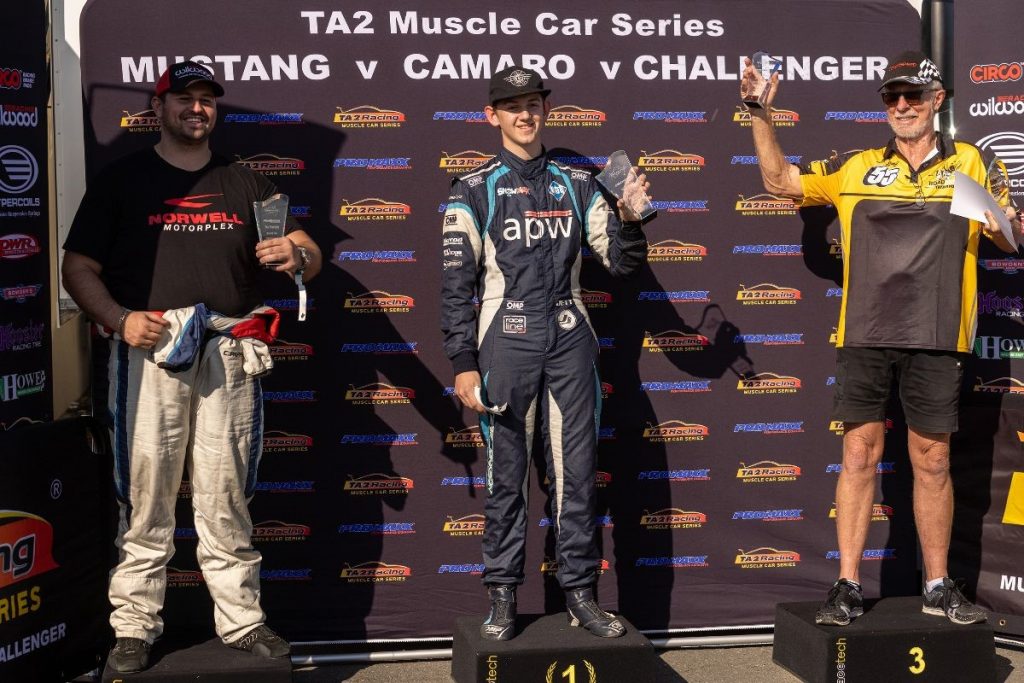 “From the first practice session we rolled out I knew we were on for a good weekend, the car was on rails and I knew it was up to my to conserve the tyres, conserve the car and not make any mistakes.

“I knew we had a chance to run up the front, but I never would have thought we would came away with pole and all four race wins, so it’s been a great weekend.

It’s been great to have the support of my family and friends this weekend, as well as all our partners on the car that make this possible, including Full Throttle BBQ, Pirtek, Signwayz, SS Media, Beaurepaires Beenleigh, APW Wentworthville, Fineline Fabrications and R&T Pumps.”