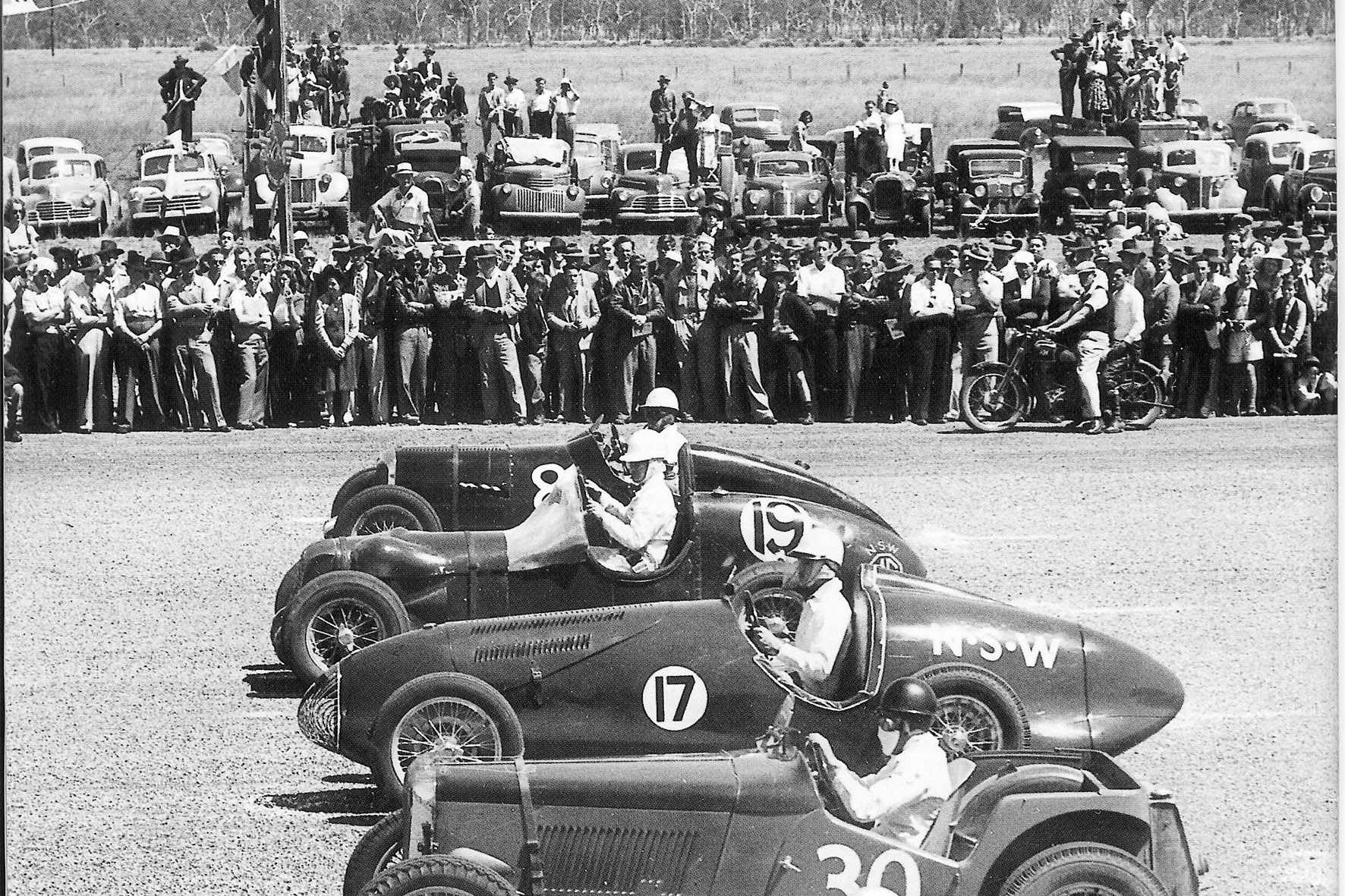 These days the grand prix – when Covid-19 allows – is a Formula 1 extravaganza In Melbourne. It’s long-gone from the little town on Queensland’s Southern Darling Downs, but the legacy it created continues with the Historic Leyburn Sprints, set to be staged for the 25th time on 21-22 August.

Almost 220 historic, classic and performance cars ranging in vintage from 1925 to 2019 – and including two MGs from that grand prix – are set to contest the Sprints time trials on a 1.0 kilometre round-the-houses street course. The weekend crowd is expected to be closer to 15,000, still a deluge for this farming community 220 kms west of Brisbane.

“The Sprints bring the town alive. It’s a wonderful atmosphere,” says Shane Toy, landlord of the 1863 Royal Hotel, the oldest continuously-licensed premises in its original structure in Queensland.

“The heritage and spirit of the grand prix are still alive among the current competitors and the town welcomes them and the spectators with true country hospitality.”

Situated close to the start line, the pub is the social centre during the Sprints, but patrons – including hundreds of campers beside Canal Creek – also pack the RSL, general store, post office shop and an old-wares shop run by the local Men’s Shed.

Also benefiting from the influx are the numerous community organisations which earn money by staffing the food stalls, entry gates and various other roles. Leyburn State School and the Historic Leyburn Sprints Community Benefit Fund have been nominated for direct support this year.

It’s a true community grassroots effort, estimated to contribute around $1.5 million to the regional economy.

Leyburn was settled in the 1840s, following the arrival of squatters who took up Canal Creek Station in 1841. One of the earliest buildings, the residence of James Murray built in 1858, still stands in Macintyre Street, opposite the Royal Hotel.

The 1860s saw Leyburn servicing surrounding gold mining camps and mail and passenger stagecoaches passing through regularly, but little appears to have happened from then until the advent of WW2 and, ultimately, the Australian Grand Prix. 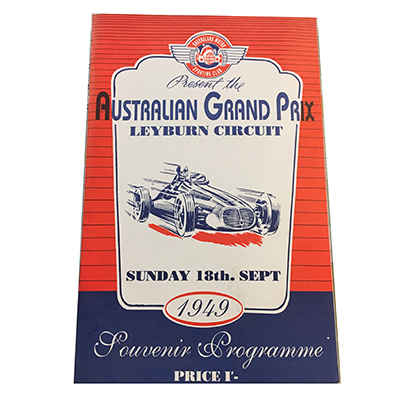 An aerodrome was built for the Royal Australian Air Force 200 Liberator Special Duties Flight, supporting operations into enemy-held Borneo by the Army’s secret Z Special Unit. Liberator Park, at the entrance to Leyburn, is a reminder of this time.

As with Lowood (Qld) and Strathpine (Qld), the Leyburn aerodrome became a motorsports venue soon after the war. It’s said Leyburn inherited the 1949 grand prix after the Lowood community resisted hosting a motor race on a Sunday.

“At the time Leyburn, like every small country town in Australia, was rebuilding following the Second World War and the opportunity to host the grand prix provided a real highlight for the township,” recalls Sprints Founder and Race Director Mike Collins.

“An air of excitement and anticipation filtered through the community in the lead-up, but not even the most supportive of locals could have imagined the flood of spectators that made the journey to witness the 14th (Australian) grand prix.

“That occasion still stands as the most populated time in Leyburn’s history and those who have come along in recent years to the Historic Sprints will appreciate what an amazing scene it was to see 30-odd thousand people descend on a community so small.”

The race on a 6.9 km triangular circuit was staged on 18 September. It covered 35 laps and was won by John Crouch in a French Delahaye, ahead of a mixture of imported racers and home-built specials.

Racing continued for only a few years after the grand prix departed, but in 1996 Mike Collins and fellow locals launched the street Sprints. It’s become a fitting tribute to the GP, earning a Queensland Motor Sport Event of the Year award and a wide reputation as one of Australia’s most-respected historic meetings and an annual social and sporting highlight on the south-east Queensland calendar.

“As a highlight of Southern Downs Horsepower Month, the Sprints has a wonderful mix of motorsport, car and van displays, markets, entertainment and, most of all, a welcoming country atmosphere that attracts visitors for hundreds of kilometres around, especially from the rural regions,” says Sprints President Tricia Chant.

“We keep entry prices low to allow families to attend and no-one will ever be bored for even a minute.

“It’s so much bigger and better in most ways than the 1949 grand prix. Only the crowd is smaller.”

Competition at the Sprints will start at 8am on both days. Adult ticket prices – unchanged for more than five years – will be $20 for Saturday or Sunday or $30 for the weekend. Children aged under 14 enter free and street parking is free.

Leyburn is around 60 kms north-west of Warwick and 220 kms from Brisbane.