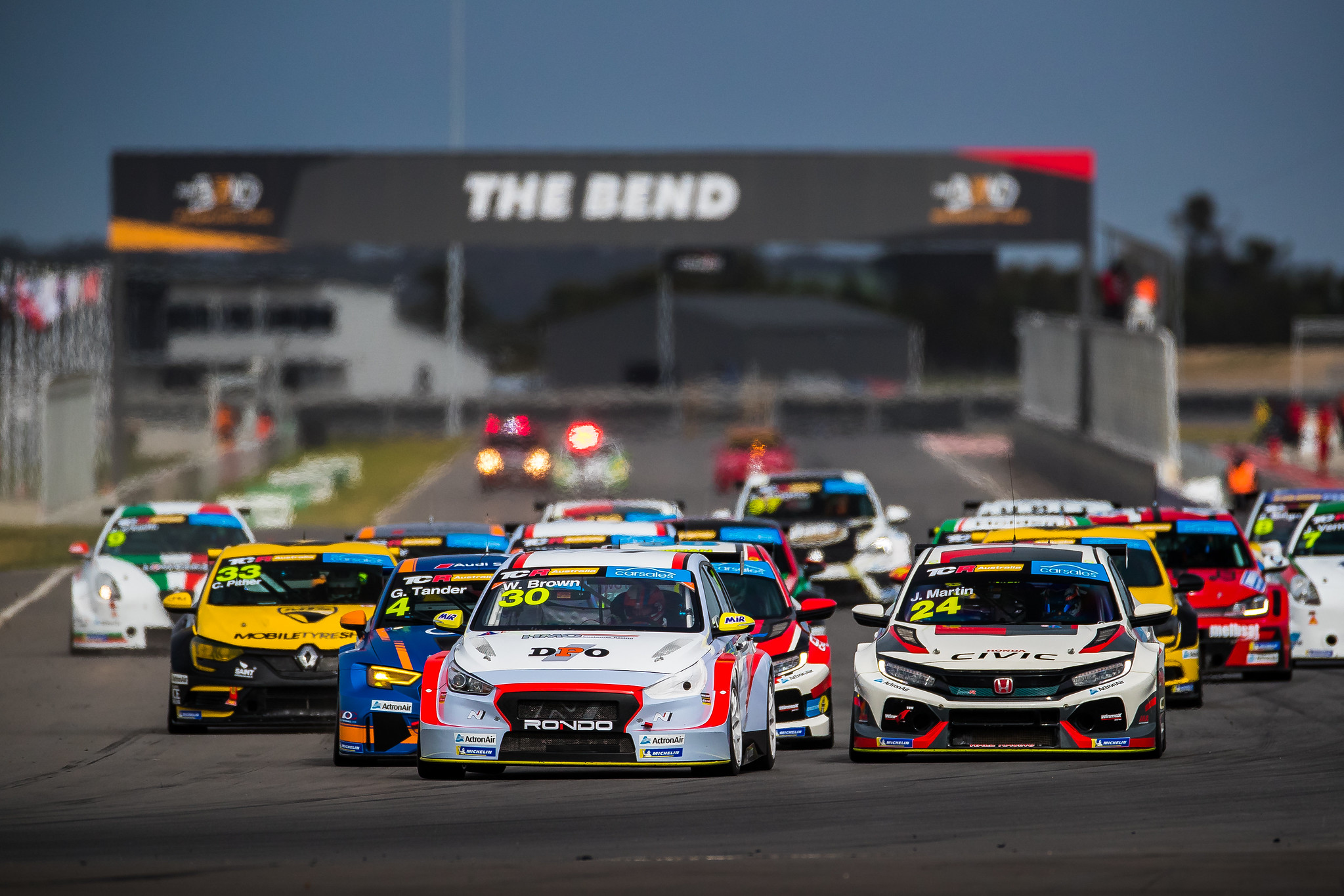 The Australian Racing Group has confirmed that the Fanatec GT World Challenge Australia Powered by AWS will be joined by three key ARG categories at The Bend Motorsport Park on October 15-17.

For TCR, TCM and Trans AM, The Bend replaces Morgan Park’s scheduled August round that was recently cancelled due to border closures.

The high-profile event will utilise the circuit’s 4.95km ‘International’ configuration and will see the debut of the Gulf Western Oils Touring Car Masters and National Trans Am Series at Australia’s newest permanent motorsport circuit. The event will mark TCR Australia’s third visit to the track after contesting two rounds during its inaugural season in 2019.

For the Fanatec GT World Challenge Australia Powered by AWS, it will be the first of two three hour, two driver endurance race formats. The second round of the endurance championship will be held at the Supercheap Auto Bathurst International on November 26-28.

The Bend event will be broadcast live and free on the Seven Network across both its free to air network in HD on 7mate as well as being live and on demand on 7plus.

Event and television scheduling will be announced in due course.

The next round of the Shannons Motorsport Australia Championships will be held at Sandown International Raceway on September 17-19.

“ARG is excited to bring our racing categories back to The Bend in October this year,” Braid said.

“We visited The Bend twice in our first year of TCR racing in 2019, and it proved popular amongst fans and competitors alike.

“The facilities are second to none in Australia, the events are always well promoted and supported, and we look forward to seeing our huge variety of categories tackle The Bend’s impressive layout.”