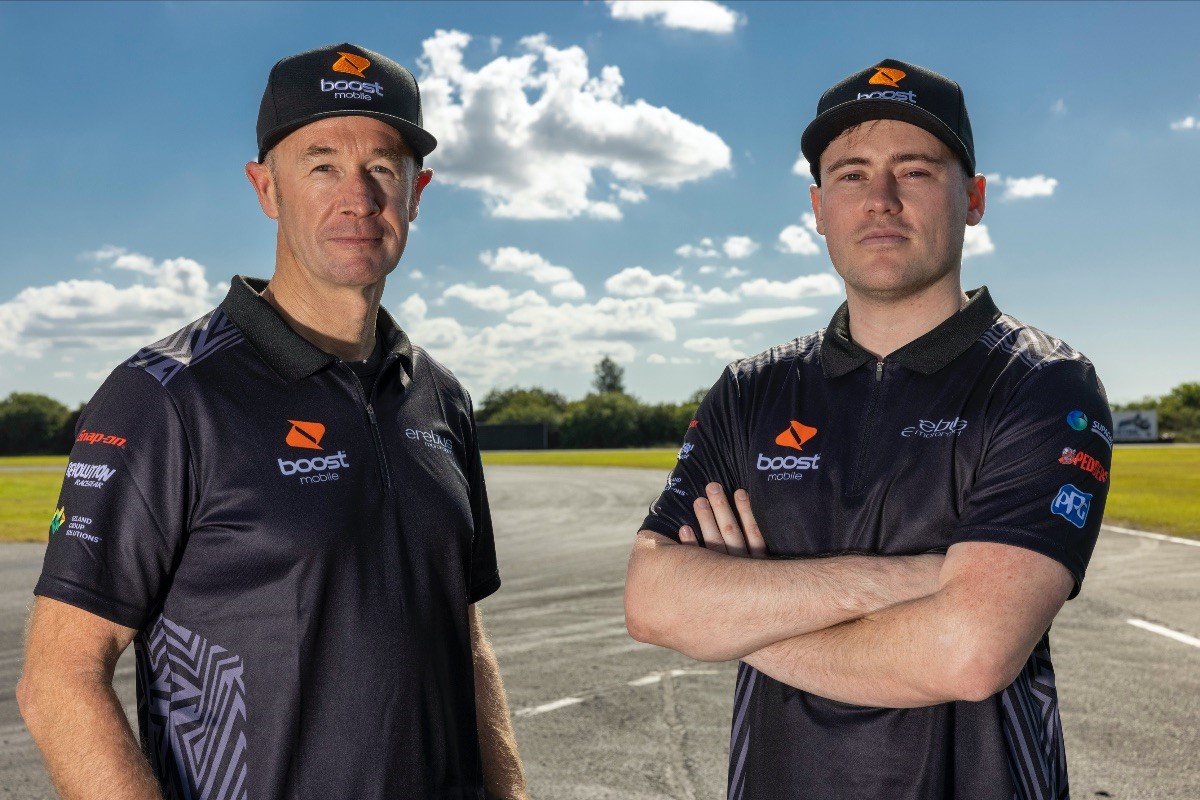 Erebus Motorsport and Boost Mobile have today confirmed they will field a wildcard at this year’s Bathurst 1000.

Murphy’s sensational comeback comes seven years after retiring from racing and marks his 23rd Bathurst 1000 start, scoring wins in 1996, 1999, 2003 and 2004, although his most famous Bathurst moment was his Lap of the Gods qualifying effort in ‘03.

Meanwhile, it will be a fifth start for Stanaway after hanging up his helmet two years ago.

“All of a sudden here’s a group of people who are wanting and willing to make this happen,” Murphy said.

“I’m very fortunate and lucky to be presented with the opportunity to go back and race at a place that means so much to me.”

“The number 51 has become a signature that has been associated with me and my career for quite some time so it will be cool to bring it back,” Murphy said.

“Peter (Adderton) played a significant role in how I came to be a full-time professional race car driver and now we are back here doing this together.

“Barry (Ryan) and I have worked together several times and we have a great respect for each other. It’s going to be fun to go back and reminisce on some of the stories and memories that we’ve had in the past and I’m looking forward to the journey.”

Murphy and Boost Mobile owner Peter Adderton’s long-standing relationship stems back to 1994 in both the Australian Manufacturer’s and Australian Drivers Championships, before he became Boost Mobile’s earliest motorsport ambassador.

Stanaway also raced under the Boost Mobile banner during stints at Tickford Racing in 2018, and Garry Rogers Motorsport in 2019.

The global telecommunications brand also supported Stanaway during his 2017 endurance campaign, where he drove to victory at the Sandown 500 with Cameron Waters.

“At first I didn’t think Pete was being serious, like a lot of people but then he reached out to me,” Stanaway said.

“I’ve had a really good relationship with Boost, it’s been great to have a sponsor that’s supported me and believed in me.

“I’m really grateful for their support and I’m glad we’re going ahead with it because I’m really looking forward to it.”

“Murph has always been a big inspiration of mine and driving with Murph is one of the big reasons why I want to come back.

“It’s cool to have someone of his calibre back in the car at the biggest race of the year.

“Erebus are a team I’ve always admired, and they’ve done a great job over the past few years so I’m really looking forward to seeing what it’s all like from the inside.”

The announcement comes after months of campaigning from fans after Adderton floated the idea on social media back in April.

“Originally the idea was a bit tongue-in-cheek, but the fan reaction has been incredible, so I wanted to make this team happen for them (the fans),” Adderton said.

“I got on the phone to Greg and Richie and although they initially weren’t interested, it didn’t take too long for them to see what we were trying to do and for them to change their minds.

“We have an incredible relationship with the team at Erebus and Barry (Ryan) understands better than most that the entertainment and fans are key to Supercars’ success.”

“As soon as we saw Peter’s idea, I thought that’d be a big undertaking but we almost ran a wildcard with Boost last year, so we already had a plan,” Erebus CEO Barry Ryan said.

“I’ve engineered Greg before and worked with him really closely. He’s basically a motorsport God in New Zealand but he’s also got a lot of passionate Aussie fans as well so it will be cool to see how they react to the news.

“Both drivers know how to drive a race car and we’ll make sure we give them some good testing and that they’re comfortable in the car before we get to the Mountain.”

The team are set to roll out their livery for the Great Race later next month, with this year’s Bathurst 1000 set to take place on October 7 – 10.