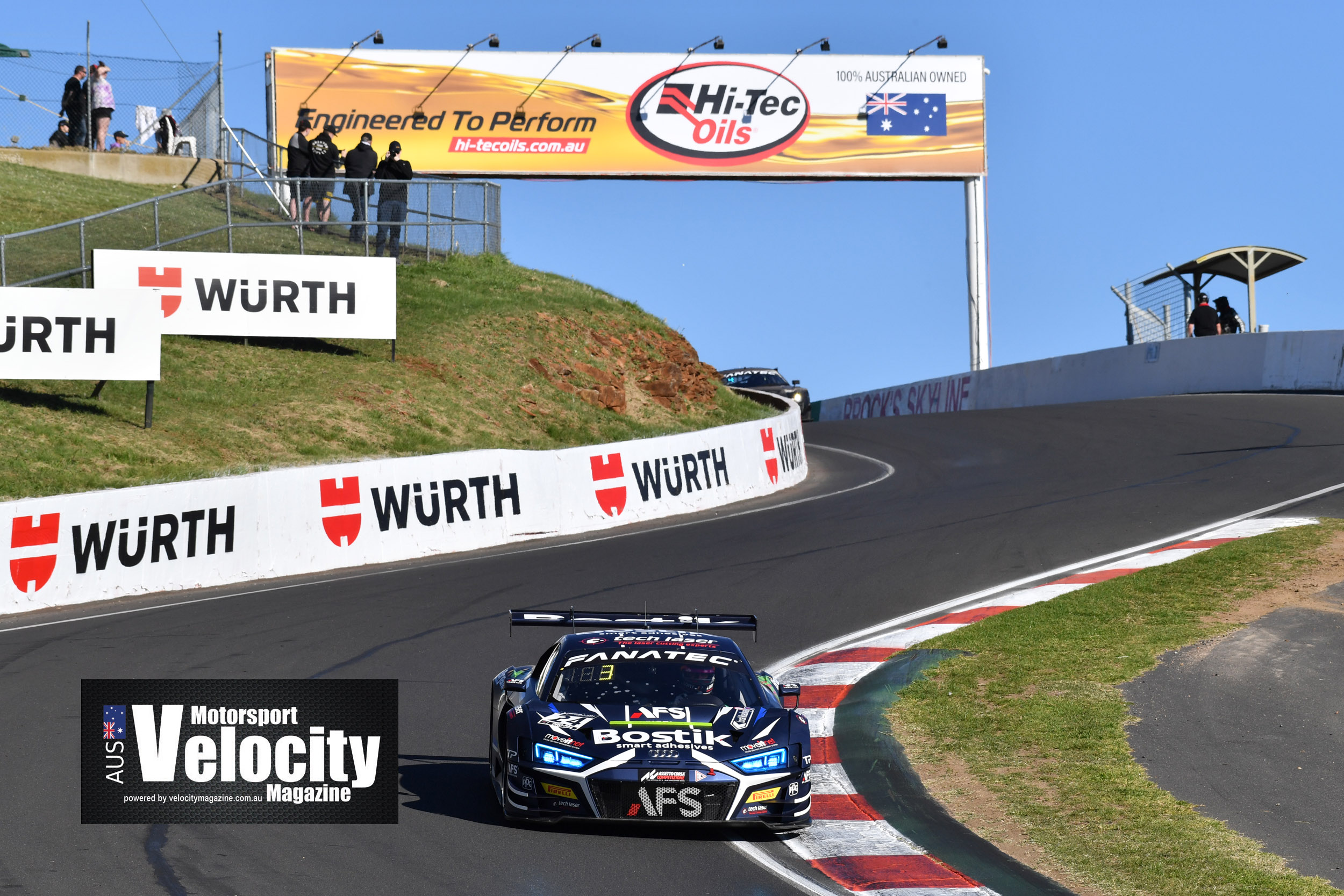 Tony Bates and Chaz Mostert have overcome a contentious penalty to bring the Bostik Racing Audi R8 home on the podium in Race 1, Round 2 of the GT World Challenge Australia at Bathurst today.

After qualifying third, a solid opening stint from Bates preserved the car’s position in the top five, before he made his compulsory pit stop to hand the car over to Mostert at the 25-minute mark.

Mostert immediately charged out of the pits, setting some of the fastest laps of the race as he hunted down his opponents. He elevated the Bostik Audi to second place and closed to within two seconds of the outright leader.

Alas, the team’s pit stop was adjudged to have been 0.2s shorter than the minimum time and Mostert was called back into the pits for a stop-go penalty, which relegated him to sixth.

With pure determination, Mostert returned to the track and continued to punch out a series of rapid laps, overtaking his rivals and eventually taking third place with a late braking move into the Chase on the very last lap.

While he was pleased with Mostert’s strong recovery performance, Bates expressed his frustration with the penalty.

“To be penalised so severely for such a minor indiscretion was a bitter pill to swallow, it took us right out of contention,” Bates said.

“As we expected, Chaz had very strong pace – he was catching the leaders at a rapid rate of knots and there’s no doubt he would have been challenging for the win.”

Tomorrow’s second race will see a reverse of today’s strategy, with Mostert to take the start.

“I’m confident Chaz will put us in a solid position tomorrow, so it will be up to me to bring it home in the last stint,” Bates said.

“I was satisfied with my performance in qualifying today, but there are still some gains to be made with our pace over a longer run, so we’ll do some homework overnight.”