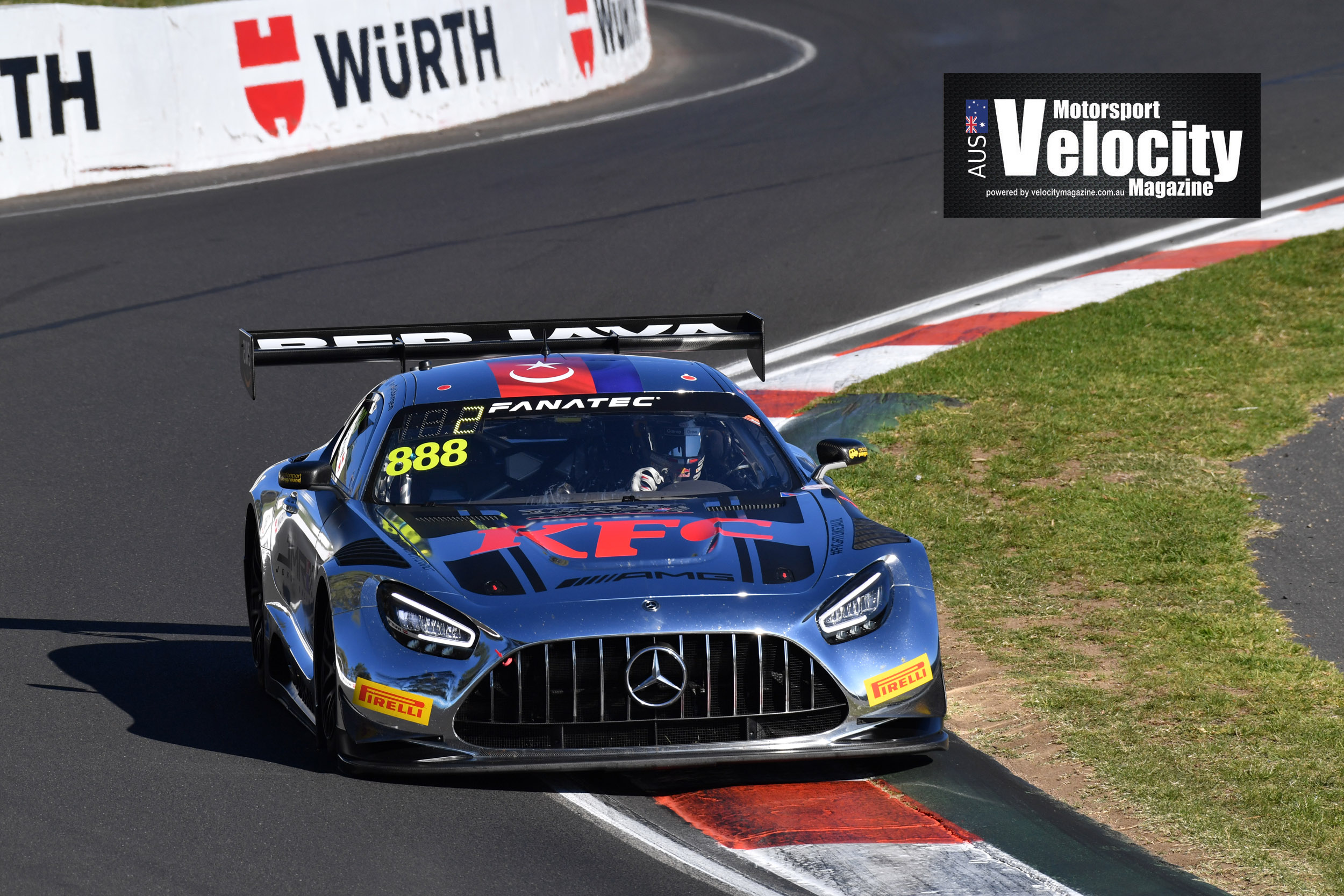 Aboard the #777 Audi R8 LMS GT3 Evo, Shahin was fastest in Qualifying 1, which sets the grid for Race 1, while van Gisbergen romped to the top in Qualifying 2 for pole in Race 2 driving the Triple Eight Mercedes-AMG GT3 Evo.

In a hotly contested opening qualifying session for Am-rated drivers, Shahin edged out the Nissan GTR NISMO GT3 of Brett Hobson by 0.4s.

Shahin completed his best lap in 2:07.225s, enough to put him on the top of the timing screens followed by Hobson and the Audi R8 LMS Ultra of Brad Schumacher in third.

Van Gisbergen was quick out the gates in the Pro-rated driver qualifying, immediately dipping into the 2:05s before lowering that to a 2:04.366s.

Chaz Mostert pulled out a 2:03.676s to go almost seven-tenths of a second quicker than van Gisbergen as the #777 Audi of Garth Tander slotted into second.

More improvements came in the final stages of the 20-minute session with Mostert punching in an even quicker 2:03.090s, but as the chequered flag flew van Gisbergen stunned everyone.

The Kiwi wheeled the Triple Eight Mercedes to a 2:02.863s, a blisteringly quick lap time, to pip Mostert to pole for Race 2 by two-tenths of a second.

Mostert stayed on the front row ahead of Tander, with the top three separated by 0.6s, while David Wall in the Wall Racing Lamborghini Huracan GT3 and Brenton Grove’s Porsche 911 GT3 R were the top five.

The first hour-long race is scheduled to take place at 14:15 local time today, with the action Live on the screens of Seven in Australia.