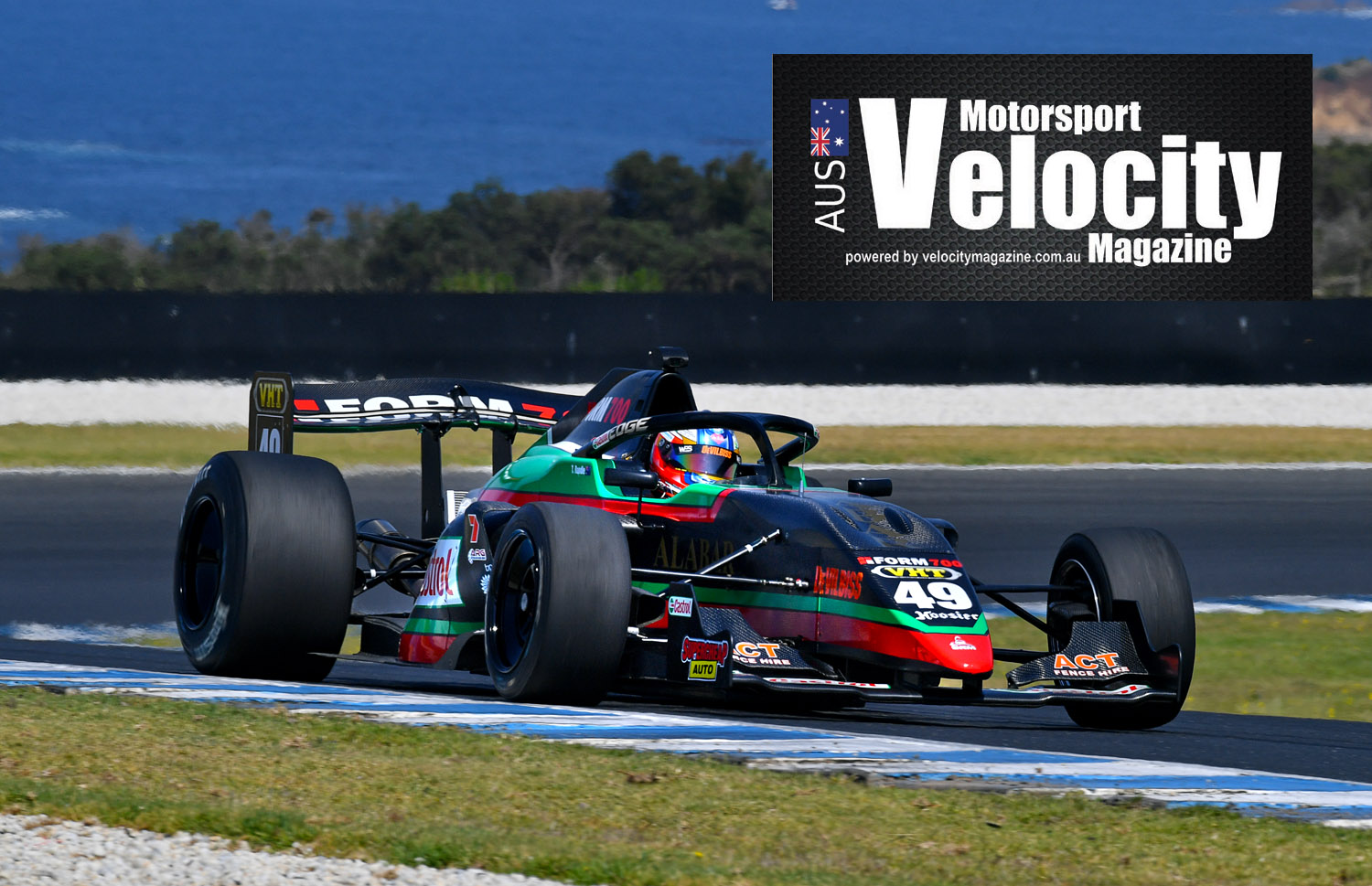 It ensures Randle takes a six-point lead in the title fight to the third round of the series this weekend at Sandown, where the S5000 series plays on the undercard to round two of the Supercars Championship. 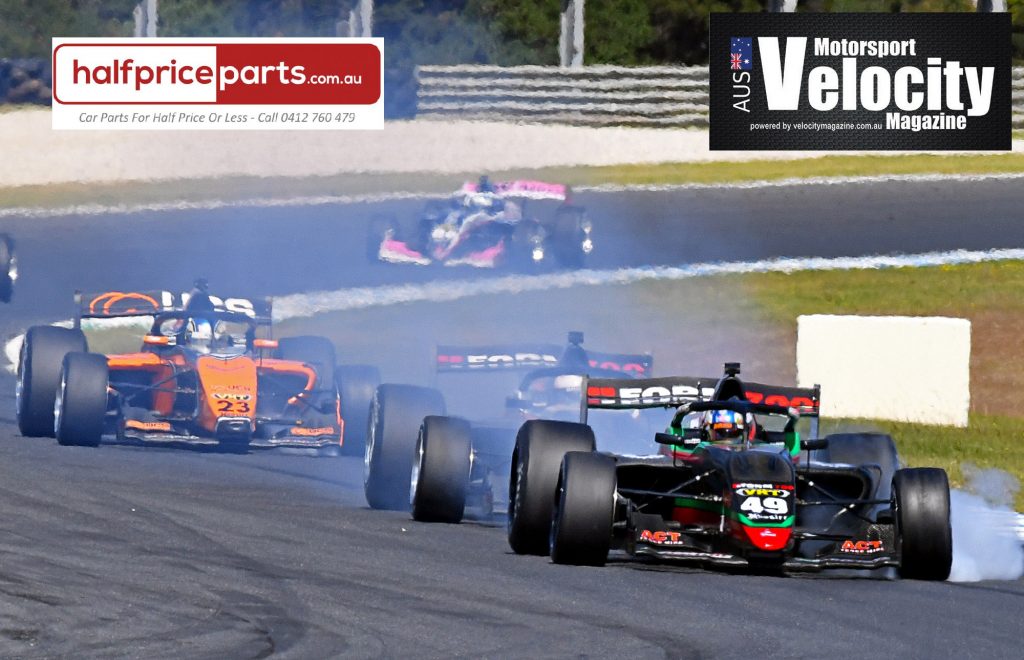 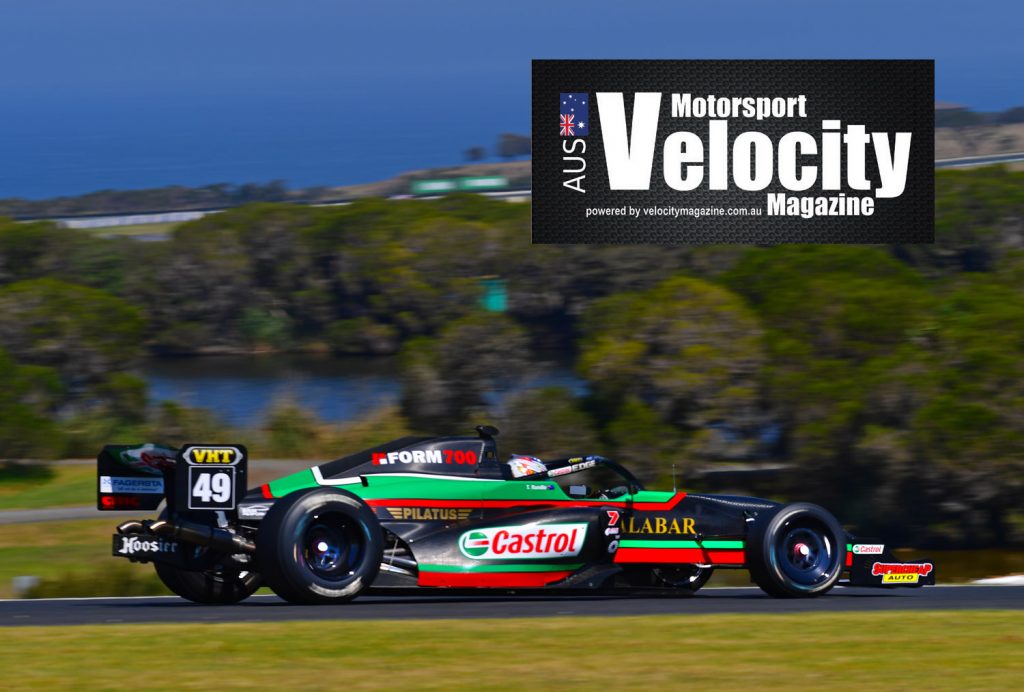 “We all love to race, and to race on back-to-back weekends is just awesome – it makes us feel like a NASCAR driver for a weekend!” Randle said.

“And to race on two great race tracks – albeit completely different is a real treat – especially in these S5000s.
“Everyone who saw and heard them last weekend at the Island just raves about how mean they sound, so hopefully it’s a great weekend ahead in front of a big crowd at Sandown.”

The 2020 Super2 series champion debuted his brand new livery, with major sponsor Castrol joining his team at the Island for the remainder of the S5000 series.

Randle has a point to prove after Sunday’s race at the Island where he carried a damaged car after contact at the start of the race with young rival Nathan Herne.

“Firstly, I’m very pleased Nathan is OK – and I went to check on him before he hopped in the ambulance,” Randle said.
“It was certainly spectacular and I’m glad I was cleared of any wrongdoing – as the stewards deemed, it was a racing incident and just unfortunate that it turned out the way it did.

“It made the rest of the day a tough one – and I just had to nurse the Castrol car while our main rivals in the championship (Joey Mawson and Tim Macrow) finished in front of us.”

This weekend now sees the penultimate round of the S5000 series hit Sandown with three races, highlighted by Sunday afternoon’s 20 lap feature.

The winner of the event will be awarded the John Bowe trophy in honour of the Tasmanian racing icon.

“I love Sandown, it’s so old school with the bumps, and it’s a seriously fast place to race,” Randle said.

“The last time I raced here was in 2019 as a co-driver with Tickford Racing at the Sandown 500, where I scored my maiden podium alongside Lee Holdsworth. So I’m really looking forward to seeing what these will be like to handle around Sandown Raceway.”

“I’ve just got to thank team BRM to turn the car around for this weekend, and to my supporters – Castrol, Skye Sands, Form 700, Alabar, ACT Fence Hire, DeVilbiss and Pilatus who continue to help us get to the track.”

The S5000 field will have two practice sessions before qualifying on Saturday, ahead of three races across Sunday.

The entire weekend will be broadcast live on Fox Sports 506 and Kayo.

MEDIA RELEASE/S5000 - Photo: ARG James Golding picked up where he left off on Friday…