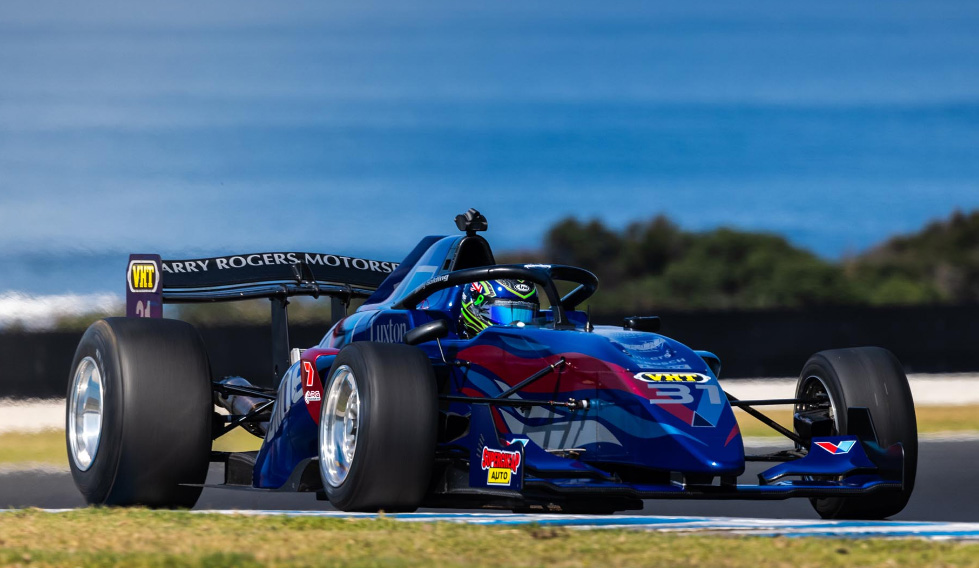 James Golding picked up where he left off on Friday morning, topping Practice 2 for VHT S5000 Australian Drivers Championship at Phillip Island.

The Team Valvoline GRM driver was quickest in this morning’s session and doubled up by also topping Practice 2 in stunning conditions at the 4.46km circuit in Victoria’s South East. 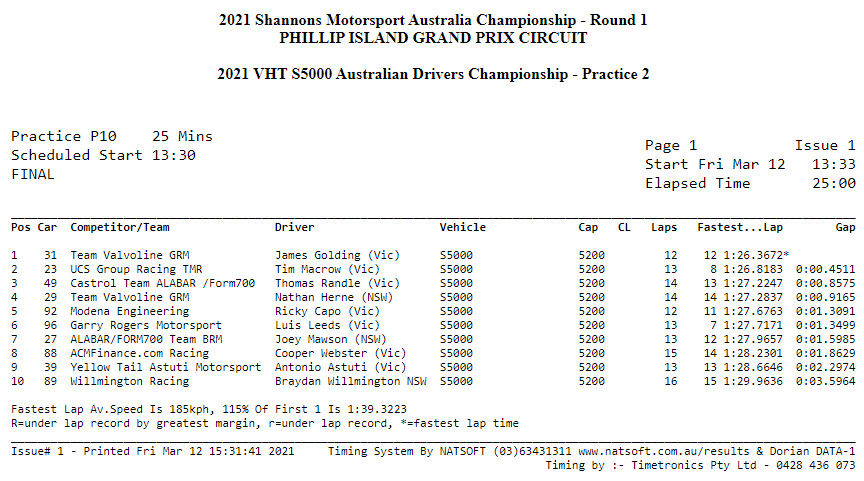 Tim Macrow was the early pace-setter in the afternoon session but was pipped by Golding at the halfway mark. The pair subsequently exchanged fastest laps for the final 10-minutes, however, Golding’s last effort – a 1:26.367s flyer – stood until the chequered flag.

The session was held in significantly warmer track and ambient temperatures than the first session, slowing lap times across the field.

As a result, Golding’s Practice 2 time was in fact 0.3s adrift of the blistering time he laid down in Practice 1 in slightly cooler conditions.

Macrow settled for second on a 1:26.818s, which put him four-tenths off the Practice 2 pace in his UCS Group Racing TMR entry.

Series leader Thomas Randle filled into the order in third for Castrol Racing, followed by Nathan Herne and Ricky Capo in fifth.

Qualifying takes place on Saturday at 09:30 AEDT, to be followed by the pair of heat races on a busy Saturday schedule.

Both races will be broadcast live and free on the screens of Seven, with coverage on 7mate commencing at 11:00am AEDT.