The picturesque weather continued into the afternoon for a final 25-minute practice hit out for the TCR field.

Chaz Mostert banked an early 1:38.144s in his MPC Bostik Racing Audi RS3 before returning to the pits, which stood until the closing stages.

He was pipped by Wall Racing Honda Civic Type R driver Tony D’Alberto and Holdsworth, with the latter holding sway at the top of the time-sheets until the chequered flag.

Holdsworth’s 1:37.702s effort secured him the fastest lap of Practice 2 while fellow Alfa Romeo Giulietta driver Michael Caruso moved ahead of D’Alberto for second position right at the end.

The top three were separated by two-tenths of a second, with the gap from the fastest man, Holdsworth, and Caruso in second, only 0.09s. 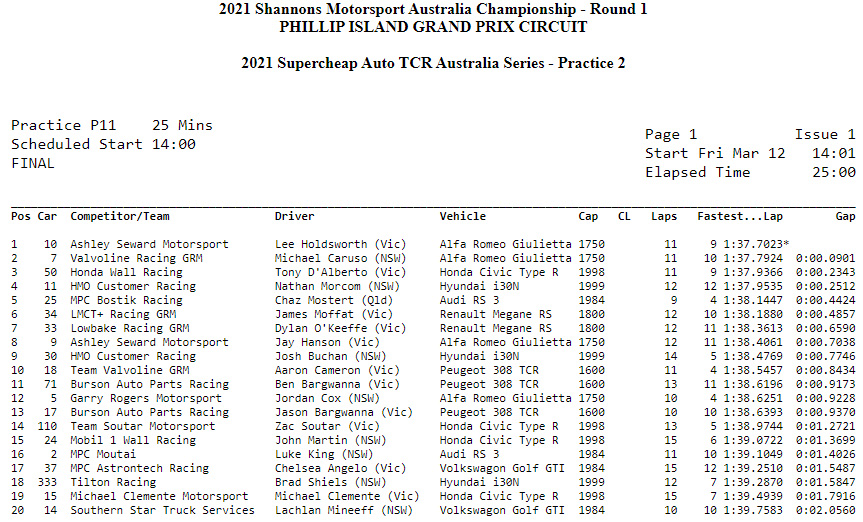