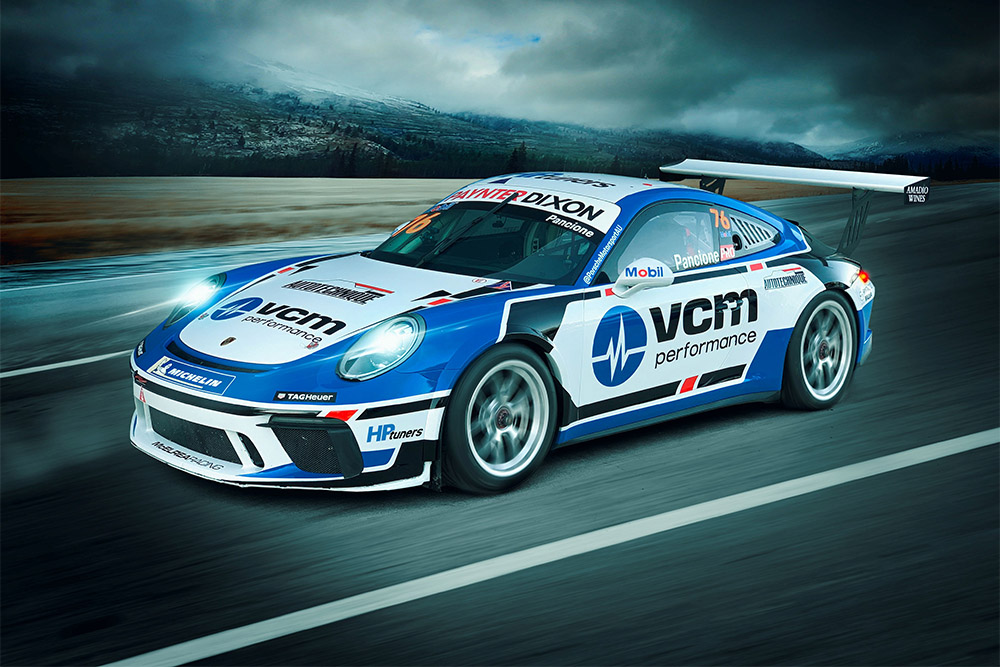 Rising star Christian Pancione has unveiled the stunning VCM Performance 911 GT3, which he will make his debut in the Porsche Paynter Dixon Carrera Cup Australia at Sandown Raceway next weekend.

Pancione will contest five rounds of this year’s championship with McElrea Racing, which will introduce him to Porsche’s top-flight series ahead of a full series campaign in 2022.

The 19-year-old Melbourne-based driver will also contest this year’s second-tier Porsche Michelin Sprint Challenge with McElrea Racing, targeting the Mobil Pro outright title after claiming Class B honours in 2018 and fifth in his first Pro season the following year.

Pancione took his first laps in the 991 Gen II race car at Queensland Raceway last week, completing just over 70 laps while quickly coming to grips with the additional power.

“The power difference was noticeable immediately, but I felt right at home in the newer generation car. It’s a fun car to drive,” Pancione said.

“I’m looking forward to stepping up to Carrera Cup, but I’m also excited about this season in the Michelin Sprint Challenge, which is our primary focus for the year.”

McElrea Racing team principal Andy McElrea said after this year was an essential step in Pancione’s promising career after the pandemic curtailed almost the entire 2020 season.

“Christian is a great talent and has been impressive in pre-season testing in both the Cup and Challenge cars, so we expect an outstanding season ahead for him,” McElrea said.

“He is a genuine chance for the Sprint Challenge title, which is his main goal, while we’re also really looking forward to giving him a taste of the future in Carrera Cup.”