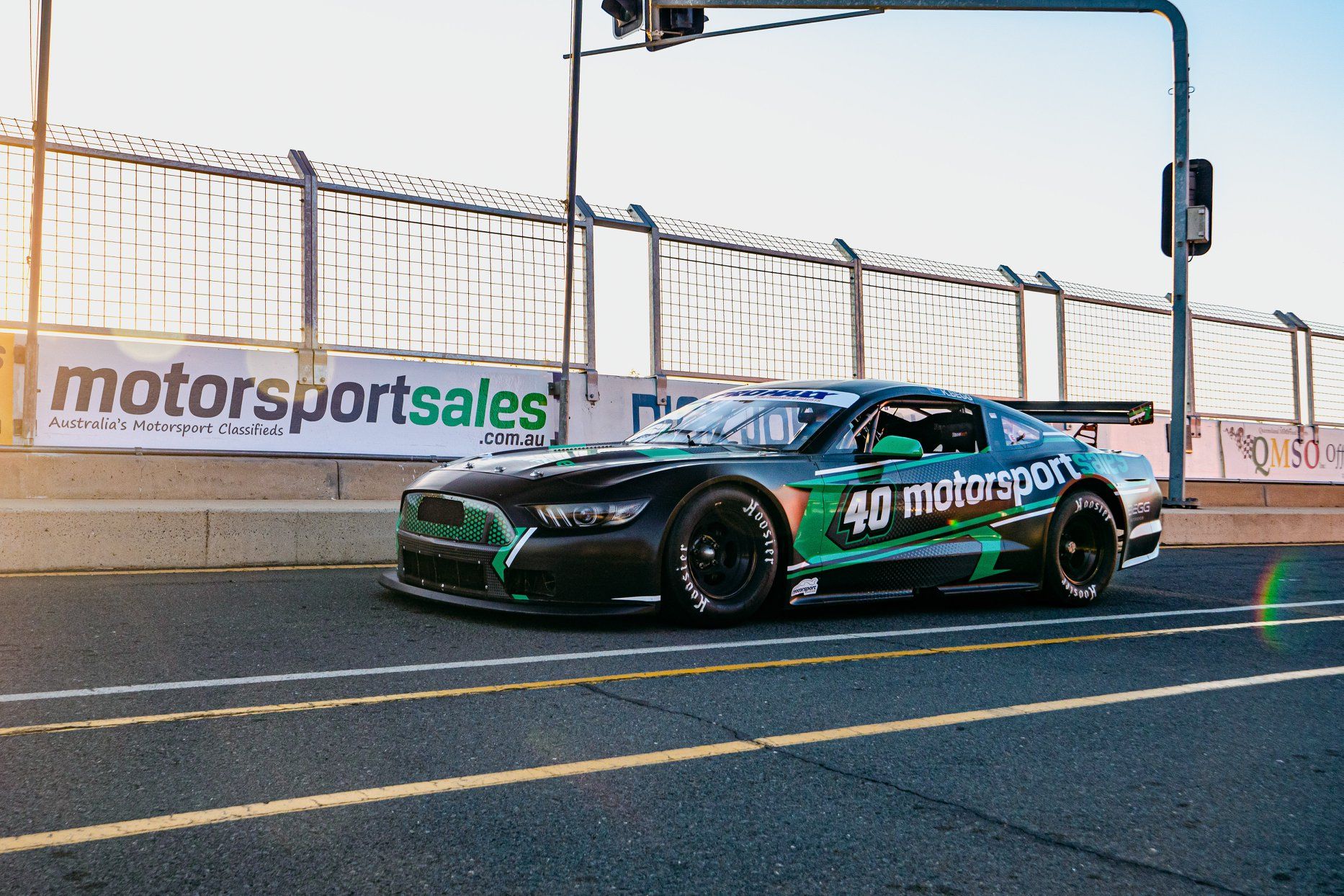 Morris will take the wheel of the Motorsport Sales Ford Mustang courtesy of car owner Karl Begg for Round 1, with the car to be prepared alongside Chris Pappas’ Wealthrite Mustang out of the Paul Morris Motorsport stable.

Morris will be joined by two debutants from the NSW Sports Sedan ranks in John Ford and Steven Lacey, as well as former Speedway racer Barry Kelleher. Lacey will fill-in for series founder Peter Robinson in his Wagner Group Dodge Challenger, while Ford and Kelleher have purchased a Mustang for their respective TA2 entries.

A unique format for the series will see a 15-minute qualifying session followed by a 10 lap sprint race on Saturday, before a 30-minute feature race under lights commencing at 9pm on Saturday night following the four-hour Super GT race. The final two sprint races will be held  on Sunday.

Wright is recovering from surgery after recently breaking his leg in a cycling incident and will have 18-year old Lismore-based TA2 and S5000 driver Nathan Herne on standby if he doesn’t feel comfortable in the car.

Peter Herd returns in a RTC Motorsport assault, alongside the Illawarra Engineering Services team of Paul Hadley and Graham Cheney.

Series regulars Anthony Tenkate, George Kulig, Mark Crutcher and TA2 newcomer Jason Hassett complete the grid for Round 1. Crutcher, from Young in NSW, will debut a brand new Ford TA2 racer for the weekend, swapping the Mopar Dodge he has raced for the last few seasons for a new Mustang, recently constructed by Howe Racing Enterprises.

On-track activity begins on Friday with three official practice sessions. The TA2 night race will be shown on free-to-air channel SBS in a post-produced episode of popular Motorsport program Speedweek.

“We know Karl Begg through Motorsport Sales who owns the TA2 car and he was going to race it this weekend but had to pull out at the last minute, so he rang me up to ask if we wanted to use his Mustang to get some laps under my belt at Sydney Motorsport Park,” said Nash Morris

“They’re a pretty cool car. They look awesome, they’ve got plenty of power, they move around on the tyre and there’s plenty going on with the H-pattern gear shifter which is a bit old school, so there’s a lot to learn from handling one of these beasts.

“I’ve done a couple of races there in my Excel, but the main reason to go there this weekend is to get some laps before I race there in the Super3 Series later in the year. The TA2s have similar sort of power to the Super3 so all this experience will help towards that.”

“The night race sounds really cool and I can’t wait to get out there and see what it’s like to race these cars under lights.”

“Given the border and lockdown issues we have all had to deal with over the past 12 months, this weekend’s first round of our 2021 series looks strong with good representation from all Eastern States.

“When you look at the line-up its hard to pick a winner so I expect the racing will be very close. Throw in the curve ball of a 30 minute race under lights,  and it could be anyone’s weekend.  It’s just great to be at the track again.”