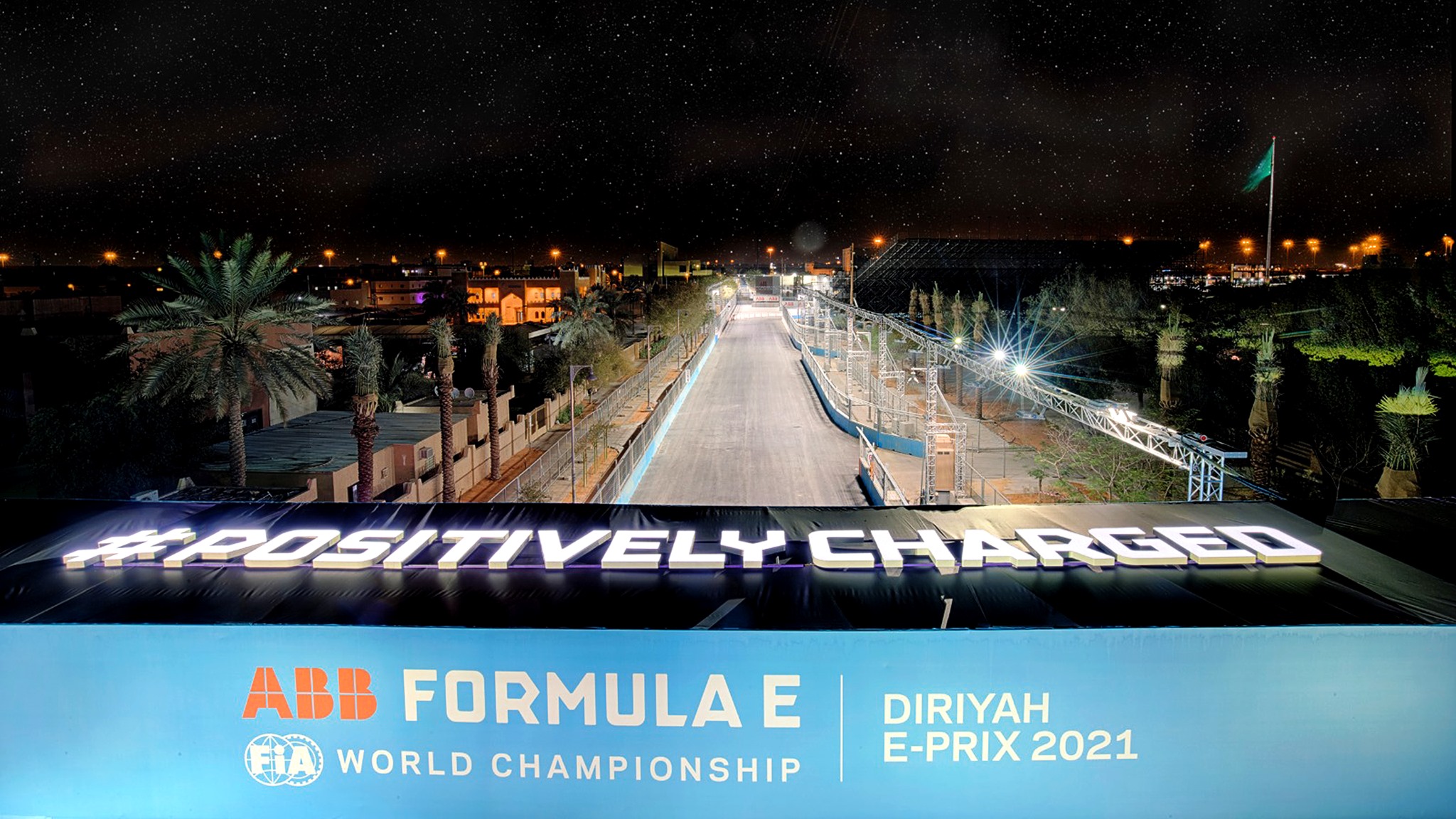 – All you need to know as Season 7 of the ABB FIA Formula E World Championship sparks into life on February 26 & 27 in Diriyah, Saudi Arabia

– Double-header marks two Formula E milestones, kicking off the inaugural season as an FIA World Championship and hosting the first ever night races

Formula E is set to return this Friday, February 26 in Diriyah, with the opening two rounds of Season 7 marking the series’ first event as an FIA World Championship.

Becoming only the second single-seater championship to gain FIA World Championship status is a true honour for the sport and carries enormous significance for the teams, manufacturers and drivers battling it out to be crowned the first official Formula E World Champions.

The new season brings with it new faces, updates to the regulations and more ways to get involved than ever before.

After both getting a taste of Formula E in Berlin during the Season 6 finale, Sérgio Sette Câmara (DRAGON / PENSKE AUTOSPORT) and reigning DTM Champion, René Rast (Audi Sport ABT Schaeffler), start their first full season in Formula E.

The battle for top spot is closer than ever. DS TECHEETAH will have their sights set on getting their name into the record books with three consecutive team and driver championship titles. António Félix da Costa won the Season 6 title by the biggest margin in Formula E history, with 71 points separating him and second-placed Stoffel Vandoorne (Mercedes-EQ). However, at pre-season testing in Valencia, it was Maximilian Günther (BMW i Andretti Motorsport) who set the early pace, topping the timesheets for a second season in succession.

To support teams during the global health crisis, Formula E and the FIA decided to extend the next homologation period, with manufacturers only able to alter powertrain components once over the next two seasons.

Teams can either introduce a new car in Season 7, for a two-year cycle, or continue to use existing technology before homologating a new car the year after for a single season.

DRAGON / PENSKE AUTOSPORT, DS TECHEETAH and Nissan e.dams have chosen to delay their homologation and will be using their Season 6 package for at least the opening rounds.

Also new for this season, the tyre allocation will be reduced by 25 per cent per single-race competition and by up to 50 per cent at double-header events. Based on the Season 5 calendar and comparing to the previous allocation, this could potentially see a saving of 720 tyres with 50 t CO2-eq less emissions produced, which is a 29 per cent reduction in the overall impact of the tyres.

The Riyadh Street Circuit will once again provide the spectacular backdrop to the opening events of the season and break new ground as Formula E hosts its first night races.

The fast and flowing 2.49km clockwise circuit flanks the stunning At-Turaif UNESCO World Heritage Site and will remain largely the same this season. Track surface work has led to the reprofiling of Turn 9, 12/13, 14 and 18 for slightly adapted racing lines that promote closer racing.

Last season, it was Sam Bird, who battled up the order from fifth on the grid for Envision Virgin Racing to seal victory in the season opening race. The following day, Alexander Sims (BMW i Andretti Motorsport) won after starting from Julius Baer Pole Position and securing his maiden victory in Formula E.

António Félix da Costa holds the fastest race lap around the circuit, with 1:12.481s set in Round 2 last season. From Season 7, Formula E Founding Partner TAG Heuer will continue to use its expertise as Official Timekeeper of the Championship and bring the partnership to life by awarding the TAG Heuer Fastest Lap in each E-Prix, which rewards the driver who sets it – and finishes within the top 10 – an extra championship point. From Season 7, fans can get involved too as the TAG Heuer Fastest Lap becomes part of the Formula E Predictor game.

Formula E’s Open Talent Call for Presenters winner – 21-year-old Derin Adetosoye – will make history as the first black female presenter for an international motorsport rights holder in Diriyah. On site she will be covering all the behind the scenes action, connecting with a new, younger audience across Formula E’s digital channels.

Hosting Formula E’s first ever night races have been the culmination of many months of planning, working with the Kingdom’s Ministry of Sport (MOS) to create a sustainable night race.

The track will be lit by the latest low-power LED technology that reduces energy consumption by up to 50 per cent compared to non-LED technology.

A team has been on-site since December installing some 600 LED floodlights around the circuit, each using 1.5kW of energy – half the power used by traditional metal halide units and can be instantly switched on and off.