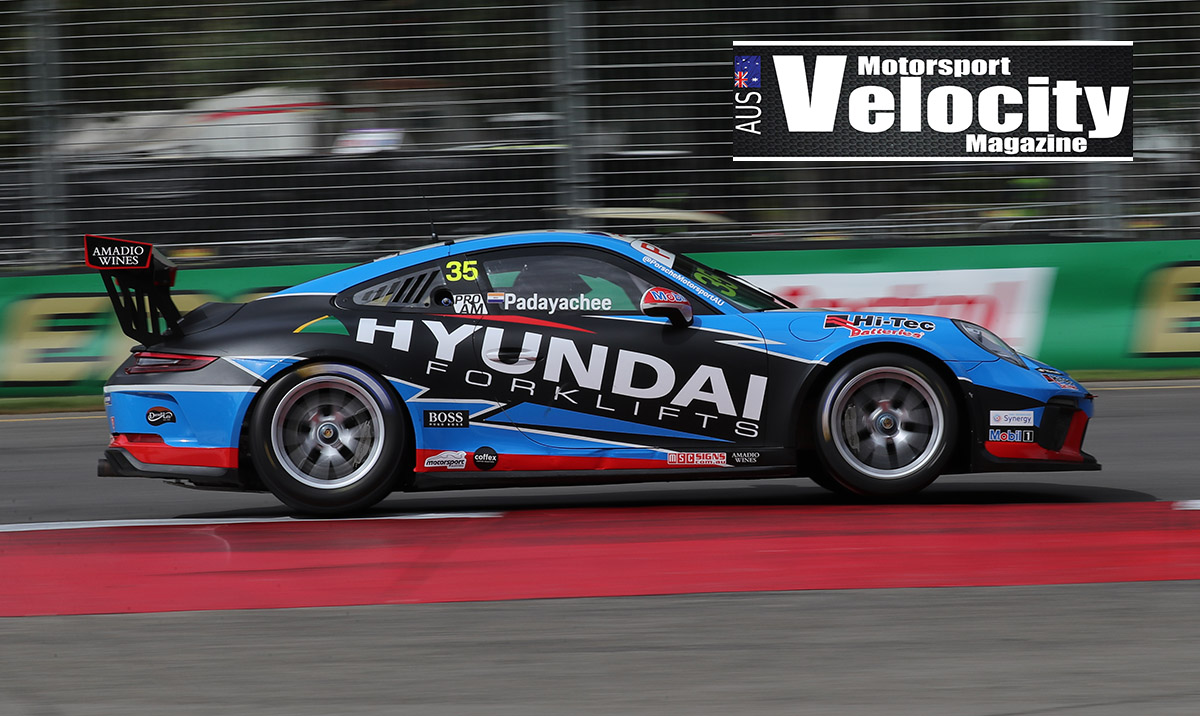 Passionate Porsche racer Indiran Padayachee will return to the Porsche PAYCE Carrera Cup Australia with GWR Australia in 2021, competing in the Pro-Am Class.

Indiran’s son, Duvashen Padayachee will also line up on the grid for selected rounds of the series, while the GWR outfit will continue to provide technical support to Cameron Hill and CHE Racing.

During his last full season of Carrera Cup competition in 2019, Padayachee was one of the biggest improvers in the field, slashing multiple seconds off his personal-best lap times at many of the venues visited by the series. He is aiming for the upward trajectory to continue during 2021.

“It will be an interesting start to the year, because a lot of drivers haven’t been on track for over 12 months,” Padayachee said.

“Last year, we were fortunate enough to get some track time in the NSW Production Sports Championship, and we’ve been doing some testing in preparation for the start of this season. I’m feeling comfortable in the car and looking forward to the opening round at Sandown.

“During 2019, I had some good battles with some of the other Pro-Am competitors, so hopefully that will continue this year.”

Team owner Garth Walden has been impressed by Padayachee’s progress in the Porsche.

“During the 2019 season, we worked on developing Indiran’s driving technique and we gave him target lap times to aim for at each circuit,” Walden said.

“It’s been very satisfying to see him beating those target times pretty much everywhere we go, and thoroughly enjoying himself on the track.

“Duvashen had some really good results in 2019 as well, and we’re looking forward to him joining the team for selected rounds this season.”

Walden said the alliance with Cameron Hill delivers benefits to both parties.

“Cameron is a supremely talented driver, and his feedback about setup and how his car is behaving is valuable for our engineering group,” Walden said.

“What Cameron and his small, family-owned CHE Racing team have achieved in Carrera Cup has been very impressive and we’re proud to be able to provide him with some technical assistance to enable his talents to shine through.”

The Carrera Cup season kicks off at Sandown in March.

JAXON EVANS TO DRIVE FOR PORSCHE SUPERCUP TEAM MARTINET IN 2021