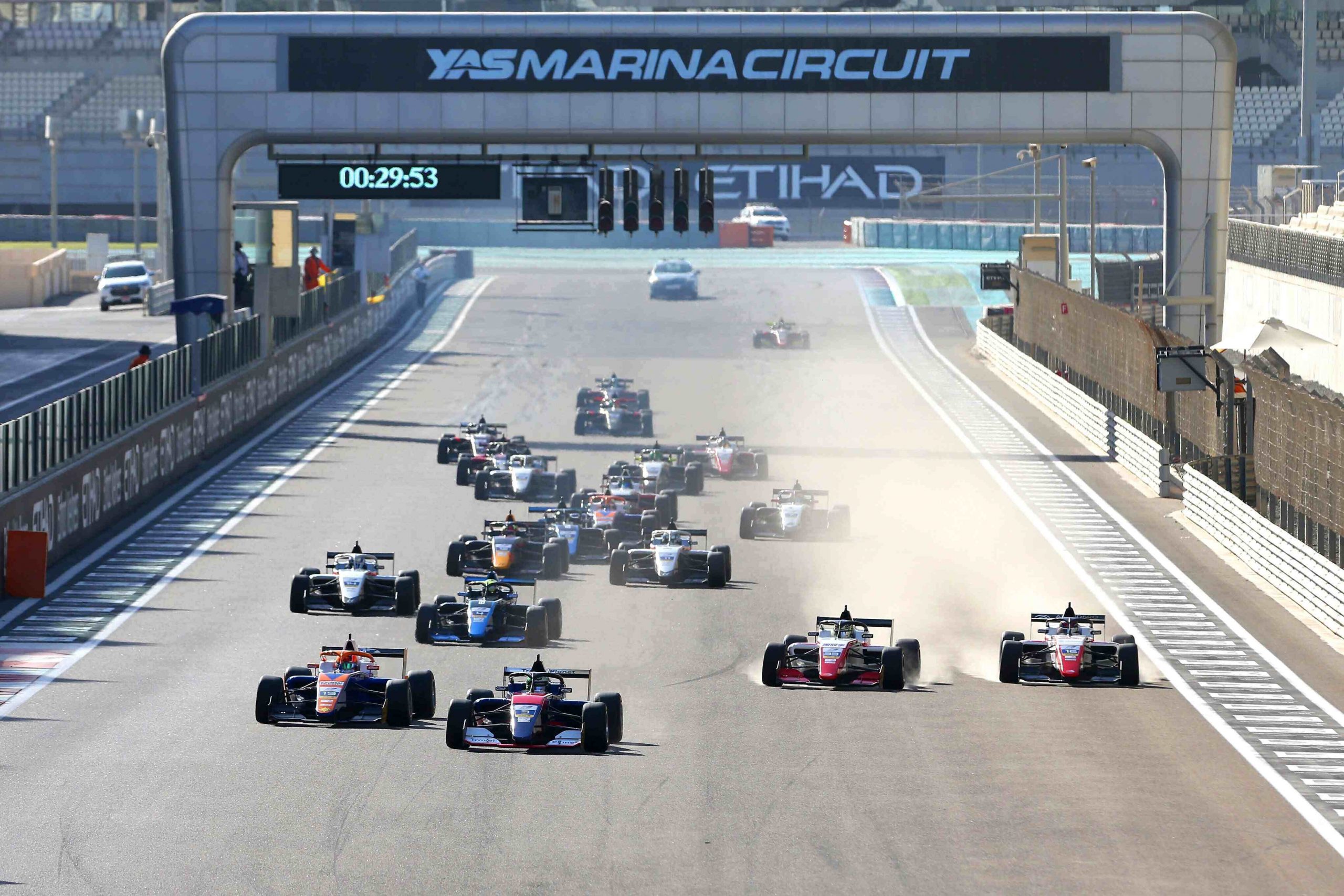 Eighteen-year-old Frenchman Pierre-Louis Chovet is the hot favourite to clinch the 2021 F3 Asian Championship Certified by FIA title as the series prepares for the season-closing triple-header at Abu Dhabi’s Yas Marina Circuit from February 18-20. The Pinnacle Motorsport driver has so far won six of the 12 races, three from pole position giving him a 100% conversion rate.

Guaranteed to give the young pretender a run for his money though is China’s Zhou Guanyu with Abu Dhabi Racing by Prema. The 21-year-old 2021 Alpine Academy driver won the opening two races of the season before a DNF in Race 3 dealt a blow to his title aspirations. Since then, however, nine consecutive double-digit points scores put him just 32 points adrift of Chovet in the driver classification.

Mumbai Falcons India Racing Ltd.’s Jehan Daruvala has endured a season of mixed fortunes so far, but remains in mathematical title contention ahead of the final round. The 22-year-old won three of the six races in Rounds 2 and 3 at the Yas Marina track, all from pole, so is expected to be a force to be reckoned with when the championship returns there this week.

Along with the championship title comes 18 coveted FIA Super Licence points, with the runner-up taking 14, and the final point awarded to the ninth-place finisher in the Driver Classification. That means there is plenty to fight for even for those no longer in championship contention.

Currently fourth and fifth respectively in the Driver Classification are 3Y Evans GP’s Isack Hadjar, who took five podiums in nine races, and Ferrari Driver Academy Swede Dino Beganovic, who notched up four podiums in the first three rounds with Abu Dhabi Racing by Prema. Having completed their championship stints as planned, both drivers bowed out ahead of Round 4, so will drop down the leaderboard by the end of the season. Beganovic was replaced by Spaniard David Vidales in Round 4, and the 18-year-old immediately impressed with a second-place finish in Race 12.

3Y Evans GP’s Patrik Pasma, currently sixth in the standings, is definitely a driver to watch after a strong performance in Round 4, which saw the 20-year-old Finn take victory in Race 11 and a podium finish in Race 12.

Hitech Grand Prix Red Bull Junior Driver Ayumu Iwasa sits seventh in the overall driver standings ahead of team mate Roy Nissany, and leads the Rookie Cup having scored his maiden class win in Race 10 after seven podium finishes. The reigning French F4 champion leads team mate Reece Ushijima by 14 points in the Rookie Cup standings, but both drivers should watch out for Turkish esports ace Cem Bolukbasi. The BlackArts Racing driver has taken six Rookie Cup podiums so far this year and trails Iwasa by just 26 points ahead of the final round.

The fourth season of the F3 Asian Championship Certified by FIA has exceeded all expectations, pitching new talent just emerging from the ranks of karting and F4 against experienced FIA F2 drivers, potentially on the brink of F1 breakthroughs, with intriguing results. As the series prepares for the final showdown on the stunning F1 Yas Marina Circuit, three more fascinating encounters lie ahead.

While America, and indeed a large portion of the rest of the world, focused their…