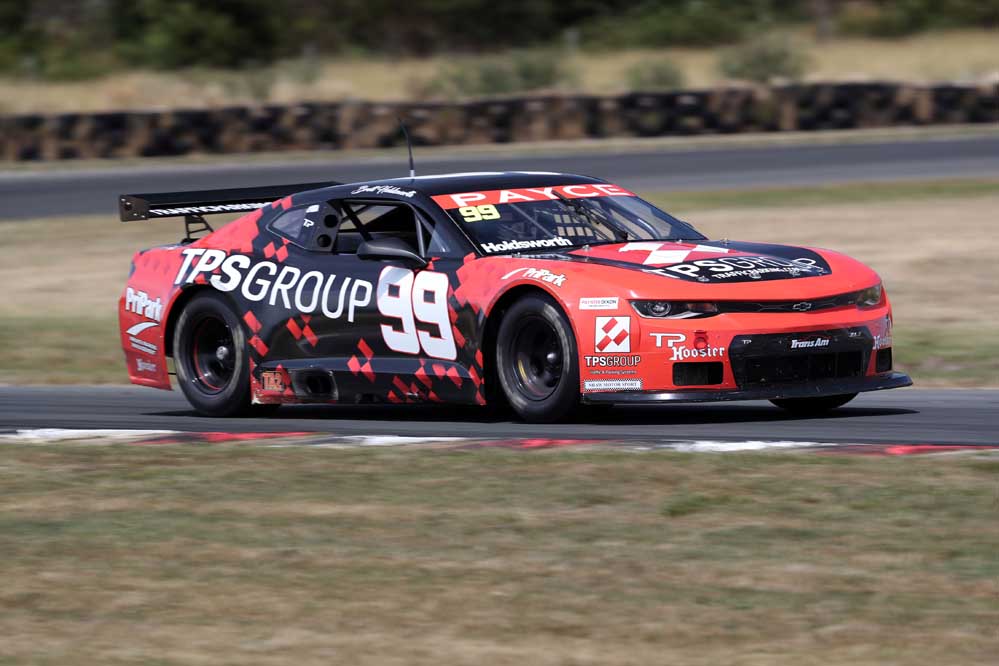 An untimely brake master cylinder failure has prematurely curtailed a promising outing for TPS Racing’s Brett Holdsworth in the opening round of the Trans-Am Series at Symmons Plains.

The brake failure occurred in this afternoon’s race – the third and final heat in the opening leg of the Boost Mobile Race Tasmania event. Holdsworth had been running in fifth position when the brake malfunction caused him to spear into the gravel trap at the hairpin.

Earlier in the event, Holdsworth had qualified his TPS Camaro in fourth position, before finishing third in Race 1 and fourth in Race 2.

While disappointed with the conclusion to his Australia Day campaign, Holdsworth said the event was highly educational for him and his Shaw Motorsport team.

“Considering it’s only our second event in a Trans-Am car and our first race meeting since Adelaide last year, I’m pleased with the progress we’ve made but more importantly, we’ve identified some key areas to improve upon,” Holdsworth said.

“In qualifying, we only ended up 0.3s away from pole, which was quite amazing considering I didn’t get a clear lap. The Symmons Plains circuit is very short and the traffic congestion was a major obstacle.

“Our pace in Race 1 was strong and I was able to stay with the leaders through to the end.

“In Race 2, our speed at the start was decent but it fell away towards the end.

“We made some setup changes in Race 3 and it was the opposite – it took a while to come on, but our performance relative to the other cars was improving as the race progressed. I was catching Tim Brook before the brakes failed.”

Holdsworth said the lessons learned from Symmons Plains will serve him and the rest of the team well for future outings, beginning with this weekend’s non-championship races at Baskerville.

“This weekend we showed we have the potential to run at the front of the field, the next stage is to get on top of the finer aspects of car preparation and setup, such as tyre pressures, to ensure the car is able to perform consistently throughout the entire weekend,” he said.

Holdsworth and his TPS Camaro will be on track for practice at Baskerville on Friday.