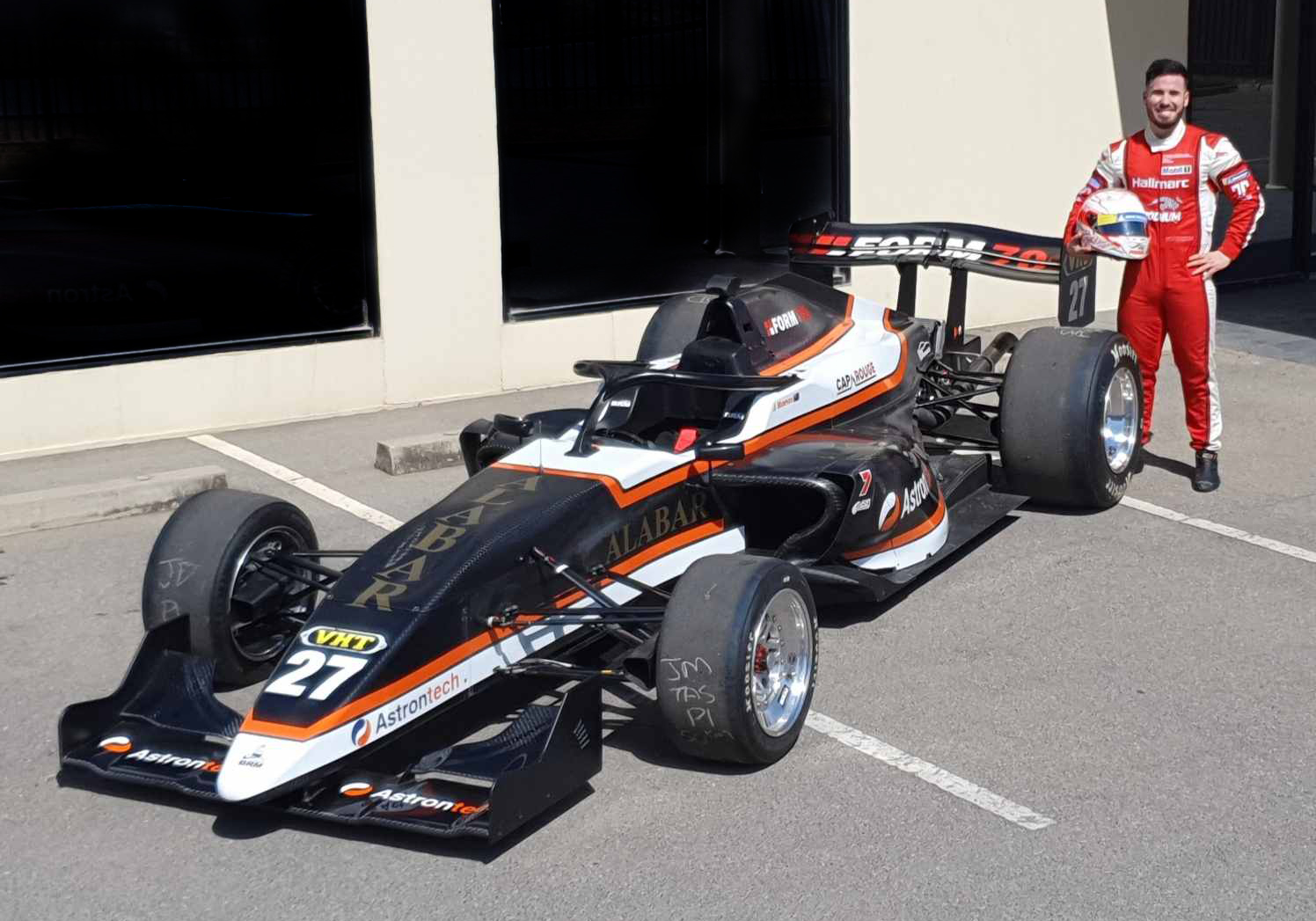 A late and final entry for Race Tasmania’s opening round of the VHT S5000 Australian Drivers’ Championship will see Aussie international Joey Mawson join the grid.

The entry involved some very last-minute negotiations and travel, with Mawson struggling to get on a plane from Switzerland, where he has been based while contesting rounds of the 2020 German Porsche Supercup Championship in late 2020.

In the end, he was able to fly into Perth on January 5, completed the obligatory 14-day quarantine period there, and was released late on Tuesday, before flying to Adelaide to be fitted into the car on Wednesday – in time for Team BRM’s transporter to start the journey to Tasmania on Thursday morning …

Round 1 of the VHT S5000 Australian Drivers Championship will kick off at Symmons Plains with Practice on Sunday, followed by Qualifying and the three championship races on Monday and Tuesday, Australia Day. All three races will be broadcast live and free on 7mate, with Monday’s qualifying session available on the 7plus streaming app.

“This has all come together very last-minute but, as they say, better late than never!” said Mawson.

“I’m really excited to be jumping back into a single-seater again and competing in the opening round of the S5000 Championship with Team BRM – with huge thanks to ALABAR, Form700, Astrontech and Cap Rouge.

“Everything will be so new for me – the car, the team, and the circuit – so it’s a lot to take in, but nevertheless I’m looking forward to the challenge that lies ahead. And of course, it’s nice to be racing again on Australian soil.

“This will be the most powerful car I will have raced, so I’m sure there will be plenty of smiles out there …

“I want to thank Chris Lambden for all his help and work to get this deal to happen!”

“We’re pleased to have another strong entry in our squad. It may be a late one, but Joey has a pretty strong open-wheeler resume and will get his head around it fairly quickly,” said Rundle.

After 10 frustrating months since the AGP event was cancelled, literally minutes before Race 1, it is just so good to go racing again, particularly with the S5000 series, which will ‘wow’ the motorsport public …”

“The great thing about this entry is that it forms an extension of an existing ‘Patron’ relationship with Alan Galloway (ALABAR) and Wasyl Rosati (Form700), who initially came on board to support Thomas Randle by filling that ‘Patron’ role – ie covering the cost of the S5000 car so that the driver, in that case Thomas, only needed to find the actual operating budget backing,” said Lambden.

“That’s what we call our ‘Patron’ scheme, and there are other cars on the grid thanks to a similar arrangement. Indeed, their input will be recognised via the ‘Patron’s Cup’ at the end of the Gold Star series – something like owning the winning horse in the Melbourne Cup …

“Anyway, much credit to Alan, a strong former Formula Holden contender from that 1990s era, and his friend Wasyl, for expanding their input to a second car. That is truly what I call genuine support for S5000 in its formative days – and it’s how we are involving open-wheeler-oriented competitors from the past in Australia’s all-new formula.

“Astrontech and Cap Rouge have come on board to support Joey for this opening round of the series – again at short notice, and with our thanks.

“Joey has great open-wheeler credentials from his time in Europe, and I’m really pleased that it has all come together for him – despite literally no testing, he’ll be a strong contender.”