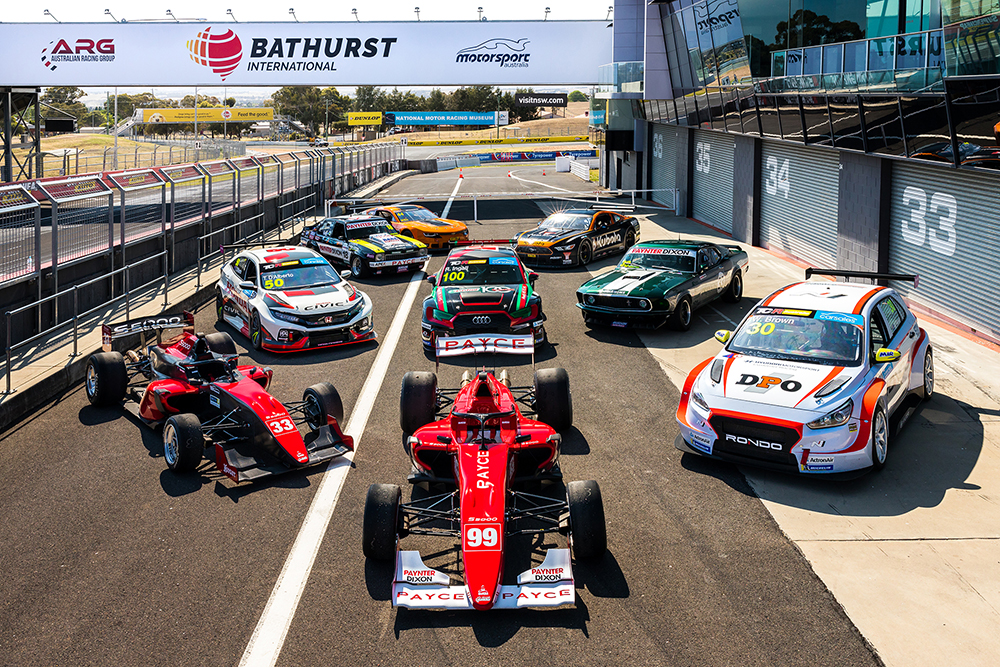 Key details around the Seven Network’s return to Australian motorsport coverage have been confirmed ahead of the opening round of the Australian Racing Group’s championships at Symmons Plains Raceway in January.

The Tasmanian event, featuring TCR Australia, S5000, Touring Car Masters and Trans Am racing, will mark the much-anticipated return of motorsport to the screens of Seven, and is set to include 12 hours of live coverage across the unique Monday and Australia Day Tuesday event.

On the free-to-air channel 7mate, there will be two hours of coverage on Monday, followed by five hours on Australia Day.

A huge 12 hours of coverage will be live-streamed on Australia’s #1 commercial free-to-air BVOD platform, 7plus, over the two days.

For the network that pioneered motorsport coverage here in Australia and around the world through its famous Bathurst 1000 broadcasts that started in the 1970s, the event will mark the start of a huge season of motorsport on Seven that includes ARG’s suite of categories and events, plus broadcasting of the Supercars Championship.

The ARG broadcasts in 2021, including two visits to the world-famous Mount Panorama circuit, represents the widest range of quality motorsport categories, and in a win for sports fans, will receive the largest motorsport broadcast hours on the Seven Network this year.

ARG and the Seven Network have also confirmed the broadcast team that will bring the coverage to life at all seven ARG events in 2021, including the Shannons Motorsport Australia Championships events.

Sports ace Mark Beretta will lead the coverage and will draw upon his intimate knowledge of the sport and its personalities.

7SPORT presenter Abbey Gelmi will add motorsport to her impressive resume, assisting Beretta in the host role at selected rounds. Gelmi has worked at Seven on its AFL,  cricket and horse racing coverage, as well as its popular reality program House Rules. She will also play a role in the network’s upcoming program Ultimate Tag.

The coverage has also recruited former Australian cricket star turned Seven commentator Brad Hodge to its unbeatable team. Hodge is a motorsport competitor in his own right and will add his flair behind the microphone.

It will be a shift of roles for Reynolds, who will transition from being in front of the camera to behind the microphone.

The coverage will be led by ARGs executive producer of broadcast Andrew Janson and Executive Producer, Seven Motorsport, Anna Stone.

“ARG offers motorsport lovers a great mix of racing categories and drivers as well as an unbeatable line-up of talent, from the commentary box to pit lane,” said Martin.

“We can’t wait to welcome a whole new generation of fans on January 25 for day one of a jam-packed year of motorsport on Seven.”

“It feels like a long time coming, but ARG, our competitors and the Seven Sports team are really looking forward to showcasing some great racing action when we head to Tasmania in January,” said Braid.

“Not only do we have four of the most exciting, fresh racing categories in national motorsport, we also have a broadcast partner that is helping us drive them into the homes of every Australian sports fan.

“To have seven hours of coverage on 7mate, and an extra five hours on the 7plus streaming service, there could not be a better result for Australian motorsport and sporting fans in general.

“Symmons Plains can’t come fast enough, and we can’t wait to get there and show Australia this great on-track and on-air product.”

“It’s just fantastic that motorsport will return to the screens of Seven in such a big way in 2021,” said Beretta.

“And what a great way to kick it all off down at Symmons Plains in January with such a strong, diverse group of categories including TCR Australia, S5000, Touring Car Masters and Trans Am.

“So much horsepower, so many great drivers and so much to look forward to.”

“I’ve really enjoyed being on the other side of the mic with my podcast and some other media that I’ve done recently, so I jumped at the opportunity to work with this super exciting team,” said Reynolds.

“Everyone loves going to Bathurst, and I’ll get to go there twice to race and twice as a reporter. That will be cool, and I can’t wait to be let loose with a mic … who knows what will come out!”