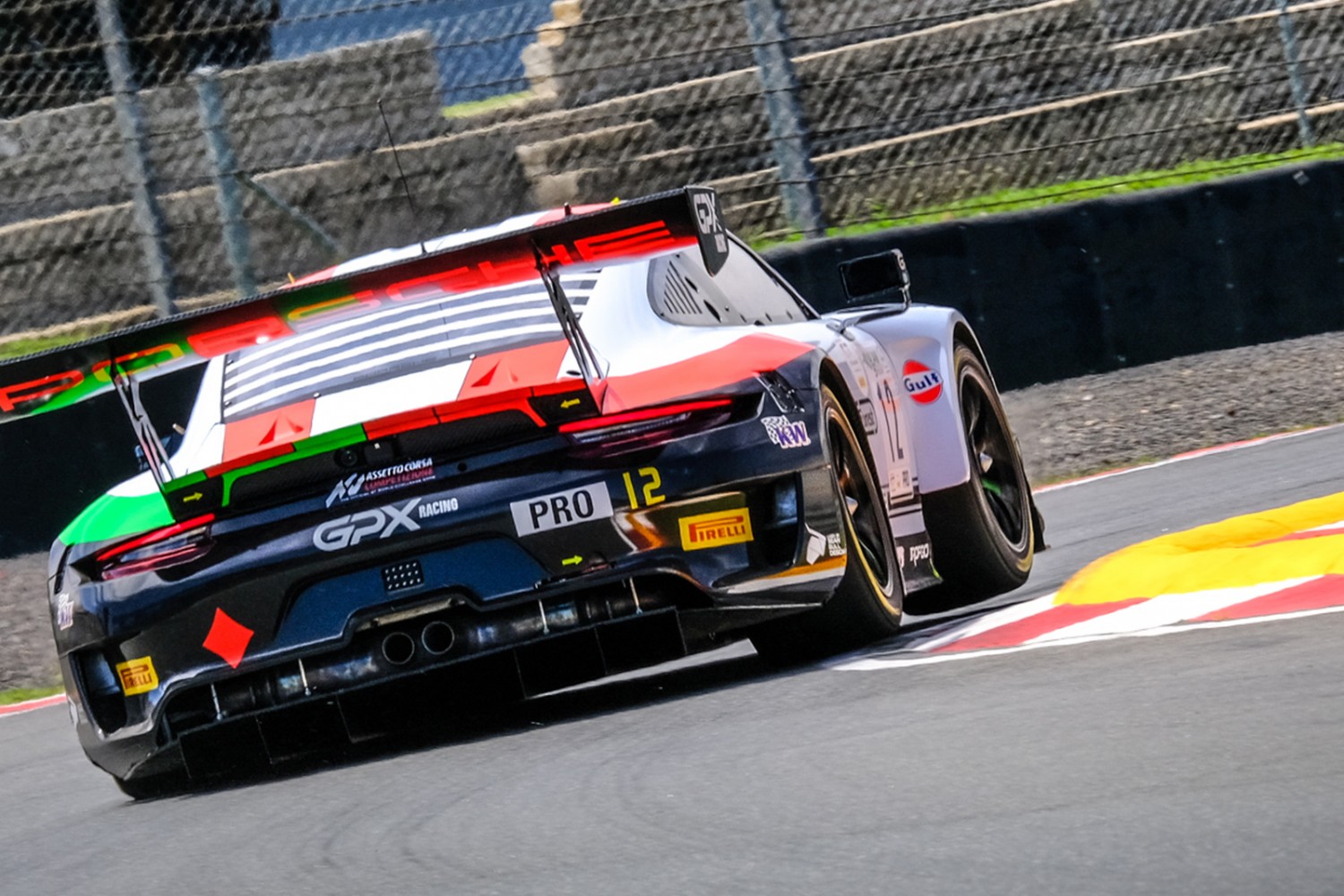 GPX Racing’s Porsche is one of nine cars to feature Drivers’ Championship contenders this weekend and signalled its intent by leading for much of the two-hour session.

But even his best – which was still good enough for second – wasn’t safe from Campbell who promptly set the day’s first sub-1m43s lap before immediately following up with a 1m42.697s – two tenths under Nick Tandy’s official race lap record from last year.

The scale of GPX’s pace was reflected across the rest of the top-nine, which was covered by the same margin as Campbell’s advantage over second place.

Team Honda Racing were once again best of the rest, this time thanks to Bertrand Baguette who finished half-a-second down on the leading Porsche.

Home favourite Kelvin van der Linde was next up in WRT’s #31 Audi, which also completed the top-three this morning, while Augusto Farfus’ Walkenhorst BMW and Jordan Pepper (Bentley Team M-Sport) made it as many different manufacturers in the top-five.