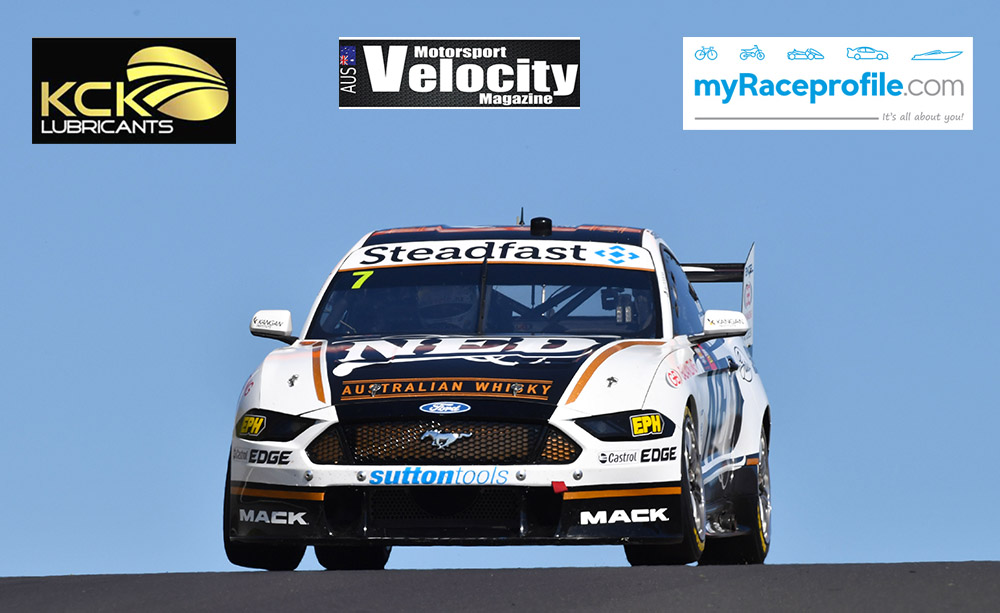 Kelly Racing has made a successful start to the Supercheap Auto Bathurst 1000 with a combined three hours of practice time on track today. Under near perfect conditions, three one-hour practice sessions were held today for the main drivers and co-drivers to get reacquainted with the challenging Mount Panorama Circuit.

The team kicked off the morning with the first practice session of the event. After a huge amount of rain at Bathurst in recent times, the track was extremely slippery with minimal rubber on the surface which saw plenty of sideways action as Rick Kelly and André Heimgartner made their initial laps.

Towards the end of the session, André handed over his NED Whisky Mustang to co-driver Dylan O’Keeffe to make his first-ever laps in a Ford Mustang Supercar. Dylan only received around eight-minutes of running in the closing stages of the session, mainly to get comfortable in the car ahead of the co-driver-only Practice Two. At the end of Practice One Rick finished in P12, while André’s quickest lap was quite similar and good enough for P13.

In Practice Two the co-drivers had one-hour of running to themselves. Dale Wood jumped in the Castrol Mustang for his first laps and was immediately up the pointy end of the co-driver field. Dale joined the team in 2019 for the Enduro Cup and felt relatively at home with the team and the car from the outset.

Dylan O’Keeffe enjoyed his first laps of Bathurst in the NED Mustang. After chipping away at the lap, he was able to settle in and get comfortable enough to string together a quick lap which at the time was quick enough for P6.

In the final practice session of the day the main drivers jumped in for the majority of the one-hour. The team used this time to refine the suspension setup as well as practice pit stops with driver changes and brake changes as the team has had limited opportunity do this while travelling.

André was extremely quick in the NED Mustang and nailed a couple of laps that sent him up to the pointy end. André finished the session in a strong fourth place.

Tomorrow the team returns for two further practice sessions, ahead of qualifying late in the afternoon.

“Today went fairly well, the car has felt really comfortable all day which is what you want around here. It’s been great for myself and Dylan to really get reacquainted with this track and have confidence in the car that it’s not going to do anything weird. I think that really bodes well for the race car package that we have.”

“The car is particularly nice across the top of the mountain in those areas where you want high-speed stability and aero performance so I was able to build up to it and in the end put together a pretty solid lap that was good enough for P4.”

“There’s a bit more we’ll work on with the car to make it a bit more speedy for qualifying with a more aggressive setup, but we have a pretty good starting point at the moment.” 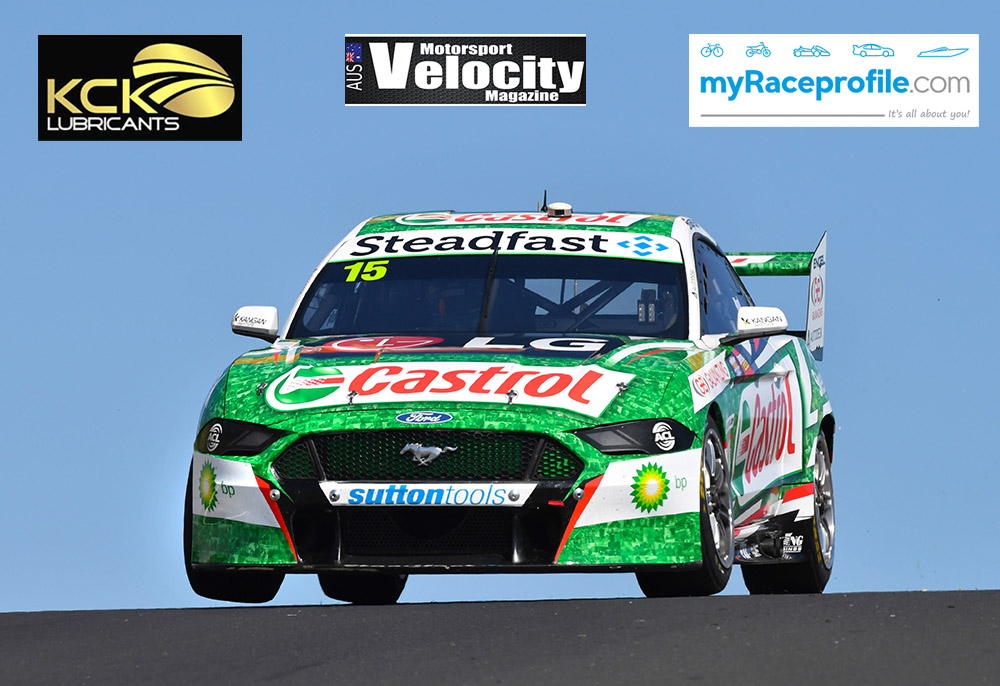 “I’m very happy to be here and being in such a strong car for my debut which is great. I hadn’t driven a Supercar since the end of last year so today was all about getting comfortable with the car, building into it and not doing anything silly.”

“After a few laps I felt comfortable in the car, and it was great to get some additional track time in both Practice One and Practice Three. Everything’s feeling quite good and I’m sure we’ll be able to build on that again tomorrow.”

“It was good to get here and get the car around the track today. We had three hours of Practice and a big focus of that was getting Dale comfortable in the car because it’s the first time he’s done any laps in the Mustang.”

“We had a little bit of nervousness in the back of the car which makes it a challenge around here because it doesn’t give you a lot of confidence. So I was just a little cautious, particularly in that last session because I wasn’t quite sure what we were going to get.”

“The good news is the car #7 guys are slightly different in their direction and they had some great pace. But prep is going well, there’s the focus on qualifying setup and race pace and we’re going ok in both.”

“Today went reasonably well. We ran into a slight drama in the first couple of sessions with my driving position. We used the same position as last year which felt good just sitting in the car, but on the track I found I was stretching out too much for Rick’s legs. We had to make an adjustment.”

“Generally we were pretty strong, we just didn’t go with the rest of the field in putting on a set of green tyres in at the end of practice so we didn’t quite look on paper as good as we were.”

“But overall it was great to be back in a car and driving, it feels like a long time out of the seat but the dust is gone and we’re good to go.”