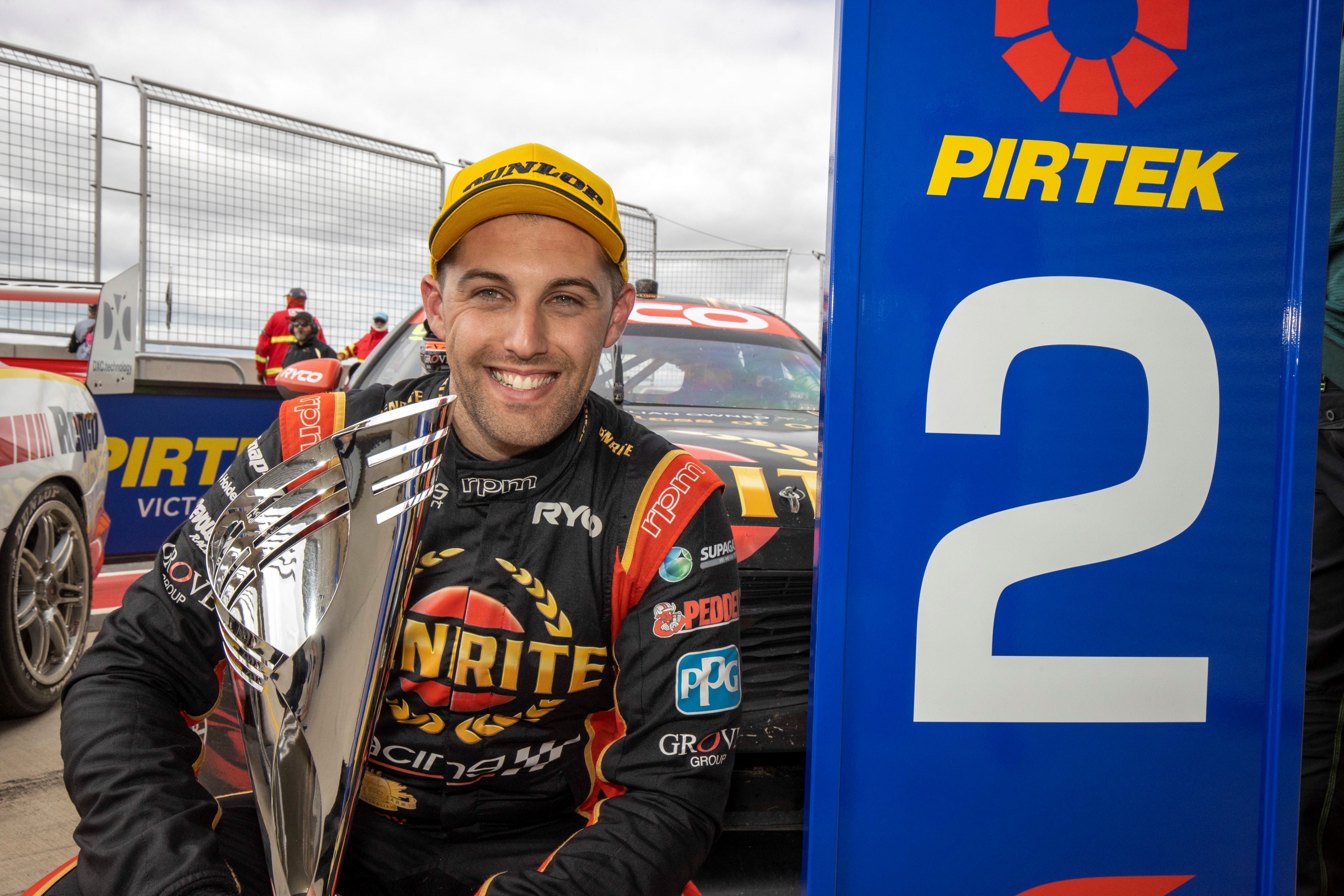 Race 29
David made the better start of the two Holden’s and seized two spots off the line from P16, while Anton was slow-moving though still managed to pick up one spot from sixth.

A few hip and shoulders in the opening lap saw David later lose those spots gained, while Anton tried to hold off an aggressive James Courtney. The #44 came up the inside and sent the Penrite Holden wide, ultimately pushing him down the order. Lap-by-lap Anton continued to fight back though, continuously pumping out the fastest first sector as he looked to make a place back on Nick Percat.

With the field causing havoc, David took an early stop to get away from the pack, taking rear tyres only before Anton fired in straight after him on lap seven. It was a brilliant job by crew and driver, knocking out the fastest stop of the race which saw Anton pass Cam Waters with an undercut and re-join the field effective third.

On lap 21 a driveline issue halted David’s run to the flag, as the #9 driver was forced to pull the car over and stop. Fabian Coulthard also experienced the same dramas though didn’t pull away safely and caused the weekend’s only Safety Car, and elevated Anton to second as racing resumed with 7 laps remaining.

Anton powered through to the checkered flag and made it his fifth career podium, and second at Tailem Bend.

Race 30
As the lights went out on the last sprint race of the year, Anton and David lined up from P9 and P14 respectively.

The Penrite duo held their own during the opening lap, though some more hip and shoulder action pushed the pair down the order; Anton to tenth and David to P16.

David was one of the first to stop on lap six, while Anton again immediately followed for fresh rear tyres.

When the pit stop sequence was complete Anton found himself right on the tail of the top ten and tried his best to pass James Courtney. With fading tyres though he was unable to make a move stick and came home 11th, ahead of his teammate in P17.

Anton De Pasquale commented on his successful day: “I qualified sixth in the first qualifying which was pretty good. We tried to make the car a bit faster and I’m not sure it was much faster, but it was definitely nicer to drive which paid dividends in the race.  We had a pretty good race car and I was able to keep up with the front couple guys and finish second. The car looked after its tyres well and was quite fast so it was fun to match the guys in front, plus get another podium for the team.

“In the last race we started a bit far back and didn’t get the best first lap, copping a few hits and then we just got buried in the pack and couldn’t work our way out of it. It’s not the way we wanted to end the day but overall it has been a good weekend and I am really happy to come away with another podium.”

David Reynolds said: “I struggled to make the most of this weekend unfortunately. I felt like I couldn’t get the car to work at the right time for me and unfortunately the margins were so tight that only a couple tenths put me down the back. The smallest difference would have had me in the top ten and then I would have been in a good position where I could fight from, as we saw with Anton today.

“I am really looking forward to Bathurst now and putting this weekend behind me. Bathurst is somewhere we can go feeling confident. It’s a track I love to drive and there’s no questioning that we are fast there, so hopefully we can make it a good weekend for us and bounce back where it really matters.”

The team now head back to their temporary base in Mount Gambier for two weeks of preparation ahead of the grand finale in Bathurst, October 15 – 18.