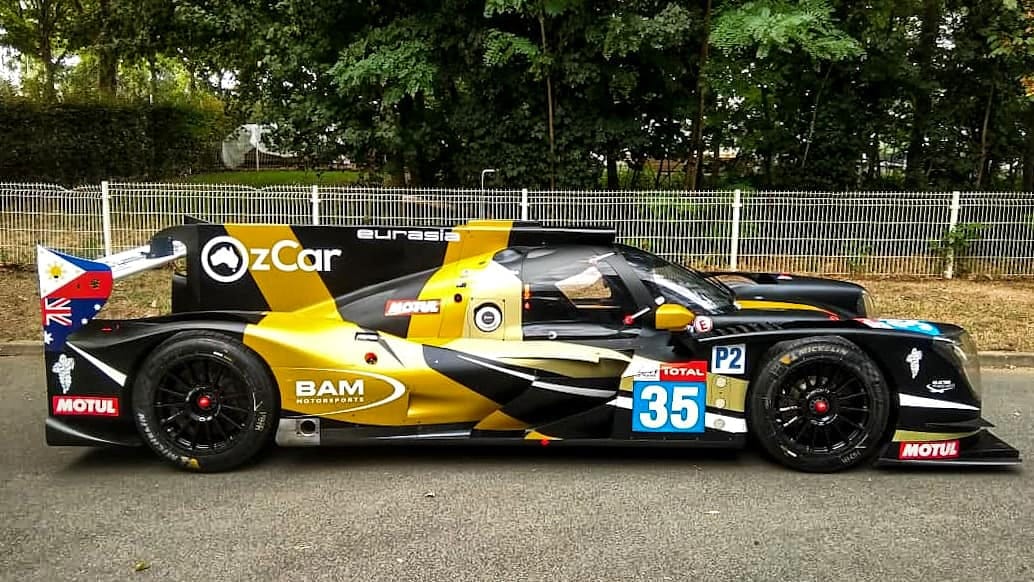 Eurasia Motorsport made its debut at Le Mans in 2016, finishing in fifth position and this remains the team’s best result to date. In readiness for this year’s event, there is continuity on the driver-front with all three drivers well versed with the Ligier from both the Asian series as well as the entry last time out in the FIA World Endurance Championship at Spa-Francorchamps.

The compressed format means that practice gets underway on Thursday, with qualifying in the evening. Friday is given over to further practice and then Hyperpole, where the fastest six from each class battle for top honours. The 24 Hours of Le Mans gets underway at 14.30 CEST Saturday.

Mark, you have had to remain in Europe since the Spa round of the World Endurance Championship, rather than returning home to Manilla, is that a benefit in terms of being closer to Ligier in the preparation to Le Mans?

“After the race at Spa, we could have returned to Asia, but then we would have been running a potential risk in not being able to come back. It has actually been a good experience. So often we pack the car into a container, and we don’t see it until the next event.

“During the build-up to Le Mans, we have had the car based at Ligier and we are very grateful to them for that support. We have been able to act more like a European-based team and work a great deal longer than normal to prepare the car.”

Your team is set to embark on its fourth race at the 24 Hours of Le Mans. Every year is different, but what is your fondest memory from competing at Circuit de la Sathe?

“It is definitely the first year here for us that is most memorable. Finishing fifth, and first of the non-regular World Endurance Championship teams was very special. It was also a great reward for the team who worked a solid 54-hours preparing the car after an off on Thursday evening.

You have an amateur driver in Nobu Yamanaka and two experienced racers in Roberto Merhi and Nick Foster. Is it the case of setting the car up to be as quick as possible, or is it a balance to ensure that the Am driver is comfortable in the car?

“We have a separate qualifying setup, but for the 24-hour race itself, it is very much centred on making the car as comfortable to drive as possible for Nobuya. There’s very little we can do once the race is underway beyond tyres pressures, so it is key to enable him to extract the best from himself during his stints.”

Ahead of a 24-hour event, it is impossible to make predictions, but overall, what result would be satisfactory from the team’s point of view?

“A finish is always the first aim as you can never tell what is going to happen at Le Mans. The second aim is to be in the top-ten in our LMP2 class and beyond that would be a surprise, but you just never know!”

The race is being held despite the global pandemic which is positive. On the negative side, it’s a condensed schedule and is being run behind closed doors.

“The schedule is especially intense this year. We have a lot of running on Thursday but then we have to strip the car down that evening and overnight in readiness for the race itself. We cannot leave it later than that really, so it will be an all-nighter for the team I suspect.

“For Nobuya, his first taste of Le Mans, it’s a real shame that the race will be behind closed doors. Le Mans is about two things, the track and the 250,000 fans that attend. We retain the circuit, but we lose so much in terms of the show. It would have been lovely to have the scrutineering in Le Mans itself, the driver parade and autograph sessions, but at least we are racing, and we’ll be giving our all as always.”