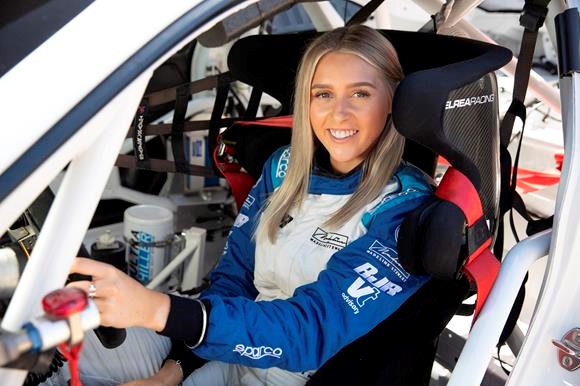 2019 Half Price Parts VelocityMagazine Media Driver Madeline Stewart will get behind the wheel of Porsche 911 GT3 Cup car this weekend in the Aussie Tin Tops category, one of the support races for The Repco SuperSprint at The Bend Motorsport Park.

Stewart graduated from karting to Super3 Series with Brad Jones Racing in 2019 and had similar intentions for this season, “We had been planning to race a Porsche 911 GT3 Cup car in Asia with Earl Bamber Motorsport, alongside our Super3 campaign with BJR this year, but obviously, the global pandemic meant we weren’t able to do that.”

Although the 2020 Porsche PAYCE Carrera Cup and Porsche Michelin Sprint Challenge seasons were also halted as a result the Coronavirus pandemic, Porsche Cars Australia has in the interim, permitted drivers and teams to compete in localised state-level racing until the Porsche series resumes. 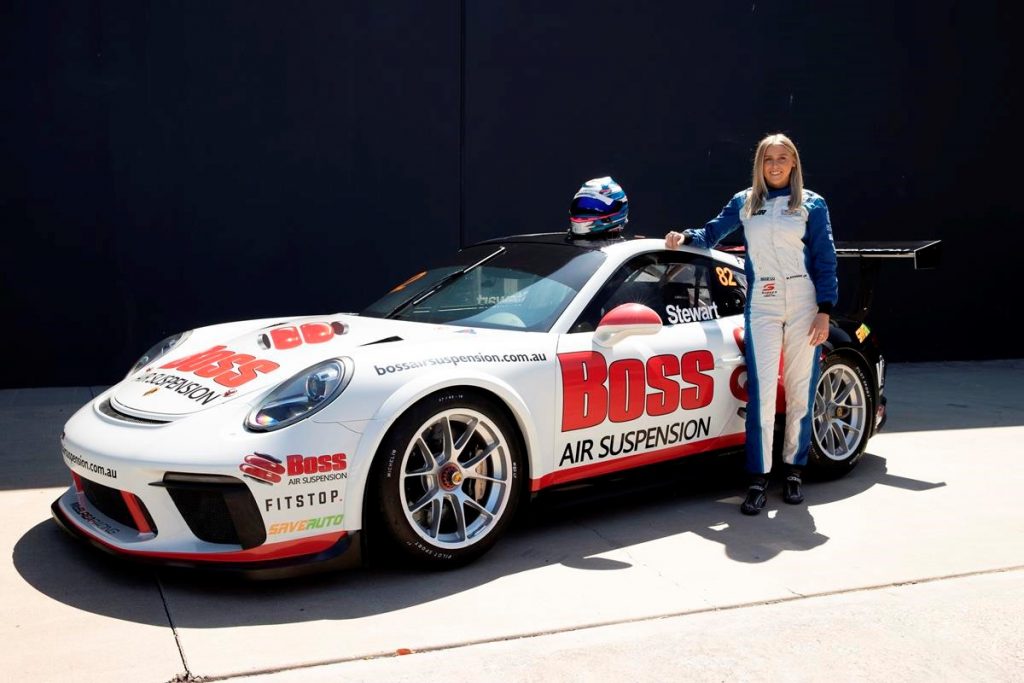 Reigning 2019 Porsche Michelin Sprint Challenge Champion, Harri Jones, took the round one victory ahead of Tony Quinn in a GT3-spec Aston Martin. Bathurst winner, Luke Youlden and Jones’ McElrea Racing teammate, Ryan Suhle, fought it out for the last step of the podium, making it three Porsche 911 GT3 Cup cars in the top four overall results.

It was at the inaugural Tin Tops event in Townsville that Stewart saw the opportunity with McElrea Racing, “We were still keen to do some Porsche racing this year and after racing at Townsville in the Tin Tops we thought that if that class raced again it might be a good opportunity to give the Porsche a try.”

“There has been a lot of negatives from the pandemic but the Tin Tops has been a good positive, allowing people who essentially had nowhere to race to get some racing in. We saw McElrea Racing at Townsville and when the Tin Tops were announced for The Bend we approached them to see if they had any cars available and luckily they did” Stewart said.

McElrea Racing’s Andy McElrea said, “We are looking forward to welcoming Madeline to the team and very confident she will do a great job. We hope she has so much fun, that she wants to drive Porsches more in the future!”

While The Bend event will be the second time Stewart has driven a Porsche 911 GT3 Cup Car – her first was with Earl Bamber Motorsport at Sepang in February this year – she won’t have any time to test with the McElrea team before rolling out for practice one on the race weekend.

Stewart said, “The Porsche is quite different to drive to the Super3 car. One of the big differences is how much more traction it has off the corners. The throttle application in a Supercar is quite tricky because you have to progress it as fast as possible without it breaking into wheel spin. The Supercars have power and not a very big tyre.”

“The Porsche, by comparison, is rear-engined with a much better tyre and less power. You need to be a lot more aggressive on the throttle, carry more mid-corner speed and you can, of course, brake deeper.”

“At this stage, The Bend is a one-off for us and it’s hard to know what racing there will be for the rest of the year and what next year will look like. We will just be looking at any opportunity to get some racing in,” Stewart concluded.

As part of the Virgin Australia Supercars Championship doubleheader, fans can expect two jam-packed weekends of racing at the Repco SuperSprint, with various ticket options available from the gate or The Bend Motorsport Park website.