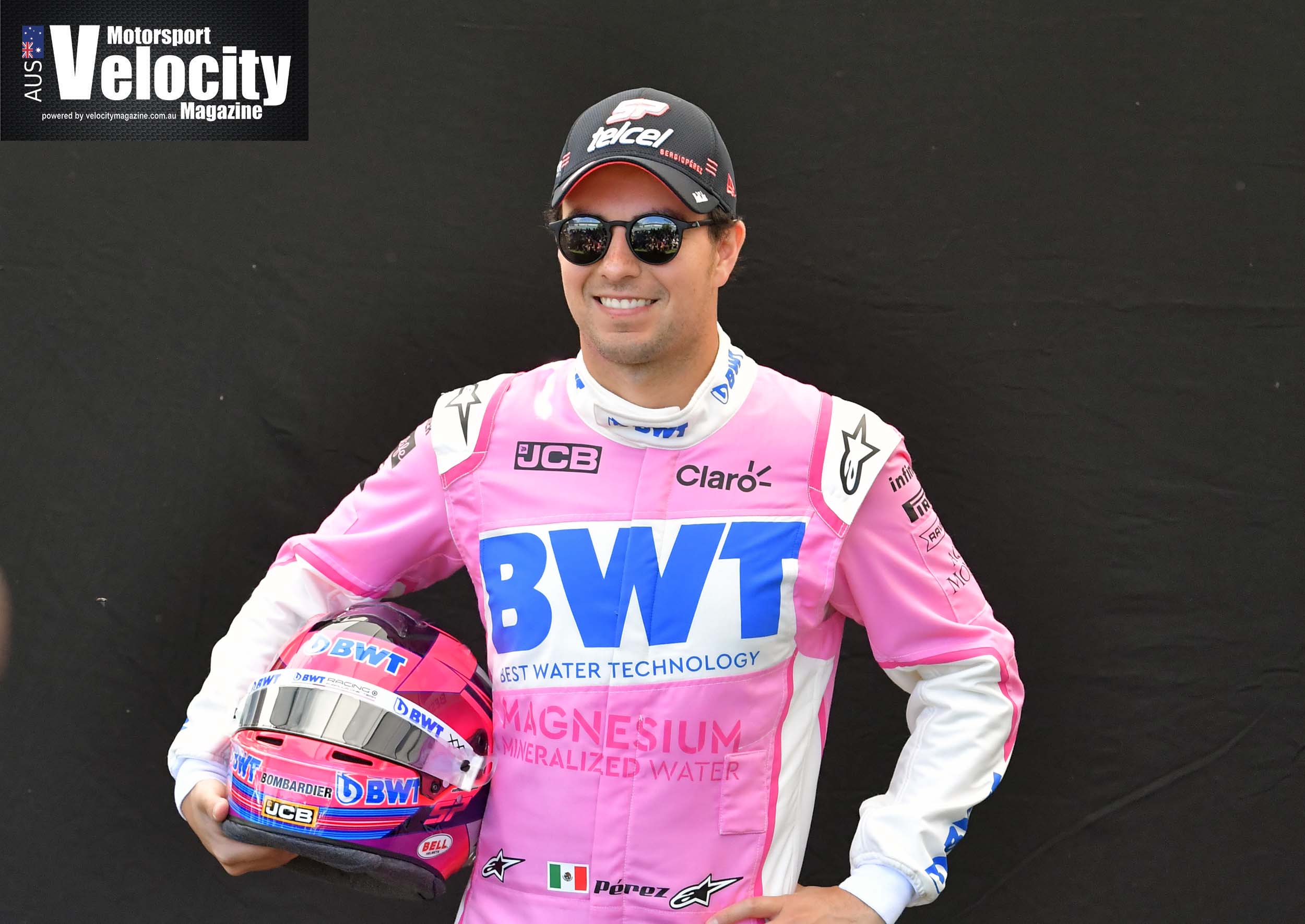 In a shock announcement, Sergio Perez is to leave the BWT Racing Point F1 Team at the end of the 2020 season, bringing an end to his seven-year association with the team from Silverstone.

In those seven seasons, Sergio helped the team achieve some memorable feats, including five podium finishes – most of them against the odds. Those strong results also helped the team – as Force India – achieve consecutive fourth-place finishes in the Constructors’ Championship in 2016 and 2017.

There has been widespread speculation that Racing Point are courting Sebastian Vettel – who is leaving Ferrari at the end of the year – and that they want the four-time World Champion to join the team when it is rebranded as Aston Martin next year.

And with Lance Stroll, son of team owner Lawrence, also driving for the team, it looked likely that if Vettel did join, Perez could be the one to make way. Just after Perez made his announcement, the team confirmed he would be leaving once the current season is over. 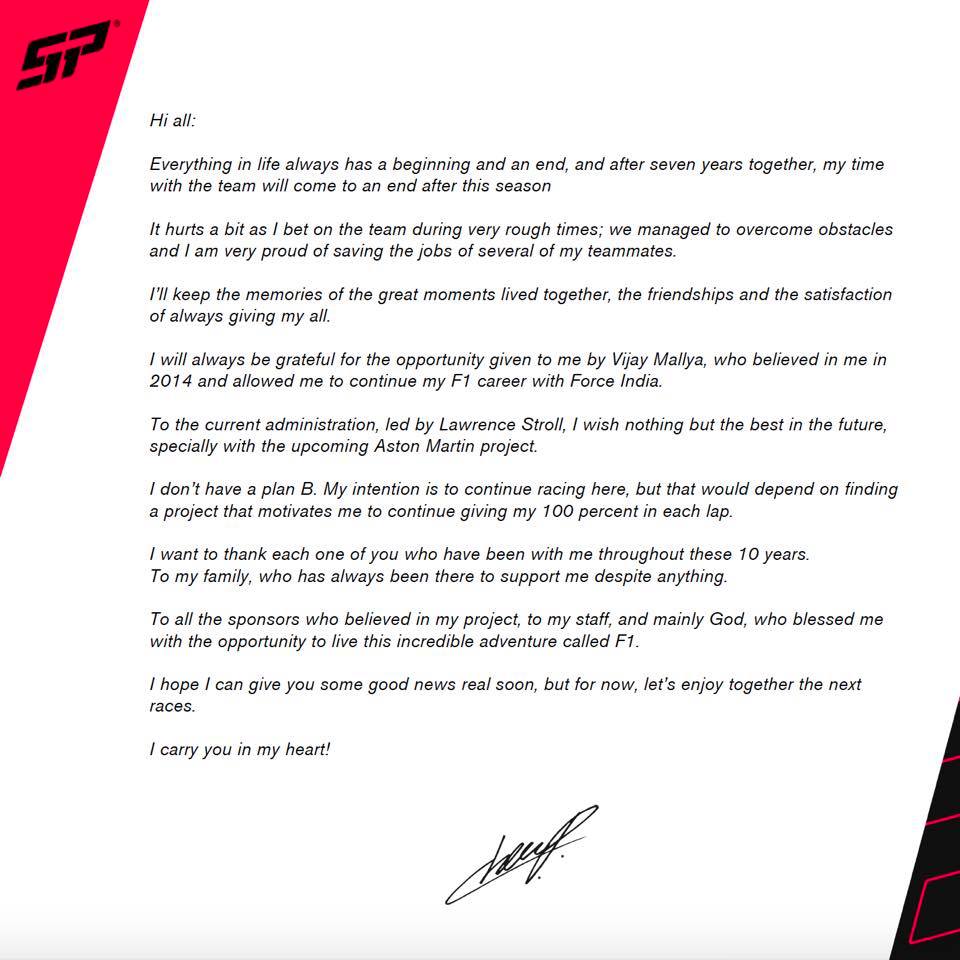 Everybody at Racing Point thanked Sergio for his hard work and dedication over the years, and wish him every success in the future.

Otmar Szafnauer, CEO & Team Principal BWT Racing Point F1 Team:
“Checo has been part of the Silverstone family for seven years and in that time has become one of the most complete drivers on the grid. Blisteringly quick on Saturday and Sunday, he’s established his reputation as a tenacious racer and together we have enjoyed some fantastic moments. If there was ever a sniff of a podium, Checo was ready to pounce, and those five podiums represent some of the finest days in the history of this team. Outside of the car, Checo is a true character and a good friend, and it’s been a pleasure working with him for such a long time. Although we will say goodbye at the end of the year, there are still nine races to go and plenty of opportunities for Checo to make some more special memories with this team.”