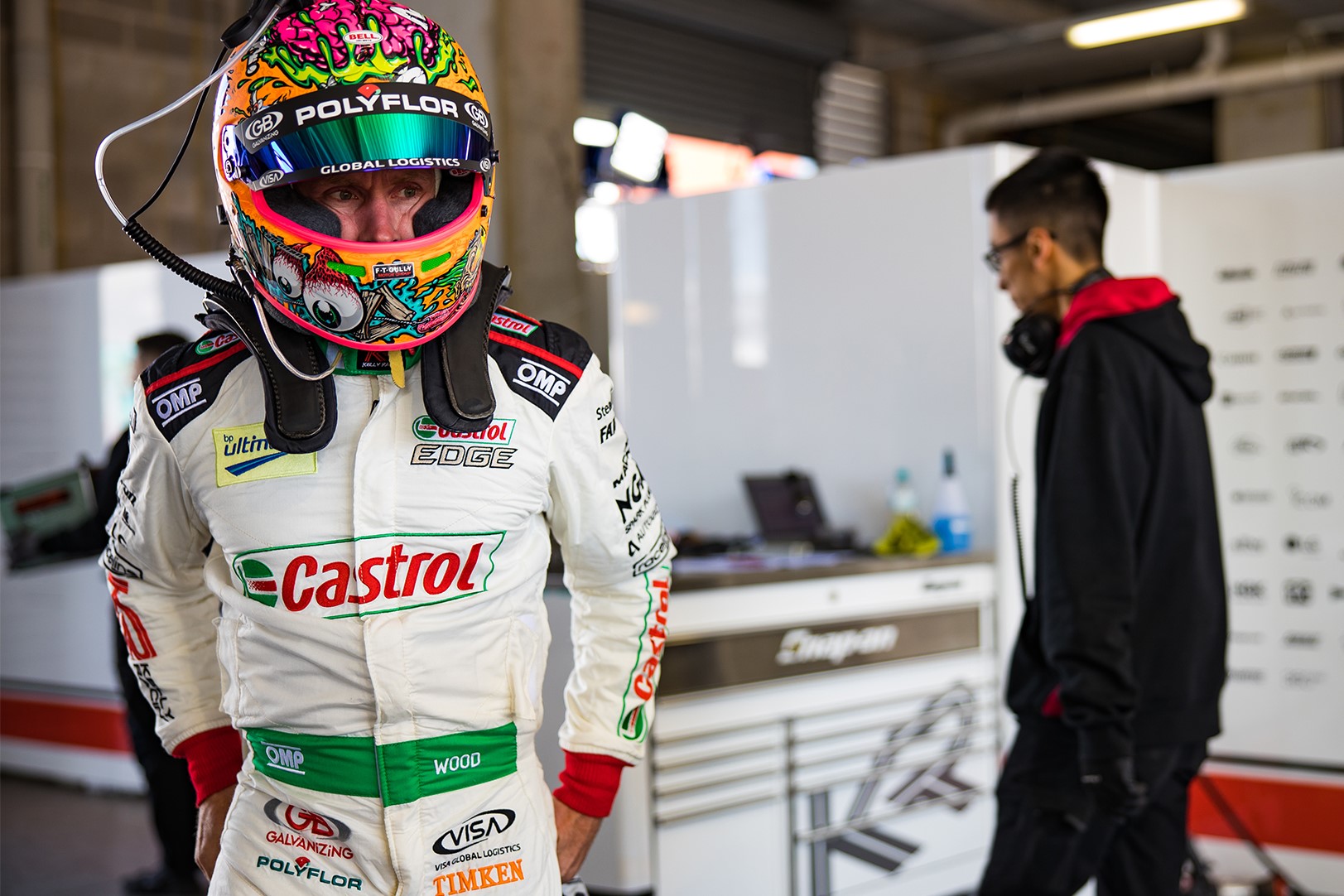 Kelly Racing today confirms that Rick Kelly will once again partner with Dale Wood for the SuperCheap Auto Bathurst 1000 where the pair will race the #15 Castrol Racing Ford Mustang.

Dale was one of the team’s founding drivers back in 2009 and re-joined the team last year to race alongside long-time friend Rick Kelly for the Pirtek Enduro Cup. Dale has had a long and successful career in Supercar racing as a main driver and a co-driver, though most recently he has been highly competitive in the Payce Porsche Carrera Cup series.

Dale’s experience, speed, and engineering knowledge made him an extremely valuable member of the team in 2019. Commercially Dale’s partnership with GB Galvanising also overlaps with GB’s support of Kelly Racing, so it made absolute sense for the team to extend Rick and Dale’s partnership to this year’s Bathurst 1000.

As the sole endurance round and finale to the 2020 Championship season, the Bathurst 1000 is now more important than ever, so having a driver as qualified as Dale is a big positive for the team.

Dale will get his first taste of the Castrol Mustang at Bathurst given that there are no scheduled co-driver test days this year and Kelly Racing looks forward to having him onboard.

“It’s great to have Dale onboard the Castrol Racing Supercar once again this year. He was an extremely valuable asset to us last year and it was a lot of fun having him around too so it’s great that we’ve been able to secure him once again to race in the Bathurst 1000.”

“Myself and Dale are good mates away from racing so last year we didn’t quite know how we’d work together in a racing sense but it turned out really well, his match fitness and engineering understanding were outstanding, he was able to actually provide a lot of feedback on the setup during his practice sessions which was a big advantage and in a lot of those sessions he was the quickest co-driver out there.”

“So no doubt he’s one of the best guys out there for this job and with the Castrol Mustang this year I think we’ll be even quicker as a team and hopefully have some good results.”

“Us guys from Victoria have been sitting around for a long time now not being able to do our sport so for us we’re chomping at the bit to get to Bathurst. It’ll be different how that looks with preparation leading into the event, in the past we’ve spent three days at the workshop practicing pit stops and driver changes and all of that stuff for Bathurst, plus the co-driver sessions at the lead up events, this time we’ll be spending a couple of weeks in hotel rooms.”

“There’s a bunch of us that are pretty fortunate that we’re now very experienced at Bathurst, I feel like the time out of racing won’t be an issue at all. The biggest challenge for me will just be getting to terms with the Mustang, I was comfortable in the car last year, so there will be a small adjustment to that, but the main thing will be not getting to do our usual build-up of preparation.”

“For me at the moment there’s no better combination than being back racing with my best mate at Bathurst, that’s going to be pretty cool.”