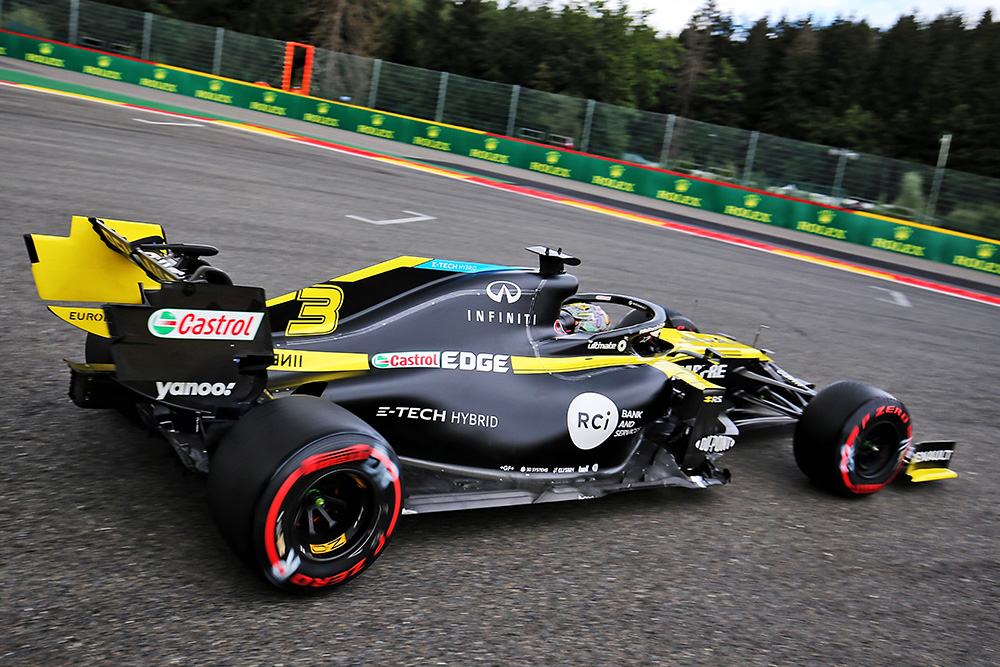 Team history
• Esteban Ocon lined up third on the grid in Monza in 2017, finishing the race in sixth, repeating that result the following year.
• Fourth position is Daniel Ricciardo’s best finish at the Italian Grand Prix, a result he equalled last season for the team.
• A Renault powered car last won in Monza when Sebastian Vettel secured victory in 2013 racing for Red Bull-Renault.

Renault Sport Academy
• Guanyu Zhou and Christian Lundgaard both head to Monza for the eighth round of the FIA Formula 2 Championship.
• Zhou is currently sixth in the Championship standings with four podiums to his name so far this season. Christian, meanwhile, is looking to bounce back from a difficult weekend in Belgium and put together a strong performance at Monza, a circuit where he secured pole position last year in FIA Formula 3.
• FIA Formula 3 also resumes its season in Monza, with Oscar Piastri heading into the penultimate round of the Championship in second position, just seven points behind the leader.
• Formula Renault Eurocup resumes its 2020 season this weekend in round three at the Nürburgring in Germany, with Championship leader Caio Collet and Hadrien David in action.
• After equalling Stoffel Vandoorne’s 23-consecutive point-finishes, Caio will have a chance to claim his first record in Formula Renault Eurocup if he finishes in a points-scoring position.

Drivers Daniel Ricciardo and Esteban Ocon and Chief Race Engineer Ciaron Pilbeam share their thoughts ahead of the Italian Grand Prix at Monza.

Daniel Ricciardo: “Monza is one of my favourite tracks. It’s probably not typical for my style as I love street circuits with walls and the close shaves. But Monza is high-speed and a lot of fun, especially with the low downforce as the car skates around. I really like the setting in the park and I certainly get a buzz there. It’s also home to the best pizza in the world, which is my weekend fuel. Although there won’t be fans there, you can feel the awesome energy about the place. My background is Italian, so I do love it there.”

Esteban Ocon: “Monza is a really fun track. I have good memories from there back in 2017, when I started the race from third after qualifying fifth in the rain. I had a good race fighting with the Ferraris, which was nice. In 2018, I qualified quite well in eighth and ended up sixth in the race, which was also a great result. My years in Monza have been decent and I’m going there with the aim of replicating Spa. That’s the target. Our performance in Spa shows we’re capable of some good things and the similar track characteristics means we should be in a good position to get strong points. I have quite close links to Italy. I lived there in my Formula 3 days with Prema Racing and most of my karting was also in Italy. I speak Italian, so I reckon 40% of my life is Italy!”

Ciaron Pilbeam, Chief Race Engineer: “We were competitive in Spa, and we’re hoping for another good weekend. We were competitive in Monza last year, finishing 4th and 5th, and we have just seen again that the car is good on lower downforce. If we can put together another weekend like the last one we hope to score some good points. The technical directive that comes into force in Monza, regarding qualifying and race engine modes, will affect all teams to some extent, and it will be interesting to see whether it affects the order of the grid in qualifying and the race.”