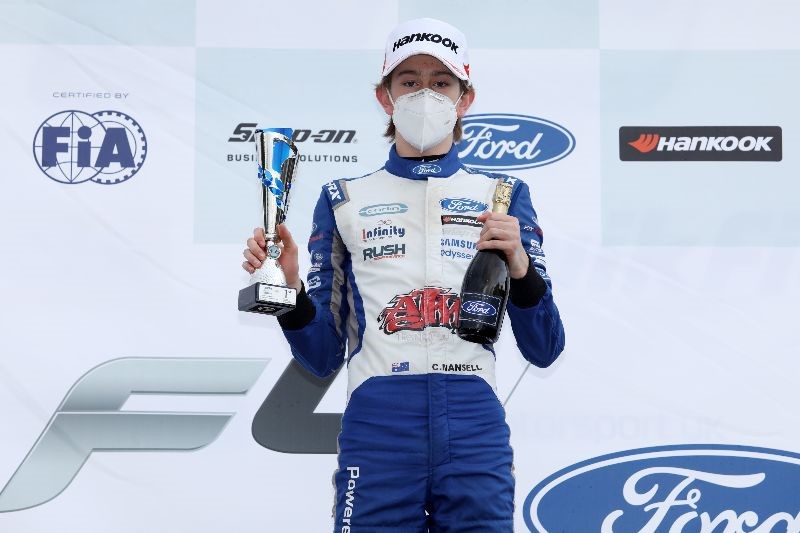 Christian Mansell produced an impressive display to record his fourth Rookie Cup win of the 2020 F4 British Championship season at Oulton Park this past weekend (22/23 August).

Coming off the back of a sensational weekend at Brands Hatch where the Australian ace claimed his first outright win of the season, three Rookie Cup victories and a cheque for £5,000, the Carlin racer collected another trio of rookie trophies in Cheshire.

Finding his feet around the 2.23-mile circuit across Friday’s two wet practice sessions, Mansell powered his way to the 12th fastest time in qualifying amidst ever-changing conditions.

Starting on the penultimate row of the grid, the New South Wales based driver was soon on the move as the lights went out, moving up a spot by the end of the opening tour and then jumping into the top ten before a mid-race safety car neutralised proceedings.

On the restart, Mansell set about making further progress as he pulled off a string of eye-catching moves to cross the line in eighth, adding to his points tally and clinching second place in the Rookie Cup.

Lining up in eighth for race two, the AJM Transport, Castrol and Vawdrey Trailers backed racer tackled the first wet race of his career so far in front of the live ITV4 television cameras.

Moving up a place on the opening lap, Mansell mounted a challenge for the top six on lap five. Unfortunately he out-braked himself heading into the hairpin and had to escape around the outer loop of the circuit.

The time lost put him at the rear of the field, but he was ultimately able to salvage a 12th place finish and more crucial points in the Rookie Cup battle with third in class. 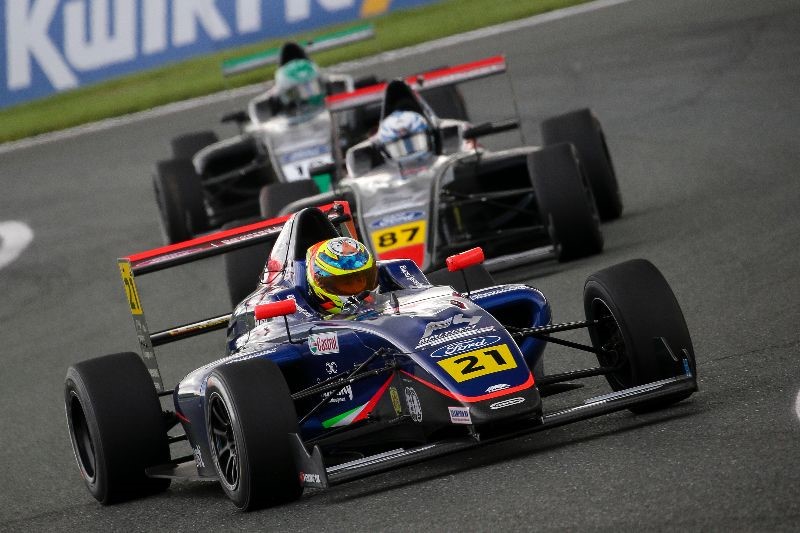 The 15-year-old enjoyed a productive final race of the weekend as he once again showcased his impressive racecraft to make progress through the field.

Getting plenty of airtime on the ITV4 coverage, Mansell fought through to an eighth place finish overall and with it a fourth Rookie Cup win of the campaign.

Christian Mansell: “It’s been a rollercoaster weekend with different weather conditions and a few highs and lows for me personally, so to end it with a Rookie Cup win feels great.

“Qualifying didn’t go too well and that’s an area I need to improve on going forwards, but I was able to make some good progress in races one and three. Unfortunately my own mistake cost me in race two, but it’s another learning experience in my first ever wet race.

“It’s all about trying to improve every time I go out on the track and we’ll be doing that again next weekend at Knockhill.”

Leaving Oulton Park, Mansell sits seventh in the overall Drivers’ Championship whilst maintaining his lead at the top of Rookie Cup standings. The series now heads north of the border to Scotland for three rounds at Knockhill on August 29/30.